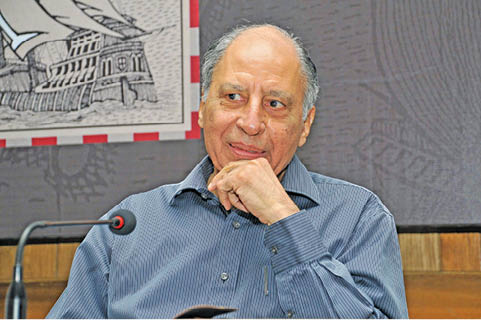 Well-known poet and short-story writer, Keki Daruwalla will be felicitated with the ‘Tata Literature Live! Poet Laureate 2017’ award on 16th November, 2017, at NCPA, Mumbai. The award, which carries a citation, plaque and a cash prize, will be presented to Daruwalla on the inaugural day of the fest, in recognition to his bitter, satirical tone of poetic presentation, punctuated by poignant visual imagery. Born in Lahore in January 1937, Daruwalla completed his English Literature from Punjab University in 1958 and published his first book of poems ‘Under Orion’ in 1970, followed by ‘Apparition’ in April 1971, going on to win the Uttar Pradesh State Award in 1972. The author of 18 books, including collections of poetry, short stories and a novel, he was conferred with the Commonwealth Poetry Award (Asia) and the Padma Shri in 2014. Ancestral Affairs, his latest novel, was published in 2015.