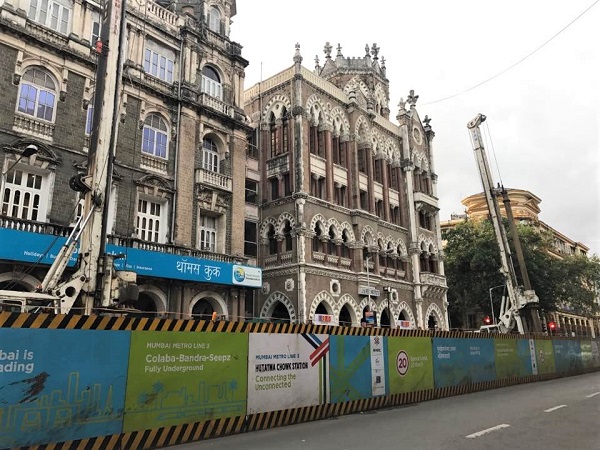 There has hardly been a more confusing time for the Community than today, when once again we seem to be divided. But this is not just any other issue – it is one that is most intrinsic to the Community, involving the sanctity of our religious structures and our religious sentiments. In our last issue, Parsi Times, staying true to its core mission statement ‘The Truth. Delivered Weekly’, had promised to provide our readers the absolute and comprehensive facts about the issue. In a bid to undo the misinformation that is rife in our community about the same, PT Asst. Ed., Delaveen Tarapore, delivers on that promise, putting before the Community all the facts you need to know about the Metro 3 Alignment, exploring and sharing all relevant documents and data, germane to the issue.

The controversy about the Metro III line seems unending. The 33.5km metro line, stretching across Colaba-Bandra-Seepz, is being managed by Mumbai Metro Rail Corporation Ltd, and is broken down into seven packages or phases. In order to provide a first-hand report, Parsi Times’ provides you with an independent investigation with the aim of presenting the complete truth to our community members with regard to the structural threat posed to ‘Anjuman Atash Behram’, ‘Wadiaji Aatash Behram’ and ‘Bhikha Behram Well’.

It is vital for our community members to know the specifics and understand the facts of this underground construction, in order to sift the truth from the maze of misinformation that seems to be heaped upon us. Having gone through the unending information regarding this topic voiced ad nauseum by our Community across numerous social media platforms, main stream media as well as in person, I met Mr. Subodh Gupta – Director MMRC, Projects, and procured the blue-prints of the constructions of these areas and discussed with him our Community’s concerns. The data and facts he shared with me, are reproduced as under:

Basic Facts:
The underground area is divided into two layers – Soil Layer and Rock layer.
The tunnels are 22 ft in diameter.
The calculations of each facet of our places is based on the ‘Nearest Point of the Closest Tunnel’ (for greater precision).
The depth and soil structure underground is measured by MMRC with the help of a bore well.
The dimensions taken by MMRC of various facets of our religious places are direct or indicative. 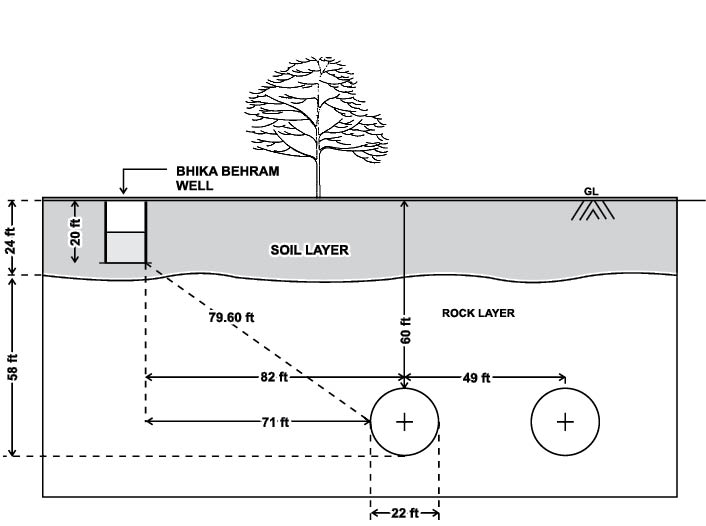 In conversation with Mr. Gupta:
PT: Is our water table going to be affected?
Mr. Gupta: The water table is 20 feet deep. It is understandable that your ancestors who dug up the well did so only till the soil layer existed, which is what draws water. Any digging beyond into rock layer is futile. We are digging 36 feet into the rock layer and 70 feet away from the well, so in no way will the water table or its flow get affected. 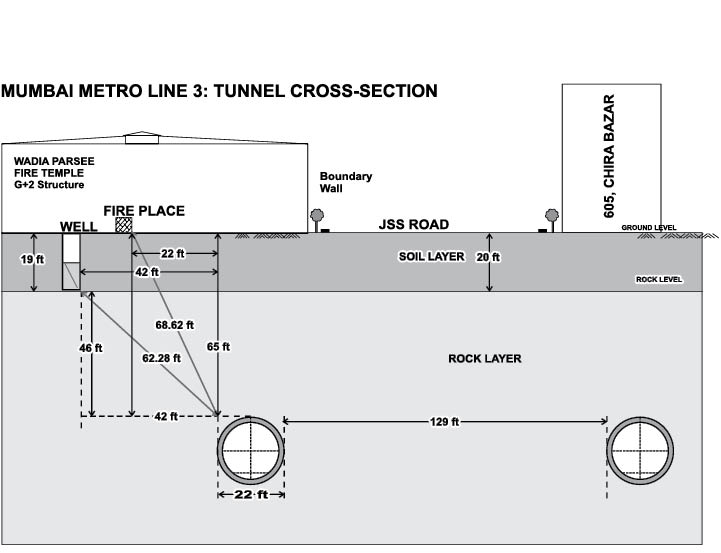 In conversation with Mr. Gupta:

PT: Will our Wadiaji Atash Behram structure be affected due to the vibrations when the tunnel construction begins?
Mr. Gupta: Firstly, I would like to mention that your structure, apart from being a heritage site, is the strongest in the area compared to all the other buildings. It is in extremely good condition with its low weight, wooden rafter roofs and other components. Structures such as religious places, important infrastructures and heritage sites are termed as ‘sensitive areas’ by us and we follow a very stringent criteria with regard to its impact, while carrying out the process. We put strong limitations and even slow down the tunnel digging, which takes place along with the concrete steel shield, created as a result of a collaborative process. This slowing down of digging is done to contain the vibrations. As far as our last reading of vibrations are concerned, we have measured 2mm/sec vibrations, while the permissible limit allowed at any heritage site is 5mm/sec. 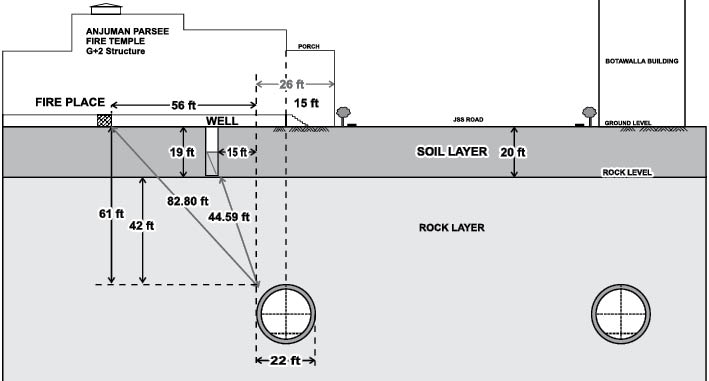 In conversation with Mr. Gupta:

PT: Where is the proposed Kalbadevi station, which is closest to our Atash Behrams, going to be built?
Mr. Gupta: The exact entry and exit point for people using the Kalbadevi station is going to come up on the opposite side of Wadiaji Atash Behram on JSS road. The exact location is where Kapadia Chambers and Khan House is located.

PT: Is the Anjuman Atash Behram at risk due to vibrations?
Mr. Gupta: We are going to follow the exact same strict limitations and criteria for Anjuman Atash Behram as we are doing for Wadiaji Atash Behram, so the vibrations will be extremely low and well within the permissible limit. The technology that we are using is the same used for the construction of the Metro in Delhi, Chennai or to even say, Barcelona and Rome, which are loaded with heritage sites. The impacts are monitored closely and cautiously with each activity and the extent of it is confined to close monitoring and limitations

Since the metro III line is split into 7 packages, the construction near Bhikha Behram Well falls under ‘Package 1’, while the construction near Anjuman and Wadiaji Atash Behram fall under ‘Package 2’, all of which progress simultaneously. So far the constructions haven’t reached close to the three religious sites. The ‘tunnel boring machine’, which is a machinized way of tunnelling, creates a steel and concrete layer simultaneously, while the digging takes place. On a daily basis, the machine digs around 45 feet to 59 feet.

Mr. Gupta stated that this digging speed is reduced, depending on the need of each building under which the digging is taking place, so as to restrict the vibrations and any relative effects on the structures.

Please Note: The aim of this investigative report is to put forth facts and empower the Community with the truth so they do not fall prey to misinformation.