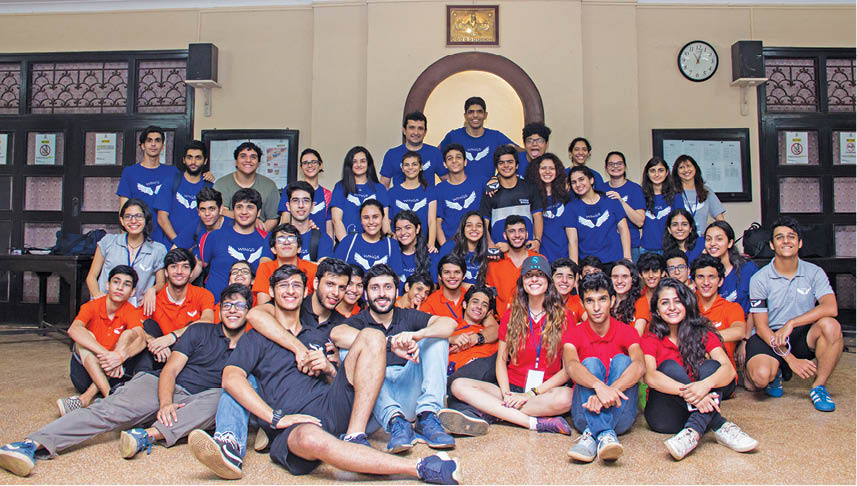 Last weekend witnessed the community flocking to Rustom Baug in numbers so large, you’d be left wondering if our numbers were actually dwindling! The Zoroastrian youth’s mega cultural and sports fest, ‘WINGS 2017’, with Parsi Times as Media Partner, kickstarted on 26th October, 2017, with six events executed back to back, and participants having to keep pace with the growing excitement!

WINGS divided the Rustom Baug lawn into various sections to facilitate the simultaneous working out of cricket, volleyball and other events. Variations like ‘Last Man Standing’ and ‘Power Play’ were tweaked into the games to enhance the thrill factor. Day 2 marked the beginning of the Volleyball event that had 18 teams fight it out with quick matches and no buffer time. Badminton matches attracted innumerable visitors. Saturday saw the finale stages of most major sports events. The finals went on till late at night, as the excitement peaked with players moving from one sub-venue to the other, fighting for their trophies! 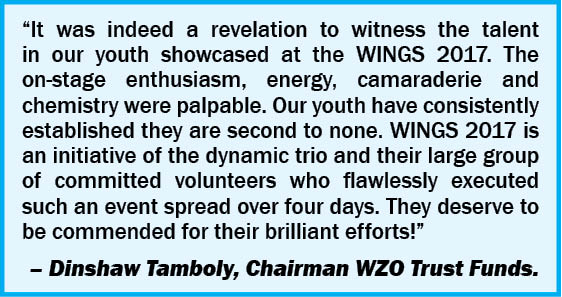 At the end of what was the most tiring yet exciting day, began the Midnight Treasure Hunt, scattered across South Mumbai comprising 25 clues, a two-hour time limit and an overwhelming response of 30 teams! Score tallying went 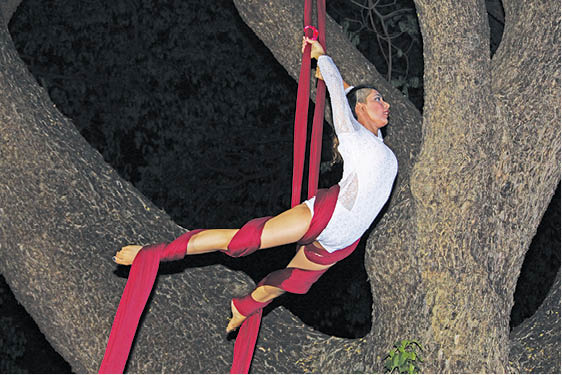 on till 3 am, as the hectic Day 3 finally came to an end. The final Day of Wings commenced with Throwball at 10am, followed by a few other competitions. The gala evening commenced with the effervescent Hormuz Ragina conducting the Just A Minute (JAM) rounds witnessed by over 100 people! The finale event, ‘Bawas Got Talent’ began at 7:30pm with twenty-five talented entries that included some of the finest talents like Franaita Jijina, Delzad Doctor, Behram Kapadia and Vivaan Roshan burning the stage with their genius. Vistasp Kothavala’s B-boying moves, Roshani Jamadar’s jaw-dropping aerial performance and Johaan Irani’s soleful singing were declared as the Top Three winners of the finale, respectively. Wings’17 recognised Sanaya Anklesaria as ‘The Most Valuable Participant’ for excelling in every aspect of the event. 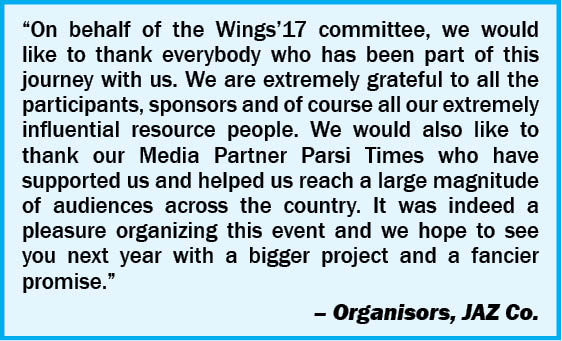 The occasion was graced by Community leaders including Er. Ramyar Karanjia, Diana Marfatia, Dinshaw Tamboly, Yazdi and Anahita Desai, while the members of the popular band – The Big Red Bus, Jehangir Pandey, and Sarfaraz Irani – along with director of Gandhi the Musical – Danesh Khambata judged the finale. The raffle was an Apple IPAD, worth 40,000, won by Allysha Khodaiji. 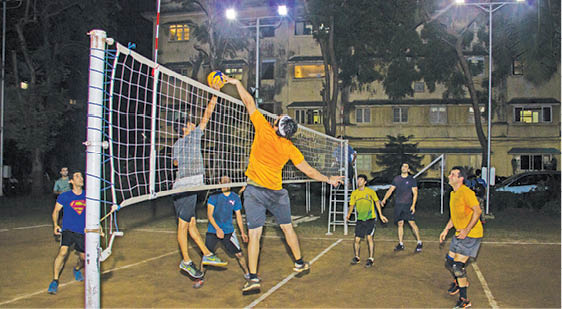 Flawlessly organized by Jeyhaan Carnac, Anahita Karanjia and Zaara Dastur (JAZ Co.), the event witnessed a footfall of 1,500 people over the course of 4 days. The event held 600 teams and individual entries for over 11 events, thus making ‘Wings’17’ hit the large scale it aspired for. Parsi Times is proud to provide the publicity platform for this event even in its initial stages last year. With gift bags worth Rs. 1,500/- were handed out to winners, the second edition is a testament of what the youth of this community is capable of, and a promise of what lies ahead.