Ever since I first contested the BPP election in September 2003, it has been my dream that the BPP be an oasis for the less fortunate of our community. Today I can proudly say that my dream has become a reality. Anyone who approaches the BPP for help is readily given succour.

THE CARING SIDE OF THE BPP:
The BPP is takes care of more than Housing, maintaining Baugs and Doongerwadi. It also provides medical, educational and monthly monetary help to deserving community members and goes beyond all this to also help individual community members who face unusual problems. The following instances show the BPP’s caring side:

…Handling A Tragedy: A family of three – a brother and two sisters in the age group of 50-60 years – who were not residing in any BPP Baug, but in another Trust colony located at Parel, suffered from severe psychological problems. They were ostracised by all the neighbours and relatives as they were seen as a nuisance and sometimes even as dangerous. The BPP and other Trusts supported them financially. The BPP even employed one of the sisters in the BPP Liaison Committee office as a helper, even though it was difficult to deal with her. Many times she was admitted to hospital by the BPP where she would create drama and get aggressive with the hospital staff and doctors. A couple of months ago she came to the Liaison Committee Office with a kitchen knife and scissors threatening to harm herself. With the help of Liaison staff and BPP personnel, she was taken to Masina Hospital for psychiatric help and treatment for her physical ailments. The BPP took responsibility for her as her guardian. Visits and consultations with doctors, providing clothes and snacks to her during hospitalisation was done by the BPP, treating her as a family member. Unfortunately she succumbed after a week of hospitalisation. The entire hospitalisation expenses were borne by the BPP. Her funeral was done by the BPP at Doongerwadi and her 4 days prayers were also done by the BPP at the BPP Godavara Agiary.

Her brother was deaf and dumb and the BPP was told that he was regularly tied to the balcony of the flat by the surviving sister and was extremely malnourished. The BPP was in the process of shifting him to a Home / Institution, but he too passed away within a fortnight after his sister expired. Here too the BPP, along with his relatives, helped with the last rites. Sadly, not a single neighbour or a Trustee of that Baug extended any help, even on his death.

…BPP ‘Adopts’ An Orphan: In 2009, a young girl died in Vasai, supposedly due to malnutrition and related medical problems. She was the daughter of a Parsi man who had been a khandia at our Doongerwadi and who had left the Doongerwadi and abandoned his family – his wife and 3 small children. The BPP stepped in along with other generous individuals, to look after this abandoned family. The father, who had abandoned his family, died in 2011, the second child died of AIDS in 2011, as did the mother in 2016. Only the eldest son survives. He is now 13 years old. The BPP has taken full responsibility of the boy. A couple – Daisy and Dinyar Shroff have agreed to be the official guardians and the BPP co-ordinates with them to provide all that is required for the child, including counselling for the young boy who has had a traumatic childhood. He is in a boarding school now and his holidays are organised in Mumbai by the BPP.

…Keeping You Safe and Sound: A newly married couple, with both outstation-based families, stay in a colony which is not under the BPP. They have been facing a lot of harassment from their neighbours – namely a couple who, the BPP was informed, were terrorising them and other residents with their aggressive and abusive behaviour. Many residents have made police complaints against this aggressive and abusive couple and written letters to the Trustees of this colony complaining about their intimidating behaviour. But no action has been taken by the Trustees. It came to such a point where the young, just married woman was assaulted and her ankle was fractured. It was the BPP who arranged for the frightened couple to be shifted to a hotel to stay for a few days till the girl’s mother came from out of town to stay with her. The BPP is now helping them move to a safer home.

…Dignity In The Last Days: An old widower without any children was living in a huge ownership flat in a high class Society in South Mumbai. He had broken off relations with his relatives and was living like a hermit. He had a fall and was not willing to listen to any neighbour or neighbours/building society persons and was shouting and screaming and lying on the floor. The Chairman of the Society approached the manager of an adjoining Parsi Baug for help as “he is a Parsi and your BPP can do something for him”. Our Manager went and helped the old man, bought food for him and even cleaned him up but couldn’t convince him to be hospitalised. After a couple of days of the Building Society persons and our Baug manager tried to get him hospitalised, but couldn’t, so the Society Chairman said that they would call the Police to move him to a hospital if the BPP could not have him hospitalised. The BPP then decided to forcibly take him to hospital as his condition was deteriorating. He was taken by Ambulance even though he was protesting and shouting. Sadly, he expired on being admitted to Parsi General and the police were informed as per procedure and his body was shifted to the JJ Hospital Morgue. At last his relatives were traced and they took charge of the body after a few days. The relatives expressed their gratitude to the BPP for looking after the old man during his last days.

…A Happy Ending: A senior Irani gentleman came by taxi to Godrej Baug. He was totally disoriented and could not even answer questions regarding his own identity or his address and whom he had come to meet. With the help of a concerned resident, he was taken to the Police Station. The only identification found on him was a BEST pass. Whatsapp messages were circulated for help to find out where he was from. The next day the BPP was contacted and it was advised to bring him to the BPP run Parakh Dharamshala where the Manager and staff fed him and made him feel comfortable. The Dharamshala staff was instructed to look after the man and make him feel at home till his family could be located. An Iranian man was called to converse with him in Dari language and then he opened up about his family and his relatives were called and he was reunited happily with them.

…BPP Is Here For Those With Nowhere To Go: In October 2016, the BPP received a frantic call from a Parsi Social worker of an Institution which runs a full day workshop for persons with special needs at Grant Road. One of their wards, a man of about 45 years old, who stayed at a Parsi Colony with his brother and sister in law, apparently had no place to go for the night as his brother was hospitalized and his sister-in-law refused to let him stay alone at home as she was in hospital with her husband. The Institution, being a day workshop had no facility to keep the man for the night. No relative was willing to accommodate him either. The BPP immediately told the Social Worker to bring him to the Parakh Dharamshala. The Parsi Social worker, a counsellor from the institute brought the man to the Dharamshala. The man was given dinner and shown the ward where he would be accommodated. He seemed very happy to be accommodated at the Parakh Dharamshala. The counsellor, gave her number to the Manager of the Dharamshala in case of any emergency. He is happy at our Parakh Dharamshala and it is now over a year that he is staying there.

THE MOBED AMELIORATION SCHEME:
The payment under the Scheme was temporarily discontinued since July 2015. The BPP has now cleared the monthly reimbursement of Rs 10,000/- to Mobeds of Moffusil areas outside Mumbai upto June 2016. The BPP intends to move all balance payments to a new Trust being set up by the BPP with Mr. Nusli Wadia and the Athornans.

MONTHLY DOLES:
Monthly doles to the poor of our community in Mumbai and upcountry ranging from Rs. 1,200 to Rs. 5,000 per month have been cleared upto December 2017. 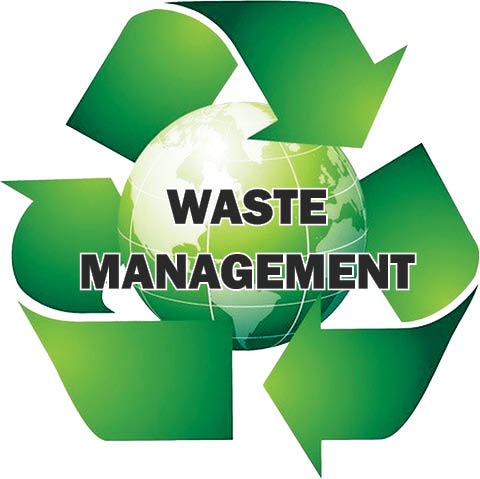 My colleague Trustee, Kersi Randeria has taken a personal interest in exploring various possibilities of managing waste disposal. My thanks to him for his remarkable initiative in this regard.

Our community has always been known to be at the forefront of answering the call of civic responsibility, especially when it comes to being sensitive towards our environment and the upkeep of the city. It is therefore, only natural, that when the BMC insisted upon all large building complexes and households to manage the disposal of their own wet waste, the BPP stepped in and has taken on the onus of managing the waste discharged from all its large colonies. The new BMC regulation requires that our household waste be segregated into ‘Wet Waste’ (comprising all food and naturally degradable items) and ‘Dry Waste’ (comprising plastic, metals, bottles, tins, containers, etc). ‘Medical’ and ‘Hazardous’ items like diapers, medical drugs and pills, etc. would have to be further segregated, wherever possible.
After the segregation, the responsibility for ‘composting’ (or converting wet waste into compost or fertilizer, which can be used to nourish the soils in gardens, flower pots, etc.) the wet waste lies upon the residents of such colonies. The BMC will not be collecting this waste from the colonies after the 31st of December, 2017.
As a first step, the BPP has been working towards understanding the various methods in which this waste could be composted. The Trustees, therefore have decided on what they believe to be the best way forward, to achieve this objective in the most ecologically-friendly manner, working towards a greener earth, in tune with Mother Nature. The Trustees visited all the colonies that come under this regulation, to identify the locations where the process of composting the wet waste can take place. All colonies, across the city, where composting is required, have been studied and the locations have been identified.

However, going a step further, the Trustees are also contemplating and studying the possibility of setting up a ‘Centralised Waste Management Plant’, subject to the solving of various logistical issues as well as determining whether there would be any statutory concerns to the establishment of such a project. If this project works, it could well be one which could showcase the Parsi community’s commitment to the Zoroastrian tenet of not polluting mother earth! And its success, as ultimately a self-sustaining waste management model, could well project our Community, yet again, to be one that leads from the front when it comes to such beneficial civic initiatives, as has always been in the case in our glorious past.

Of course, a project of this magnitude will call for the support of the entire community in terms of dedicated individuals, who together with the dedicated BPP Trustees, will come together to form a core team to make this project a success. Community members, who wish to participate in this historic project, as volunteers and supporters, are requested to write in to the CEO of the BPP, to support this Community Movement.

View all posts by Yazdi Desai →