These experiences should make you better, not bitter. 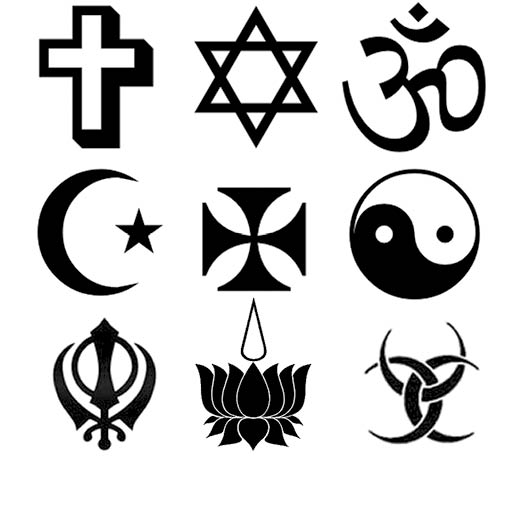 For centuries, men and women the world over, across race and creed, have asked the question, “Why, God, why?”, when disaster strikes. And, for centuries, religion has been trying to answer the question – how a Loving or Just God could allow His Children to endure such suffering. The question, “WHY do bad things happen to good people?” torments the soul most during one’s hour of grief. Do classical religious philosophies offer satisfying answers? I am not too sure!

Hindus view suffering in the broader cosmic context of a cycle of birth, life, destruction and rebirth – it’s seen as a punishment for misdeeds committed in this lifetime or past lives. Even the innocent who haven’t eradicated thier bad karma from past lives are susceptible to painful retribution in this one. Buddhist/Jain philosophy also toe the cause-and-effect line. Islamic philosophy says sufferance, pain or loss is about submitting to the Will of Allah. Christians explain the concept of suffering as God’s punishment of sinful people or the world as a whole. Some believe suffering is God’s way of testing one’s faith, others feel God is inscrutable and His will works in mysterious ways toward an ultimate but unknowable good. The Jews also believe that God’s sense of justice and His reasons for human suffering are unknowable but that God will punish the perpetrators.

Zoroastrians believe that human beings find happiness or sorrow according to moral and ethical choices made by each individual. The Sassanian times postulated the theory that Ahura Mazda (God) is Totally Good and Very Powerful but not All Powerful or Omnipotent. Ahriman or the evil spirit is not a creation of Ahura Mazda and at the end of Time; the latter will be completely vanquished. According to this school of thought, Ahura Mazda cannot and should not be blamed or held responsible for death, disease, suffering or pain in this ‘yet not perfect world’.

I have read and re-read many scriptural books and theological works. However, a convincing answer to the question – ‘WHY bad things happen to good people’ – continues to elude me. Prophets like Zarathushtra, Moses, Jesus and Mohamed probably knew the answer. But what mystics experience in their moment of Truth cannot be expressed in words. In the very process of expressing the mystic experience, the true essence is lost. No wonder the Gatha (the mystic revelation received by Asho Zarathushtra) is so difficult to interpret. Noted scholar Stanley Insler calls it “a book of 7 seals”.

Trying to fathom the origin and deep mysteries of this universe of evil with our very limited intellect is akin to measuring the Pacific Ocean with a 6 inch scale. Though one cannot know for certain who inflicts evil and why, we can endeavor to know what one can or should do when evil strikes. Gautam Buddha had a great anecdote on this. When one is shot with an arrow, does one waste time finding out whether it was shot on purpose or by accident, by a king or a commoner, from the ground level or from horseback…? The real and immediate need is to remove the affliction and pain, and not waste time on the unnecessary. The conflict in the human mind is much like this – who caused the earthquake or the Tsunami and why? Why is my friend’s child born blind or deaf? Why was my non-smoking father afflicted with cancer or heart disease?

The needed and objective response is – we have been struck with a calamity. Wasting time in figuring out the why isn’t going to solve the problem. Instead, let’s focus on a solution to the problem. Between stimulus and response is space. In this space lies our freedom to choose our response – to either grow or wither away. As they say, ‘When the going gets tough, the tough get going’!

Martin Gray, a survivor of the Warsaw Ghetto and the Holocaust writes about the travails of his life in a book called ‘For Those I Loved’. He tells how, after the Holocaust, he rebuilt his life, became successful, married, and raised a family. Life seemed so good after the horrors of the concentration camp. Then one day, his wife and children were killed when a forest fire ravaged their home in the south of France. Gray was distraught, pushed almost to breaking point by this added tragedy. People urged him to demand an inquiry into what caused the fire, but instead he chose to put his resources into a movement to protect nature from future fires. He explained that an investigation would focus only on the past, on issues of pain and sorrow and blame. He wanted to focus on the future. An inquiry would set him against other people – “Was someone negligent? Whose fault was it?” – and being against other people, setting out to find a villain, accusing other people of being responsible for your misery, only makes a lonely person lonelier. Life, he concluded, has to be lived for something, not just against something.

Most people whom I personally know have emerged stronger and wiser after personal tragedies. Some years ago, Mrs. Anu Aga of Thermax shared with me her struggle in coping with the death of her husband, son and a few other members of her family. She wrote, “My son was 25 with life ahead of him. All my wealth and position could not prolong his breath for even a minute. Death is a great leveler and God is not partial to anybody. A lot of people are very angry with God for taking away someone they love. But if the rule of life is that death is inevitable, why use God as a punching bag? We grow up believing, ‘the young do not die’, ‘death will come with old age’ and then blame God for shaking our unrealistic belief system. One visit to any hospital will make us aware of just how many people die in the prime of life! In fact, in our anger, we forget all the strength we can mobilize from within ourselves and from people around.”

Mrs. Aga’s philosophy deepens as she writes, “Most people refer to death as a tragedy and a disaster. The nature of the sun is to rise and set each day. Would you label the sunset as a disaster? The nature of life is to be born and to die and yet we, who are most unprepared for this natural process, look upon it as a tragedy. To me, not getting along with people when they are alive, and not investing in relationships which are important, is a tragedy.”

While concluding, I can only reiterate that I sincerely do not know WHY bad things happen to good people. But I think I know WHAT good people can do when bad things happen to them. I speak with some conviction here, having lost both my parents as an adolescent and having battled a life-threatening illness while I was still in my mid twenties. I have also lost some very good, close and dear friends. Today, I see all these ‘misfortunes’ as important milestones in my life. I have tried to accept with grace and fortitude (and tried to avoid questioning) the challenges that have been strewn in the pathway of my life. These challenges have helped me to grow in strength and wisdom. I had the choice to become either a better individual or a bitter individual. I chose the former.

And finally, to all those who have been recently bereaved or feel bereft and distraught, may I say that we do not necessarily have to rely on memories to recapture the spirit of those we have loved or lost. They live within our souls in some perfect sanctuary which even death cannot destroy. Please accept ‘finite disappointment’, but never lose ‘infinite hope’.