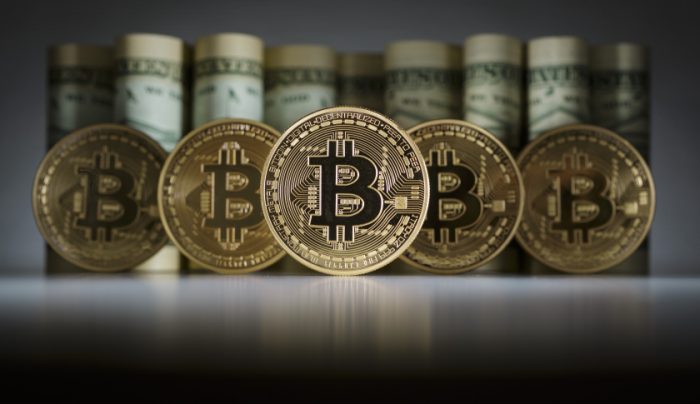 There’s been an increasing buzz in the air with words like ‘Bitcoin’ and ‘Cryptocurrency’ and ‘Bitcoin Blockchain’ etc., being used with increasing regularity, proportional to your growing confusion. Shahrzaad Parekh demystifies these concepts for your simpler and better understanding, as only a bawa can – with ‘Bitcoin For Bawas’.

A cryptocurrency is a digital currency or asset that uses mathematics and cryptography to secure and process transactions. Bitcoin – the most famous and most valuable cryptocurrency at this time – was originally envisioned as a decentralized peer-to-peer currency in a whitepaper that was published by an anonymous person or group of individuals under the pseudonym, Satoshi Nakamoto, in 2009.

Here’s an overly simplified way of explaining what bitcoin is and the significance of those two terms –‘decentralized’ and ‘peer-to-peer’ – as adapted from a gentleman named Nik Custodio:

I have one bhakra with me. You have none. I give mine to you.

You now have one bhakra and I have zero.

That was simple, right?

Let’s look closely at what happened:

My bhakra was physically put into your hand. You know it happened. I was there. You were there. You felt it. We didn’t need a third person there to help us make the transfer. We didn’t need to pull in Dorab Kaka (who’s a famous retired judge) to sit alongside us and confirm that the bhakra went from me to you. The bhakra is now yours! I can’t give you another one because I don’t have any left. I can’t control it anymore. The bhakra left my possession completely. You have full control over that bhakra now. You can give it to your friend if you want, and then that friend can give it to his friend. And so on.

So that’s what a face-to-face exchange looks like. It’s quite similar, whether I’m giving you a banana, a book, or say a rupee coin, or a brand new post-demonetization ₹200 rupee note….

But I’m getting ahead of myself. Back to bhakras!

Ah! Now it gets interesting.

Maybe I made a couple of copies of that digital bhakra on my computer. Maybe I put it up on the internet and one million people downloaded it. As you see, this digital exchange is a bit of a problem. Sending digital bhakras isn’t like sending physical bhakras.

What if it were possible to make a note of all available digital bhakras, their origins and their travel between different owners? What if we used an accounting book to track all transactions — a ledger. This ledger, since it’s digital, needs to live in its own world and have someone in charge of it, so that all the digital bhakras and their movement between buyers (people who get bhakras) and sellers (people who send bhakras) can be tracked.

There’s a bit of a problem though… What if some guy who operates and tracks all the transactions created more bhakras? He could just add a couple of digital bhakras to his balance whenever he wants!

Going back to when it was just you and me and the physical bhakra that day, how can I just hand over my digital bhakra to you without the need for any third party like Dorab Kaka (whose judgments are law in most Baugs) to verify and authenticate it?

What if we gave this ledger — to everybody? Instead of the ledger living on some third party’s computer, it’ll live in everybody’s computers. All the transactions that have ever happened, from all time, in digital bhakras will be recorded in it.

You can’t cheat it. I can’t send you digital bhakras I don’t have, because then it wouldn’t match up with what everybody else in the system has in their own copies of their respective ledgers. It’d be a tough system to beat. Especially if it got really big. Plus it’s not controlled by one person (it’s decentralized), so we know there’s no single entity that can just decide to give themselves more digital bhakras.

This system exists. It’s called the Bitcoin protocol. And those digital bhakras are the ‘bitcoins’ within the system! The ledger that accounts for all bitcoins and how much has been moved where is called the ‘bitcoin blockchain’.

Within this system, the exchange of a digital bhakra is now just like the exchange of a physical one. It’s now as good as seeing a physical bhakra leave my hand and now appear in yours. And just like earlier, the transaction involved two people only. You and me — we didn’t need Dorab Kaka there to make it valid. It was peer-to-peer.

This is the general principle behind the working of bitcoin.

Disclaimer: This column is NOT intended to be a financial advisory or endorsement to invest in Bitcoins.

View all posts by Shahrzaad Parekh →