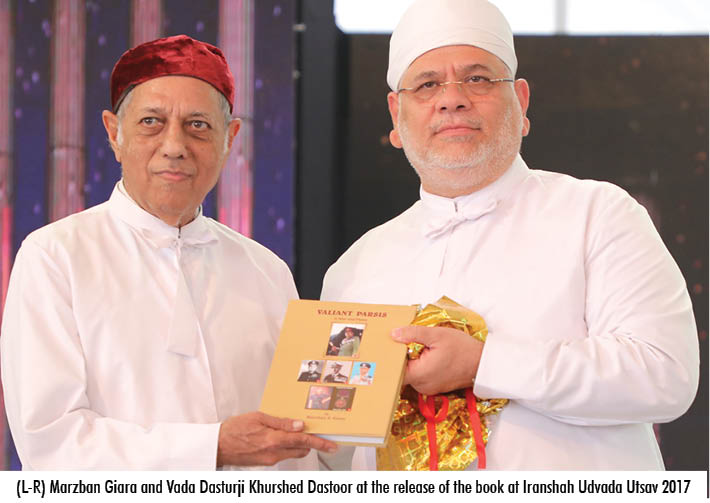 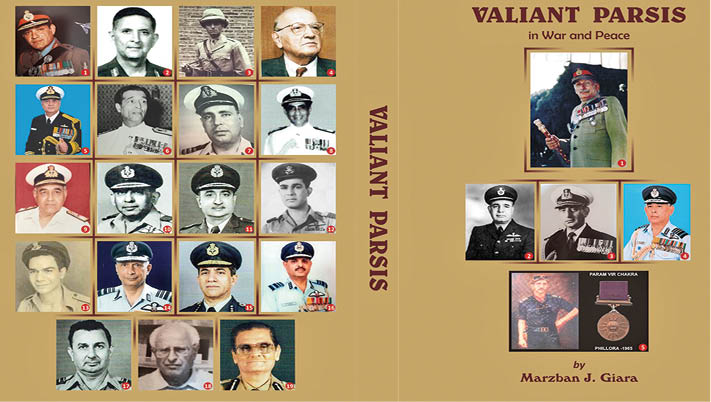 ‘Valiant Parsis in War and Peace’ by Marzban Giara, highlights our community’s military stalwarts like Field Marshal Sam HFJ Maneckshaw, all the Parsi service chiefs, and other highest-ranking officers of the Army, Navy and Air Force. The foreword by retired Air Chief Marshal Fali H Major introduces the book to readers as ‘the Parsi community’s Military who’s who which will find a place of honour in many Parsi homes and libraries’, and commends the author for his meticulous research of military data. By its very nature this work is a reference book, a collation of data and facts from many other books and publications duly acknowledged, and the author’s personal effort to reach out to individuals to request biographical notes and pictures of their family members who contributed to India during the war years and in times of peace.

The book starts with a list of awards and medals recipients – pre as well as post-Independence, with colour pages categorizing special awards and medals. The colour pages present life sketches of a few stalwarts including Field Marshal SHFJ Maneckshaw, Admiral Jal Cursetji, Air Chief Marshal Fali H Major, Khushro F Rustamji – doyen of Indian policemen and Director General, Border Security Force and Lt Col Adi Burjorji Tarapore, the only Parsi winner of the highest honour – the Param Vir Chakra posthumously. Short biographies of other officers follow, bringing alive the memories of the hardships they lived through, their patriotism and valour, occasionally acknowledged with medals and honours.

Later sections of the book cover biographies of Parsis in the Police Service, the Parsi Ambulance Division, and those who died during World War II. The Parsis contributed handsomely to the war effort, and their donations prompted the naming of three aircraft as ‘Parsis of Bombay’.

This is the author’s 42nd book which was released during the Iranshah Udvada Utsav 2017 by Vada Dasturji Khurshed Dastoor. The book is priced at Rs. 700/-, is available at Rustom Faramna Agiary at Dadar, Tata Agiary at Bandra, Karani Agiary at Cusrow Baug, Jame Jamshed office and Parsiana book shop as also with the author (email: marzbang@gmail.com).