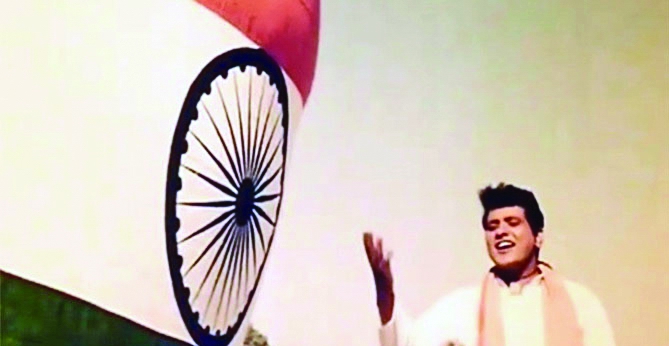 Commencing with the National Anthem, Principal, Zarin Rabadi introduced Chief Guest Zenobia Pithawalla by extolling her achievements and her passion not only in the field of advertising but also as a  recipient of the International Women’s Leadership Achievement Award and as a member of the jury at the Cannes Dance Festival 2016. The event proceeded with a ballet performance conceived and directed by Viloo Bharucha, followed by the Prayer Dance by the Pre-Primary tiny tots.

A prime element of the evening, a colossal play, ‘Rising Like The Phoenix’, written and directed by teacher Odine Madeira, and enacted by students of all ages, interspersed with humorous dialogue and dazzling dances, showcased various attitudes and aspects of mankind. This was followed by a spirited Bharat Natyam dance performance. Having felicitated all the dignitaries seated on the dais, Zenobia addressed the gathering and appreciated the efforts put in by the students. She touched upon the subjects of creativity, the importance of parents bonding with them children, but most of all she emphasized the importance of honesty, gratitude and prayer. Zenobia distributed prizes, merit cards, trophies and shields, to students who passed their SSC examinations in 2017, along with students from various classes for achieving excellence in academics and technology. An award was also declared for the ‘Best Student of the Year’ and the ‘Best Zoroastrian Student’. Delnavaz Parakh and Ruby Kermani delivered a vote of thanks and concluded the function with the School Anthem.