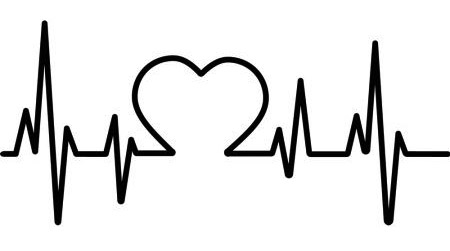 There is a school of thought which says that seven years is a turning point in romantic relationships, especially marriage. So is the fabled seven-year itch for real? It was the title of a 1955 Marilyn Monroe film in which she seduces her married neighbour. Films are fiction, pure entertainment. But today, there’s an unsettling notion that seven years is a crucial make or break period. Before her split with Tom Cruise, Nicole Kidman had proudly stated that she was past the ‘seven-year itch’. Seven proved equally unlucky for Jennifer Aniston and Brad Pitt. Ditto John Abraham and Bipasha Basu. Love evaporates at around seven years in many relationships.

These beautiful people had so much in common. They were all (apparently) blissfully happy, gorgeous, successful and head over high heels in love. So it’s certainly a point after seven years, at which closeness may start to dwindle. Don’t forget that every love relationship starts with explosive excitement, followed by a decrease in satisfaction over the next four years. In other words, the gloss wears off.

In a marriage, after seven years, if there are no kids, it may feel like a long time since there’s been any excitement. If there are kids, it might be the first time you’ve come up for fresh air and re-evaluate your re-lationship after focusing all your attention on your kids. In courtship, you only spoke of love but seven years into marriage, you spend more time discussing finances, the kids’ education, division of labour or that the washing-machine isn’t working. Marriage degenerates like the washing-machine since there’s less meaningful communication. As a result, sex becomes the first casualty.

Love is a beautiful thing but there are fifty other things that come during the day like cooking, keeping the house clean, taking kids to school, etc. So the couple stops paying attention to each other. Each spouse takes the other for granted. Things change. During courtship the guy would come home daily with red roses and chocolates. Now, the same guy seems to have changed drastically. There was a time he couldn’t keep his hands off you. Today, he comes home tired, increasingly grumpy and shooting straight for the TV. Push him at this stage with complaining, nagging or indifference and you push him away, sometimes to stray. A fling makes a spouse feel alive and sexual with all that sudden attention at a time when they felt ‘invisible’ at home.

Talking is the key- when you no longer want to talk to your spouse, the relationship is already on the rocks. It means you have nothing in common any more, it means you’re giving up, you feel it’s hopeless and nothing’s going to change. To avoid this, spend quality time on a daily basis with your partner, without children, friends or any other family member. Talk, communicate. Share ideas, discuss issues, take long walks, watch TV, movies and play, go for romantic dinners. The idea is ‘Let’s just the two of us have fun daily and to hell with the world.’ Avoid the little things that annoy each other. Consciously do things that please each other. Remember, love is not merely looking at each other but looking in the same direction, so have plenty of shared interests. If a couple is unable to remember when they last had fun or a huge laugh together, that’s a danger signal to repair your marriage. After all, we don’t wait until our car falls to bits before sending it for service!

When he wed Catherine Zeta Jones years ago, Michael Douglas declared that his womanizing days were over. He remembers his vows even today. There is a seven-year itch but you can avoid it without scratching!