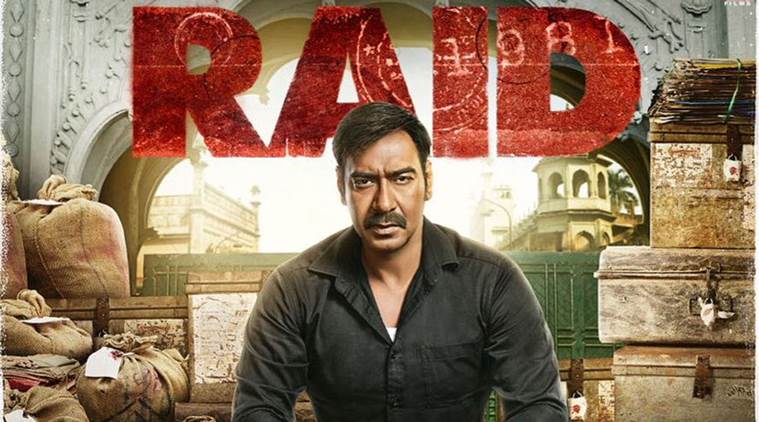 “Based on true stories”, claims the info during the opening credits, even as the film portrays the events during a single ‘search and seize’ raid in Lucknow in 1981.
Amay Patnaik (Ajay Devgn) is an upright (both physically and morally) Deputy Commissioner of Income-tax — a couple of elaborately staged scenes during the opening frames of the film establish his integrity and forthrightness. By his own admission, he’s been transferred 49 times in the last 7 years. And during his latest posting in Lucknow, he receives an anonymous tip-off of a huge amount — and caustical too —‘of Rs 420 crores of ‘black’ money in the ironically named ‘White House’. It belongs to the city’s most powerful and influential politician Rameshwar Singh (Saurabh Shukla), affectionately called Tauji and Rajaji by family and friends respectively.
After the first day’s searches come to zilch, Singh’s initial derision and contempt turn to dread and consternation, resulting in his dashing off to Delhi (courtesy a benevolent gesture by Patnaik) to meet the political bigwigs including ‘Madam Prime Minister’.
‎In an appropriate runtime of 128 minutes, the narrative by Raj Kumar Gupta (No One Killed Jessica) and writer Ritesh Shah is straightforward, although uni-dimensional. The film’s most engrossing and absorbing moments occur during the verbal clashes between Devgn and Shukla, with even the PM providing the proverbial twist in the tail. (When she calls up Patnaik, a particular dialogue would surely remind viewers of an earlier generation of the infamous 1971 Nagarwala case.)
Even as Singh flaunts his political connections and runs from pillar to post in Delhi,  Patnaik uproots, literally, the pillars and posts in White House in full view of Singh’s extended family, resulting in tons of gold nuggets being discovered by the investigating agency.
‎Ileana D’cruz, as Malini, Amay’s wife, is largely ornamental. Of the supporting cast, Pushpa Jain as Singh’s 85-year-old mother enlivens proceedings while Amit Sial as Lallan, Patnaik’s assistant with shades of grey, stands out — his dialogue delivery, in a couple of scenes, reminding one of Nawazuddin Siddiqui.
The film has its share of downside too — unwelcome songs hampering what should have been a taut narrative, eg. during a crucial scene, the song ‘Sanu ek pal chain’ clearly acting like a speed-breaker. But the film predominantly belongs to Saurabh Shukla, whose short physical stature clearly belies his towering screen presence.