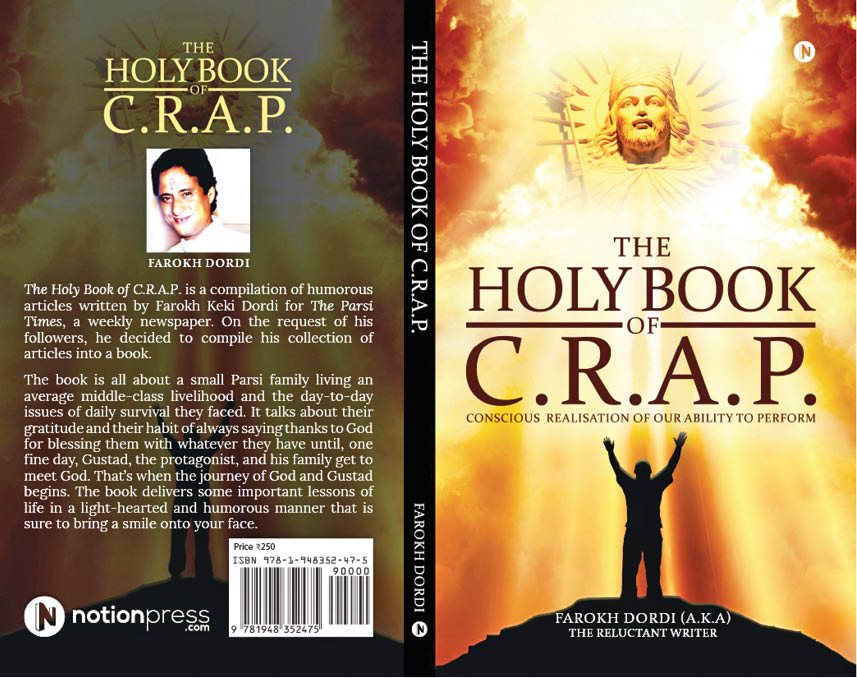 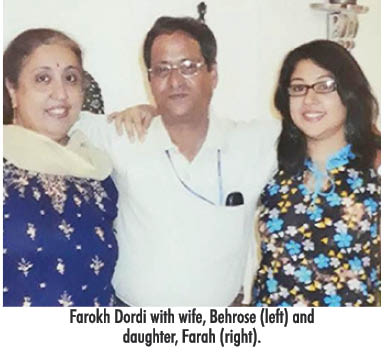 Parsi Times’ acclaimed writer and columnist, the late Farokh Dordi’s – known for his vivacious and famous series, ‘God And Gustad’ – will have his dream of having his writings published as a book, come to fruition, though posthumously, thanks to the efforts of his daughter, Farah Kasad. A voracious reader and devout Zoroastrian, Farokh began expressing his thoughts and emotions on various aspects and experiences a common Zarthusti through a series titled ‘God and Gustad’, which soon became a household name within the Parsi Community. With his ever-growing number of readers and followers requesting him to compile his writings and publish the story in a form of a book, Farokh decided to gratify his reader’s demands. However, due to his untimely demise in 2016, his daughter Farah took it upon herself to fulfil her father’s dream and thus began the journey of gathering and compiling various written episodes that culminated into the launch of ‘The Holy Book of CRAP’ – (Conscious Realization and the Ability to Perform’).

“It’s been a long time since I wanted to fulfil my dad’s wish of getting his book published. I remember the excitement on his face when he had finished writing it. He was so ecstatic, just like a small boy on getting a present from his parents,” said Farah who explains asserts the full form of the abbreviation – ‘CRAP’. The book revolves around a small Parsi family, with an average middle-class livelihood and the daily issues of survival that they faced. It talks about their attitude towards gratitude for whatever little they had, until the protagonist, Gustad meets God one fine day. The book delivers some important life lessons in a light-hearted and humorous manner that is sure to bring a smile on the reader’s face. “My dad believed in the power of good thoughts, good words and good deeds. His writings time and again propagated faith in God and Zarathustra’s teachings, as he truly believed that no matter how much one prays, if you lack faith, you will always be unsatisfied,” stated Farah who added that the journey of getting his book published was no ordinary cake walk, but turned out to be a success thanks to the efforts and support of her husband, Hormaz Kasad and mother, Behrose Dordi.