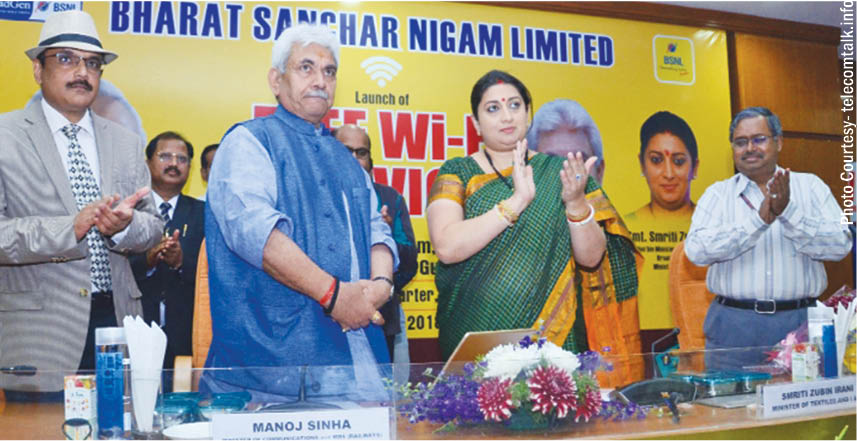 Parsi Times has been constantly updating the community about various measures undertaken by the Government of Gujarat to turn Udvada into a model village. Launched by PM Narendra Modi in 2014, the ‘Sansad Adarsh Gram Yojana’ program necessitated each Member of Parliament to choose one village and convert it into a model town, by fixing certain parameters. Under this scheme, Union Minister of Textiles, and Information and Broadcast, Smt. Smriti Irani adopted Udvada and allotted Rs. 8.41 Crores towards twenty-one aspects of development to be executed in our holy village.

One such commitment of ‘Free Wifi’, made under the Sansad Adarsh Gram Yojana Wi-Fi service, was officially launched by state-owned telecom player, Bharat Sanchar Nigam Limited (BSNL), on 22nd March, 2018. BSNL announced this facility of free Wi-Fi in the presence of Telecom Minister, Manoj Sinha and has so far installed two Wi-Fi hotspots with 17 access points within the town.

The population of around 6000 citizens in the village, as well as the surrounding area, will benefit from this service.