The Shady Saga of Munching Murgo and Dinky Derko

In the Jungle of PP, there existed a very unique combination of trees, animals, mammals and birds…

The trees were solid, basking in the glory of the past and looking down in amusement, and sometimes confusion, at what went on in the jungle…

Deep… in the mysterious silhouettes of the PP Jungle, lurking in the shadows, thrived a very unique and unusual pair – the ‘Munching Murgo’ and the ‘Dinky Derko’. 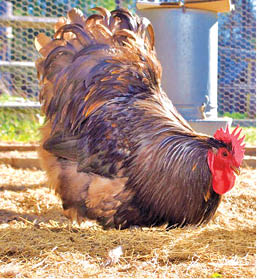 Munching Murgo had grown up in a palatial chicken farm, eating a protein-rich diet and forever preening and praising his own feathers, for what was only an accident of birth. For God Almighty could well have made him a cow or a scavenger… or God forbid – even a dastardly Derko! To the world, he was known as the Munching Murgo.

Dinky Derko, on the other hand, was born in mud and slime… always hiding in the murky waters of the unknown, and was at heart, a social climber. All his life till date, he was waiting for the Fairy Tale Princess to plant a kiss on his rather unsavory lips, so that he would hopefully change into a Prince! Unfortunately, failing in his quest for social recognition, he became disgruntled and vicious – often jumping around, biting and kicking. Making up for his vertically challenged stature horizontally, and forced to always look up at the world, he was known as the Dinky Derko. 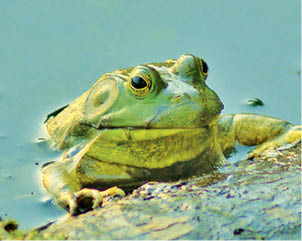 The old and majestic trees of the PP jungle looked down in amazement at the Murgo-Derko pair as they floundered around in the jungle – the oversized Murgo waddling around on his thin short legs, and the Derko jumping around, cursing the world in general and screaming obscenities at all and sundry, always hiding in dark corners… behind the cloak of obscurity.

You see, not very long ago, none other than Dinky Derko was the most aggressive, sworn enemy of Munching Murgo. Daggers drawn, they glared at each other across the expanse of the vast jungle, each rearing to decimate the other. 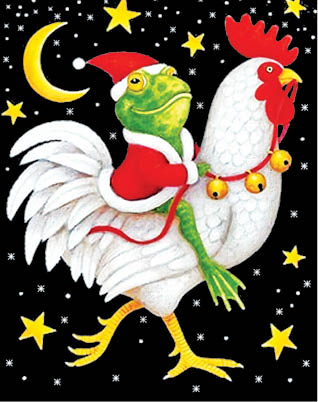 But then, came peace through the good offices of an unusual source. A kind human, patted both of them on the head and made them smoke the pipe of the jungle full of weeds and thorns. And peace prevailed.

And soon the entire jungle shuddered and broke into cold sweat to see how the Murgo, who had never a kind word to say about Dinky, started warming up to the Derko! After all, they had nothing in common… or did they?

One was the product of an accident of birth; while the other had grown up in slime. One strutted about because of his past (to which his contribution was zilch); whilst the other was forever seen in an aggressive posture (a reaction to his dinky size as well as the dark corners of his mangled world).

Even so, they struggled along, meeting once a week for a cuppa… and lo and behold! They developed a strange bond. An unholy alliance flourished in the dark corners of the jungle – too dark for the inhabitants – the trees or the animals – to see. 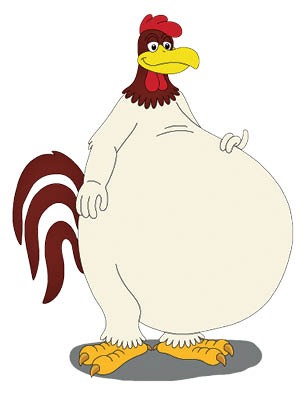 But, some of the mammals saw the conspiracy. They noticed the onset of the silent looting of the jungle where the fruits of the jungle started to slowly disappear, with only empty shells being left behind. And the chorus began… softly at first and rising to a crescendo.

The trees woke up and shivered at the enormity of the loot and the deviousness of the unholy alliance!

Did Munching help Dinky or was Dinky fighting Munching’s war? Where were the fruits disappearing? Were they being sent to the poultry farm or were they being buried at sea?

And as the jungle rumbled and the mammals screamed, the Derko took his brood towards daylight – trying desperately to achieve legitimacy. The brood croaked in unison, the sounds recorded for posterity by the mammals.

The Murgo, savaged by nature and years of protein, decided to lean on the back of the Derko in an attempt to waddle and swim to safety. 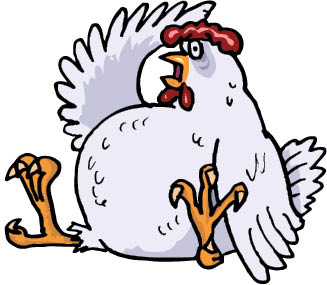 The spoils of the loot had to be divided. The dark corners were no longer safe as the mammals had started using torches provided by the lawmakers of the jungle. And so the unholy alliance came up with an unholy plan…

They decided to start a network of metro trains to give the trees and animals a means of commuting, hoping that as the majestic trees travelled from one junction to another, their eyes would not see the sight of the plundering and their ears would not hear the sound of the pillaging. And as they built one fictitious junction after another, they hoped and prayed that their past would be forgotten and their present hidden…

Will the unholy alliance succeed in hoodwinking the majestic trees of the jungle?

Will the waddling Munching Murgo and the slithering Dinky Derko win the day?

Will the jungle of PP be forever doomed to darkness and evil?

Or will good triumph over evil?

Through this column, I hope to continue revealing the darkest and deepest secrets of the Jungle of PP. And I hope that the majestic trees and animals of the world will read and prosper.

P.S.: Any resemblance to any character alive or dead may or may not be intentional. However to really appreciate the dark world of this jungle

we suggest you start from the top – and read the whole thing again! God save the trees!