The BPP Elections are just a couple of months away, with the date for voting declared as of Sunday, 1st July, 2018. Even as the Community eagerly awaits the formal announcement of candidates, Anahita Desai has come forward and confirmed her candidature towards campaigning for the seat of a trustee that will fall vacant on the expiry of Munchi Cama’s term, in July 2018. Social media, has of course been abuzz with this declaration in keeping with two main facts as regards Anahita Desai’s candidature – firstly that this would be her second attempt in vying for the Trusteeship of the Bombay Parsi Punchayet; and secondly, a question – will the fact that she happens to be the wife of our current BPP Chairman, Yazdi Desai, take away from the sense of professionalism in the Board? Parsi Times catches up with Anahita Desai, who takes the bull by the horns from the word go – diving straight into answering these questions in her usual honest, grounded and straight-forward manner that she is known and widely respected for. 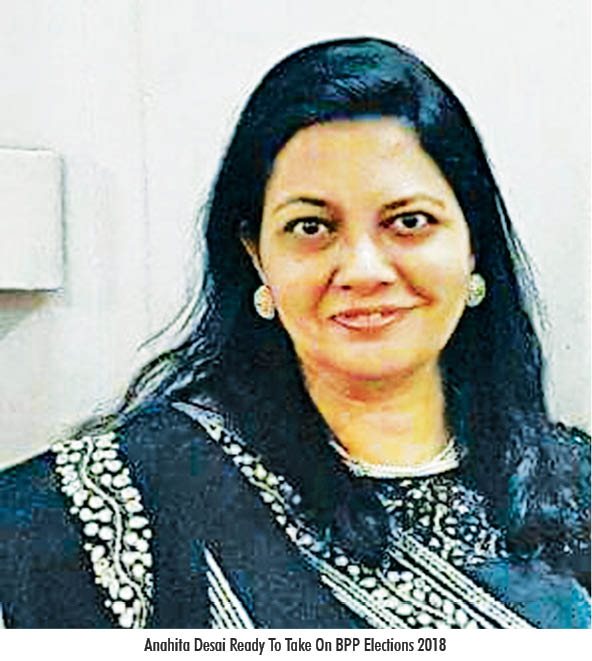 Parsi Times: Why have you chosen to contest in these elections?

Anahita Desai: I have dedicated the larger part of my adult life towards community service – that has been and will always be my primary identity. So, I don’t blame those who say if I’m already working with such commitment without being a BPP Trustee, why do I need to be one now? It is because I have personally witnessed numerous occasions where changes were desperately needed, and I wanted to take up projects to bring in the much needed relief to the community, but I was either refused flatly or had unsurmountable impediments put in my way – I would be told I had “no right to interfere” because I did not possess the formal platform or authority.

That is when I realized I needed an official platform to continue doing my community service without having to unnecessarily waste time, resources and efforts. The position of a BPP Trustee provides both – the opportunity and authority to do very much more for the community than it is possible to ever do from the outside. My husband has always endeavored towards making the BPP an oasis for the less fortunate of our community, and that is also what I wish to work towards as a BPP Trustee.

“Also, please let us accept the fact that the BPP has become a political office. I am contesting also because I am sick and tired of the politics being played.” 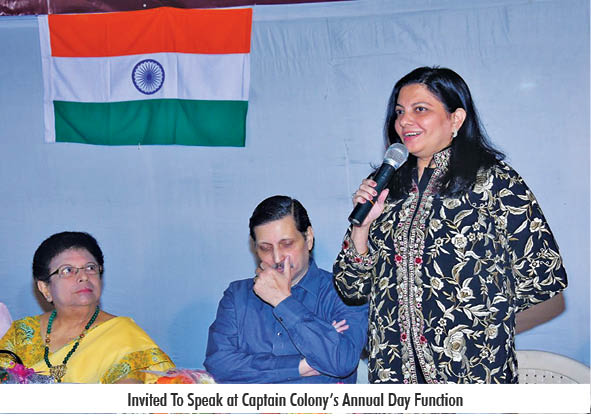 I see good projects and attempts to arrive at settlements started by the BPP – like the A H Wadia Baug Co-op Hsg Society or the decades old Aderbad legal issue – hampered by unnecessary and politically motivated objections from inside the Board and from vested interests outside. Case in point is the Bhabha Sanatorium where some Trustees wrongly supported residents who have not paid for the electricity consumed in their homes for over 15 years. Having a person like me who has full knowledge of the games being played just to hamper the work undertaken by the BPP gives that person the edge to combat and nullify these attempts instead of a naïve, gullible, inexperienced person who may be used as a pawn in the political games.

Parsi Times: You had contested in 2011 and lost to Munchi Cama. What went wrong the last time and how will you nip it this time?

“To put it simply yet absolutely factually, unfortunately my credibility lost out to money and muscle power in the last elections.” 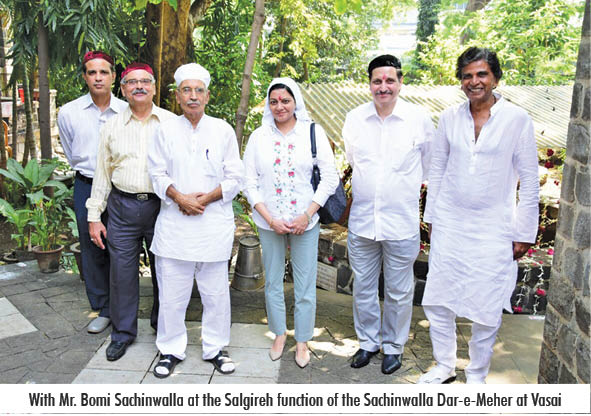 In 2011, there was no Voluntary Code of Conduct limiting the budget of how much a candidate is allowed to spend on their campaign.

“It was against my ethics to spend such a vulgar amount of money running into Crores of Rupees just to satisfy my ego for a win! ”

I chose not to compete with Munchi Cama’s numerous gambhars, his lavish parties in posh hotels and clubs, gifts of microwaves and cupboards, paid ‘volunteers’, and a string of false promises of giving houses, false propaganda and the drama at Rustom Baug, etc. This time around, with the Voluntary Code of Conduct in place and my resolve to counter every lie, I am optimistic and have full faith that our community members, through experience, will be less gullible, and I will be able to erase the factors that went against me. 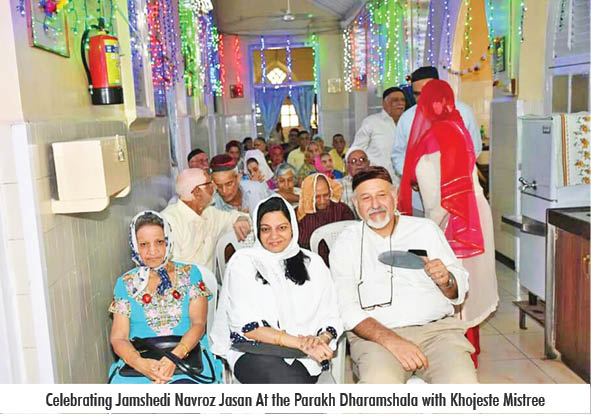 Parsi Times: What do you consider to be your strengths as a future BPP Trustee?

Anahita Desai: My strengths are my honesty, my accessibility, approachability and my proven dedication to our community panning over decades now. Another very important factor is the time I will devote to the BPP – I am already available 24/7! Having been around this long, I am in the unique position to have acquired indepth knowledge about both – the needs of the Community and the workings of the BPP.

Experience and knowledge of the industry/corporation always wins hands down over all else.

Parsi Times: What would be your contribution as a Trustee?

Anahita Desai: Everyone realizes that the big, big promises and rosy vision that candidates convey at the time of elections are seldom fulfilled. When making promises, candidates fail to take into account the ground reality, the potential lack of support on the Board, the financial constraints of the institution, the caliber of support staff, the time one can devote – all this ensures that most of the promises made at election time remain unfulfilled. Hence I will not make grandiose promises and instead let my work do the talking. 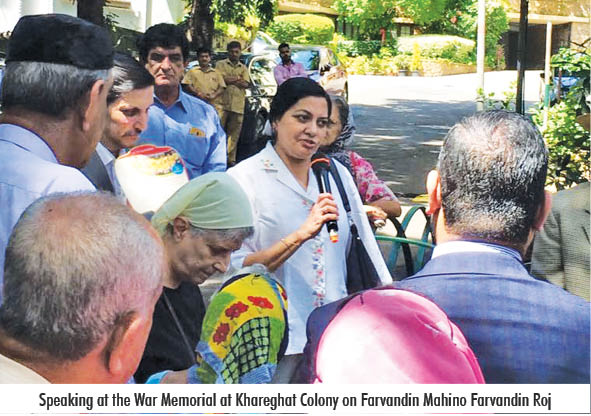 Areas in the BPP, where I can provide the much-needed push include a proper follow up on decisions taken by the Board – there is no tracker system in place to monitor the progress of a project or any task assigned to a particular Dept. For example, 4 years ago the Board took a decision to repair/change water meters in all colonies, but until now nothing was done. Many times no action is taken on decisions made by the Board as there is no system of follow up or tracking the progress of the implementation of a decision.

I also wish to put in place a good mechanism to disseminate information to the community – wrong information and lies are spread by vested interests when the BPP does not give out information. One recent example is the decision to collect Rs 200/- per month  from colony residents for picking up  their wet garbage by an agency. The BPP should have informed the community that the BMC had issued a last warning that from 1st April the BMC would not be collecting the garbage from colonies. Since the centralized garbage project at Ambavadi was scrapped, due to pressure from orthodox community members, the BPP was left with no choice. None of this was conveyed to the community. There is criticism that Colony Associations are not consulted on decisions which affect the residents – I would like to change that.

The BPP could also do with good Public Relations. For example, the BPP has to deal with many Government Agencies for its properties, statutory compliances, etc., but no attempt is made to maintain good relations with the officers and staff of these Govt. Depts. It is essential to maintain good relations with Institutions with whom the BPP deals with – Banks, Legal firms, Govt Agencies and Depts so that work gets done without a hitch. The new Joint Deputy CEO, Shehnaz Khambatta is putting this practice in place, and I would like to help her push it forward. Regular updates on Legal cases need to be provided to the Board. I will strive to try and amicably settle as many cases filed against occupants.

I’ve also heard beneficiaries complain that their letters written to the BPP do not get a response – that is another change I wish to put in as I want everyone to know they are being heard.

Parsi Times: Some people are creating a sense of unease in the community saying that it is unprofessional that a husband-wife couple are both in the BPP as Chairman and Trustee and that it takes away from a balanced Board. How do you prove this unnecessary and wrong?

Anahita Desai: If husband-wife issue had been a concern, then I would not have got 3500 votes in the last elections. Speaking from within the framework of the Parsi/Irani community, I will let the many examples of multiple members of an immediate family, serving at the same time on a Public Charitable Trust, be they husband and wife, siblings, father and son, or mother and daughter, speak for themselves. To name a few Trusts – which are PUBLIC CHARITABLE TRUSTS where the public has donated moneys for charity in the same way as they have in the BPP – would include

None of the above mentioned Trusts are family Trusts.

“I believe that one has to be judged by one’s track record of community activities, on having taken a stand on issues affecting the community and capability, experience and rock solid proof of an unwavering dedication and love for one’s community. I believe, in all honesty, that I have all these factors. Being a wife is incidental and should not be the factor to eclipse the positive factors.”

Parsi Times: What message would you like to give the Community as we approach the campaign season?

Anahita Desai: In today’s world, most election campaigns are also fought on the social media – so also will this campaign be fought. Unfortunately, I expect it to be dirty and ugly as all election campaigns tend to get. Judge the candidate not on what he or she is saying at election time, but on the candidate’s track record. His/her past actions, what he/she has stood for. In other words – look for the proof in what the candidate is saying. For example, if I claim to be orthodox, have I been able to prove by my past actions and track record, that I am indeed an orthodox?

“My sincere request to community members is to check facts, don’t fall for senseless forwards and please verify information before believing every bit of ridiculous nonsense forwarded on or off social media platforms. Ask your candidates for their track record, question them on issues. Don’t be gullible yet again!”