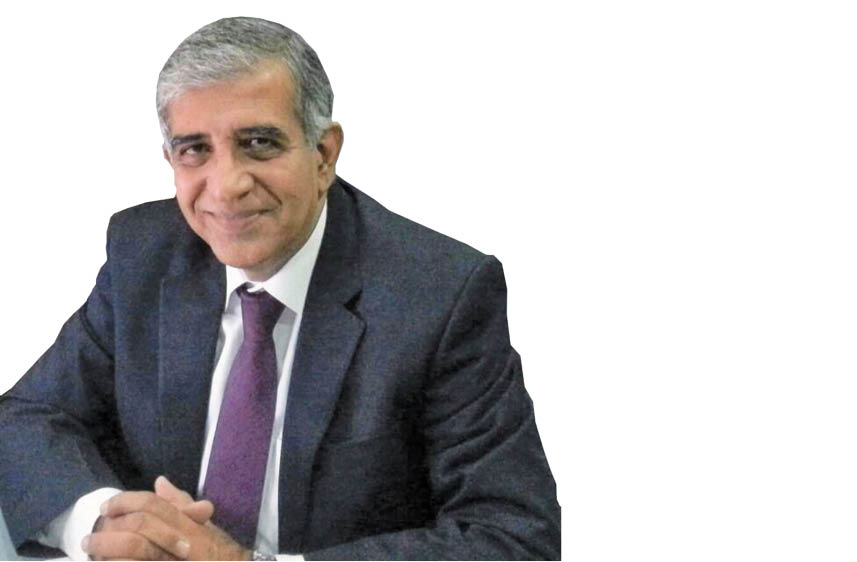 Parsi Times brings you an exclusive, one-on-one, straight-talk with BPP Trustee and PT Owner, Kersi Randeria, who has finally agreed to break his longstanding silence inspite of being under constant attack and unsubstantiated accusations which have intensified over the past few months…

Parsi Times: Why have you finally decided to speak up now?

Kersi Randeria: The straight-up answer is – unfortunately, it is election time once again, and the politicians of our community are out in full strength. Their main objective is to perpetually launch vicious, personal attacks on people by running them down. By doing this they hope to increase their own diminishinging credibility. Also, ‘throwing stones to hide their hands’ is yet another agenda they believe in.

Kersi Randeria: Historically, Dinshaw Mehta and his team of cronies generally start their perverse preparations six months before the elections. This time too, they kicked off with their gimmicks in December 2017, by publishing twisted truths and fabrications in a supplement unfortunately chipping away at the reputation of the time-honoured and prestigious Mumbai Samachar. Printed and published by Mumbai Samachar and distributed free in various Baugs, this supplement appears not to be a part of the actual paper. Distributed under the guise of ‘exposing BPP’s activities’, like a virus it spreads a lot of dishonest and untrue information that is twisted and manipulated to suit their purposes. Unacceptable and contemptible personal attacks are also printed in this supplement – ‘Metro Junction’. This has started six months ago with the main vendetta of causing confusion within community members, with lies and rumours, for the elections in July.

Parsi Times: Why do you think this is for political purpose?

Kersi Randeria: I own a newspaper and I know how much it costs to print, publish, distribute and keep the copies running. For somebody to spend lakhs of rupees every month, there has to be a selfish, self-motivated interest other than mere reportage, as they claim to be doing.

Parsi Times: Why do you say these attacks are personal?

Kersi Randeria: If you read the weekly supplement they publish, you will see they constantly focus on only four of the Trustees – the prime Trustee under attack being Chairman Yazdi Desai. They also attack me to try and run down the good work that I’m doing in the BPP. I have been referred to as a “terrorist”, “pig-headed”, “dictatorial”, etc. I was legally advised that being called a “terrorist” in a publication is per-se defamatory, and I could file for defamation against the author, printer, publisher, editor and the owners of the publication. However, personally I am not inclined to involve the entire Cama family in a litigation of this nature, though I’m keeping my options open.

Extremely repulsive and pathetic was the attack on Yazdi Desai in one of their issues (on Bhabha Sanatorium). At a time when he was unwell, there were numerous false rumours about him being seriously ill. The last few lines of the article said, “HOW LONG DOES THE COMMUNITY HAVE TO SUFFER HIS (Yazdi Desai’s) VINDICTIVE RETALIATION? PERHAPS GOD WILL SOON ANSWER THEIR PRAYERS.” Such an abominable and depraved, cheap personal attack can only be made by a morally and spiritually bankrupt human with a perverse mind. As far as I can remember, never in the history of Parsi politics, has anybody stooped to such an obnoxious level of evil.

Hence I finally decided to speak up for two main reasons:

Parsi Times: Could you exemplify any such issue when the Community paid the price?

Kersi Randeria: One of the most glaring examples is the attachment of our property at Godrej Baug – the facts about which I intend to bring before the community in the days to come.

Parsi Times: You seriously believe that all this has only to do with politics?

Kersi Randeria: Look at the last elections where Arnavaz Mistry, a record-breaking candidate had to bow out to Dinshaw Mehta’s dirty politics. There were two candidates whose intentions or chances of winning the elections were virtually non-existent. One of them lives in Cama Park in a house belonging to the Mehta family. These gentlemen violated the Voluntary Code of Conduct imposed by the Community seniors before the 2015 elections. They launched vicious personal attacks, by spending vulgar amounts of money, in cash, towards paid advertisements in Parsi newspapers, against the favourite candidate who was sure to win! These payments were allegedly not paid by the candidates who were merely political pawns.

Parsi Times: So what next?

Kersi Randeria: Some of my colleagues and I have now decided that should the political campaigning cross the line and damage the reputation of the Trust, by twisting facts to run down the good work being done by Trustees, we shall speak up and give the true picture to the Community.

Parsi Times: Why have you held your silence this long? Why not speak up earlier?

Kersi Randeria: In an attempt to protect and enhance the image of the BPP, the Trustees had agreed amongst themselves (and recorded this in the consent terms filed in the High Court) that they would neither publish, nor cause to be published, defamatory articles about other colleague trustees. We had hoped this would help rebuild the battered image of the BPP. However, the father of one of our trustees, who is not bound by these terms, has flagrantly violated the spirit of these consent terms by writing rubbish about the 4 majority trustees, while trying to project the other 2 trustees as victims of the tyranny of the majority! This is utter humbug as almost all decisions are unanimous, and only subsequent to the decisions being implemented, this twisting of facts takes place.

Parsi Times: Aren’t you still bound by the Consent Terms?

Kersi Randeria: Yes, we are, and we fully intend to respect the same, not just from the legal aspect but also because we believe that BPP’s image must be restored, making it the moral duty of all trustees to stay within the boundaries set by ourselves. It is very unfortunate that even things that have been discussed and agreed upon between the trustees in the chambers of the Hon’ble Judge Justice Kathawala, have been completely twisted and made to sound contradictory to what really transpired. What is worse is that even what has been agreed to in the Chambers is blatantly violated by some trustees, who take undue advantage in the knowledge that unrecorded verbal commitments, which are not part of the consent terms or a judicial order, may not be legally enforceable, without further due process of the law. This is tragic. However, respecting our commitment, we have chosen not to comment on the same.

Parsi Times: There are constant attempts and attacks trying to project you as someone in a place of authority as a BPP Trustee, misusing his power. What do you say to that?

Kersi Randeria: The author of this supplement often refers to me as the “defacto chairman”, the “mover and shaker”, etc. That only goes to show that the author seems to believe that I am the Trustee who is doing the maximum work for the BPP! By making such comments, the author is effectively running down his own family member, who is also a trustee, and who, by implication, is neither doing much work, nor is proving to be an effective trustee. As for the community members who have reached out to the BPP and to me as a trustee over the past two and a half years, they will vouch for the work I put in. In an effort to counter the positive work being done by the BPP Trust, in general and me in particular, such unfortunate and dishonest statements are being made. In conclusion, it would suffice to say that the volume of my work will muffle the cacophonous decibels of these elements, which will soon be lost in the wilderness of time.