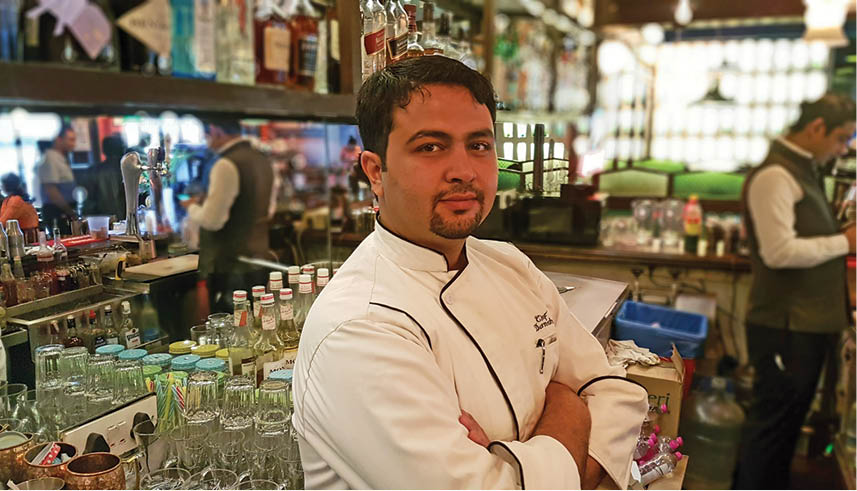 Chef Danesh’s childhood revolved around the hospitality industry, with his grandfather owning a restaurant and bar, while his father owned a café and bar, which initially stirred his interest in cooking. Soon he took over the reins of his father’s café, and obtained a degree in Hotel Management from the Institute of Hotel Management and Catering Technology, Chennai, following which he joined The Inter Continental group as a chef where he worked for two years before taking up an offer from Hyatt Capital Gate in Abu Dhabi.

Having acquired international experience, Chef Danesh returned to Mumbai with a dream of innovating the ongoing trends in the city. It was then that an offer from SodaBottleOpenerwala came along and he seized the opportunity. Today at SodaBottleOpenerwala, Chef Danesh is responsible for recipe conception, innovation and standardisation at their multiple outlets. It is with his initiative that the breakfast menu was started at their outlet in Bandra Kurla Complex (BKC). Asserting the need to have a healthy first meal of the day, Chef Danesh said, “People have forgotten to have breakfast, despite it being the most important meal. And that was the challenge we faced while devising the breakfast menu – to have dishes so tempting that people would rush to start their day on a delicious, healthy note.”

Check out the restaurant’s Wrestler’s Omelette – one of the most popular dishes on the breakfast menu, along with the various Parsi style omelettes, Chicken Chilli Cheese Pav, Raasta Sandwich, and 100% Vegetarian Poro. The breakfast menu is served at BKC, Phoenix Mall – Lower Parel, Cyberhub – Gurgaon and Khan Market outlets of SodaBottleOpenerwala every day, between 8:30 am to 12:00 noon. It is soon expected to be launched at the brand’s Bangalore outlet.