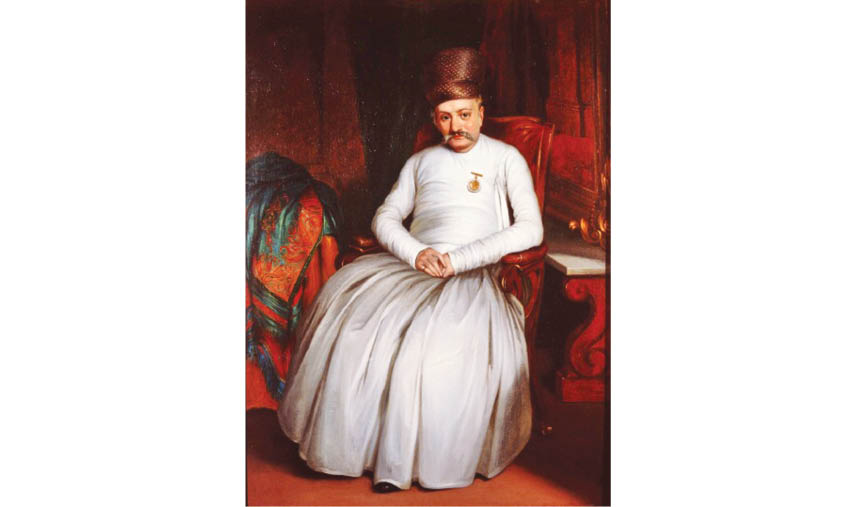 14th April, 2018 marks the death anniversary of one of our Community’s leading stalwarts – Sir Jamsetjee Jejeebhoy. In honour of his greatness and unparalleled philanthropy towards our Community and our country, Dara Khodaiji presents a tribute to Sir Jamsetji’s long-standing vision towards education…

On 14th July 1783, one of the greatest Parsis that our Community was blessed with, was born in a humble little place at Yatha Vario Mohalla (somewhere near the present-day Crawford market). Jamsetjee Jejeebhoy was a man of humble beginnings but went to became a pioneer in organised philanthropy and one of the greatest philanthropists of our country. He practiced, what came to be known as’ Gandhiji’s Theory Trusteeship of Wealth’, long before Gandhiji was even born!

Jamsetjee gave in abundance and he gave with extravagance. He gave not to escape taxation or reap any other benefits, and he gave without any inhibition irrespective of caste, colour or religion. Dr. Jal H. Wadia, in his book, ‘Life of Sir Jamsetjee Jejeebhoy’, writes “charity was his religion.” He goes on to say that even as a little boy, “he had formed the good habit of giving every morning a little money to the poor” and “kept up this habit of liberality till his death, the benefactions becoming naturally greater and greater as his wealth increased.” No human or humane cause went in need if it came to his notice.

National boundaries were meaningless to his philanthropy. He donated generously to the fire in Hamburg, the war widows of the Afghan war, the famine fund of Ireland and even to the French people during the great cyclone in France, even though he had suffered at the hands of French during his second voyage to China when he was returning to Bombay, in December 1802. This was during the time of the Napoleonic wars. The English men-of-war escorting the heavily laden merchantmen (ships) were attacked by the French Warships. The Merchant-men were carrying rich cargo of young entrepreneur known then as Jamsetjee Batliwalla. Fortunately, the French were defeated and repelled by the British escorts under the command of Sir Nathanial Dance at the Battle of Pulo Aura.

Unfortunately, during his fourth voyage to China, French men-of -war attacked the Merchantmen in which he was travelling out from China to Bombay but this time his escort ships, under the command of Captain Grant, could not repel the French attack. The British surrendered. The French took charge of all the cargo and all the passengers were dropped off at the Cape of Good Hope. Penniless, young Jamsetjee, in soiled clothes and starving, found his way back to Calcutta, thanks to some European ladies who helped him. His fifth voyage was a great success. This was the last voyage in which he went personally. Now he had seven ships of his own, the ‘Good Success’, being his first ship.

Here, I am writing as an alumni of Sir Jamsetjee Jejeebhoy’s School(s) and how much it has benefitted thousands of Parsi boys and girls, and also non Parsi students since 1958. Sir Jamsetjee Jejeebhoy himself did not have the benefit of formal education, yet he was not by any means, an illiterate person .He was self-taught and he had learnt much by experience. He was fluent in Gujarati which was his mother-tongue but he had acquired fluency in English too. A man without any formal education became the founder of ‘Bombay Times’, which was later re-named, ‘The Times of India’ – India’s leading English daily today. He was appointed as member of the senate of the Bombay University; he established Sir J J School of Art at a time when there were hardly enough schools for even formal education. Sir Jamsetjee served on several boards of Education Societies. In fact, he was also the first member of the Board of Education.

He lived in exciting times. The world had changed from sailing ships to steamers and from bullock-carts to railways. Man had already started flying in hot air balloons, strides were being made in printing, photography, medicine and technology. Sir Jamsetjee must have felt that Parsi boys should not be left out of the fascinating new world, advancing and developing. He believed Parsi boys needed to be educated, and after five years of constant negotiations with the then Government, he started the first school for boys in 1849 in Bombay, enrolling 200 Parsi boys. It was situated in Bora Bazar of the Fort area and was called The Central English School that is now known as Sir Jamsetjee Jejeebhoy Fort Boys’ School. The building where it now stands was constructed as per his wish, over a decade after his demise on 14 April, 1859 exactly one hundred fifty nine years ago.

The Girls’ school was established in 1850, a year after the Boys School. It so happened that Dadabhai Naoroji, approximately twenty-four years of age then, approached the Trustees of the Sir Jamsetjee Jejeebhoy Parsi Benevolent Institution for help for the girls’ school run by the Students’ Literary and Scientific Society. This idea of a girls’ school must have appealed to Sir Jamsetjee very much. He was a quick thinking man and by the time Dadabhai finished explaining his needs, Sir Jamsetjee had already decided to start a school for girls the very next year in 1850. Thus the girls’ was born and along with the boys’ school, is still spreading education to thousands of children – a hundred and sixty nine years later, for which ex-students, like myself, are very thankful.

This was the man – Sir Jamsetjee Jejeebhoy, Baronet. I would like to sum up this benevolent man in words of Sir Winston Churchill with a slight change, “Never in the history of human endeavour was so much given to so many by just one!”