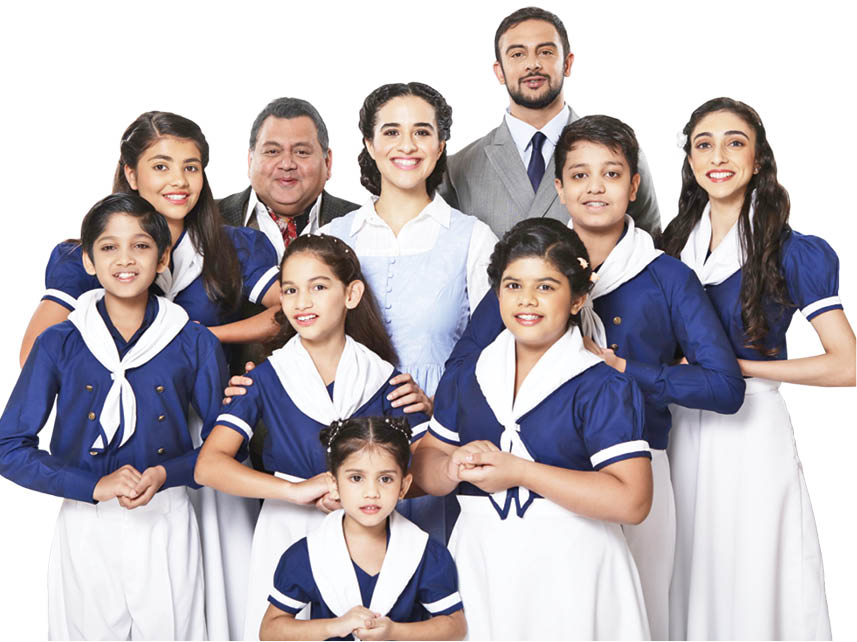 Raëll Padamsee’s ACE (Academy for Creative Expression) has joined hands with the CREATE Foundation (Children’s Research in Education Arts and Theatre Endowment, which was founded in loving memory of Pearl Padamsee as a Public Charitable Trust) to present the most favourite of all musicals – ‘The Sound of Music’.

When a postulant proves too high-spirited for the religious life, she is dispatched to serve as governess for the seven children of a widowed naval Captain. Her growing rapport with the youngsters, coupled with her generosity of spirit, gradually captures the heart of the stern Captain, and they marry. Upon returning from their honeymoon they discover that Austria has been invaded by the Nazis, who demand the Captain’s immediate service in their navy. The family’s narrow escape over the mountains to Switzerland on the eve of World War II provides one of the most thrilling and inspirational finales presented in theatre. Starring: Arunoday Singh, Meher Mistry, Kunal Vijayakar, Marianne D’Cruz Aiman and an integrated cast of over 150 actors, dancers and singers comprising  children from mainstream schools and Raëll Padamsee’s Academy for Creative Expression(ACE) and 6 NGOs, ‘The Sound of Music’ is produced by veteran producer Raëll Padamsee, directed by Advait Hazarat with music by Merlyn D’Souza.