It was a month ago that BPP Trustee Noshir Dadrawala had first expressed his desire to consider stepping down from the BPP. Concerned about the quality of discussions and the heated e-mail exchanges, Noshir Dadrawala had contemplated putting in his papers, in keeping with the possibility of an election being held (to fill in his place, should he resign) simultaneously with the oncoming election in July, to fill up the vacancy of Munchi Cama’s Trusteeship with his term coming to an end. 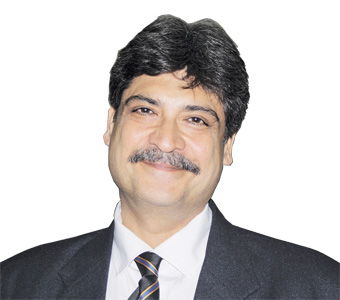 An area of primary concern for Noshir Dadrawala from Day-1, was to, at all costs, avoid a second election, which would have burdened the community and the Trust with an additional expense of Rs. 35-40 lakhs. Dadrawala had also questioned the need to address the resignation to the Chairman since his earlier resignation (in 2011), which was addressed to the trustees, was accepted by the then Board.

Due to some of the trustees traveling in the month of May, no Board meeting was held before the 22nd of May, on which day, Dadrawala attended the Trust meeting, carrying with him a ‘technically correct’ resignation. In the discussion that took place that day, some of the areas of concern were discussed by the Board, primary amongst them being, the cost of a second election, as well as the relevance of the concerns raised by Dadrawala. Responding to these concerns, Dadrawala received strong support from both his colleague Trustees, who were a part of the trio with him, as well as support from the BPP Chairman, Yazdi Desai.

In an earnestly worded email, Randeria replied to Dadrawala suggesting he not tender his resignation in the interest of the community. Excerpt from Randeria’s email reads, “Noshir must reconsider and not tender his resignation. This would obviously save the Trust the cost of holding another election but more importantly, I believe, prevent the Trust from losing the services of an excellent Trustee, knowledgeable, with a big heart and unchallenged commitment to the cause of charity and the community.”

Trustee Zarir Bhathena’s email stated, “I fully agree with Kersi. We will follow Noshir recommendations and as per Noshir Dadrawalla’s wish not to foist BPP to hold another election and waste another 25 to 30 Lacs. Thanks Noshir once again for taking a WISE DECISION not to RESIGN FROM BPP.”

And BPP Chairman Yazdi Desai responded with, “Noshir can and should stay…”

Armaity Tirandaz had also expressed similar sentiment on the very next day of Dadrawala expressing his desire to resign by phoning him with a request to not step down.

Given the support received from his colleagues and not wanting to foist another election on the community, as also overwhelmed with the innumerable requests pouring in from community members asking him to not resign, given the significant amount of good work that the current Board has been achieving in spite of external obstacles in the last two and a half years, Dadrawala has decided not to submit his resignation and has expressed his willingness to “work together with the Board, with a fresh outlook and fresh hope! Let all of us put our best foot forward and reinvent and rebuild the image of the BPP.”