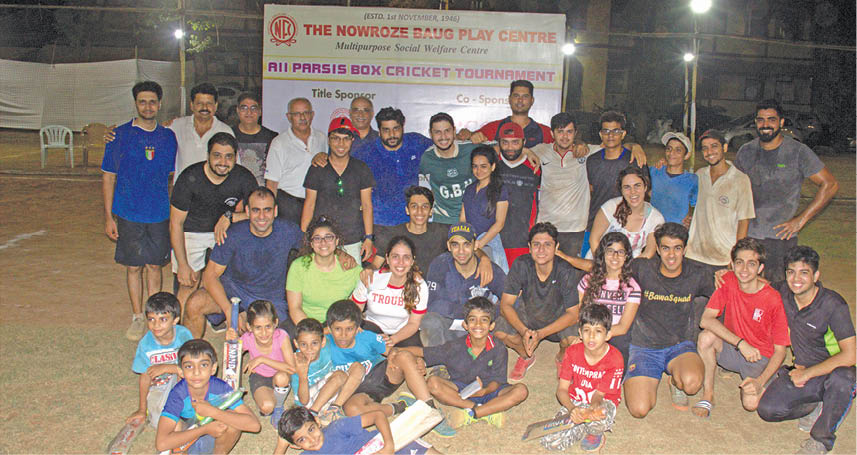 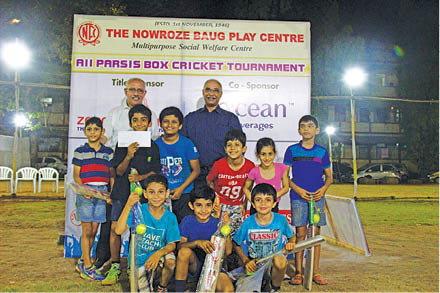 The Nowroze Baug Play Center (NPC) organised its annual Box Cricket Tournament on 19th and 20th May, 2018. 32 teams battled it out in 8 groups consisting of 4 teams each. Two teams from each group qualified for the ‘Knock Out’ rounds. This year, the organisers decided to hold the championship in two sections to facilitate more winners. ‘Pool A’ witnessed Malcolm Baug-A and Nowroze Baug-A battling it out in the finals, with the former clinching the title; while ‘Pool B’ had Gamadia Hostel B and Nowroze Baug C, declared Winner and Runners up, respectively.

Awarded by Chief Guest, Farhad Tengra, prominently known as the Snooker and Billiards Champion, Rushad Parbhoo of Malcolm Baug A and Hormazd Engineer of Nowroze Baug C were felicitated ‘Player of the Tournament’ in Pool A and B, respectively. Hormazd Master (Nowroze Baug C) was awarded ‘Promising Player’, while Nowroze Baug F was adjudged the ‘Youngest Team’. The event concluded with a vote of thanks to all volunteers, umpires, tenants of Nowroze Baug, title sponsor Zoroastrain Bank, Co–sponsor Ocean, Associate sponsor – Viraf Mehta, WZO Trust India, Bank of Maharashtra, Nariman Sports and Parsi Times.