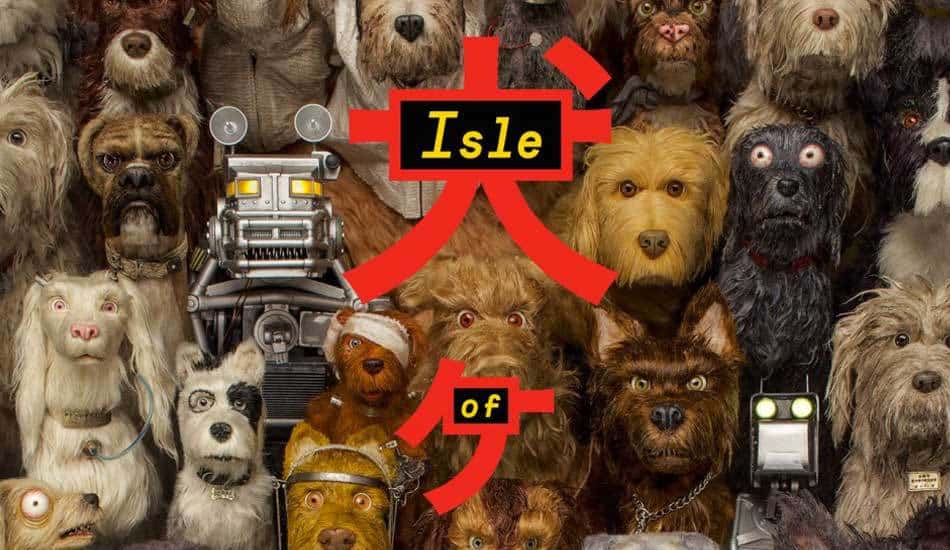 BFF, not so long ago, signified something else: it meant the friendly and loyal dog. Writer/producer/director Wes Anderson (Fantastic Mr. Fox, The Grand Budapest Hotel) takes us through a story of exile and reinforces our belief, though circumlocutorily, that BFF is still the canine.

Orphaned 12-year-old Atari’s (voiced by Koyu Rankin) guard-dog Spots (Liev Schrieber) is the first to be banished to Trash Island, off the Japanese mainland, by his evil feline-lover uncle, mayor Kobayashi (Kunichi Nomura). Atari arrives on the island in a single-propeller aircraft in search of his beloved Spots. Though initially the leader of the strays Chief (Bryan Cranston) is hesitant, he’s assisted by the entire colony of strays who’ve been banished there for transmitting toxic diseases.
Besides narrator Courtney B Vance, the voice cast includes Jeff Goldblum, Frances McDormand, Yoko Ono, F. Murray Abraham and Bill Murray. The Japanese dialogues, although sub-titled, add to the film’s ethnicity while lovers of Haiku would admire the production values. Traces of Akira Kurosawa’s influences are visible, and Anderson pays occasional tribute to the master, especially in the scenes of Kobayashi’s malevolent demeanour. Set 20 years in the future and though a bit long even at 101 minutes, this stop-motion animation adventure movie has the look and feel of being a cult film.