THE TRUTH AS IT HAPPENED

And NOT what Dinshaw Mehta would have you believe! 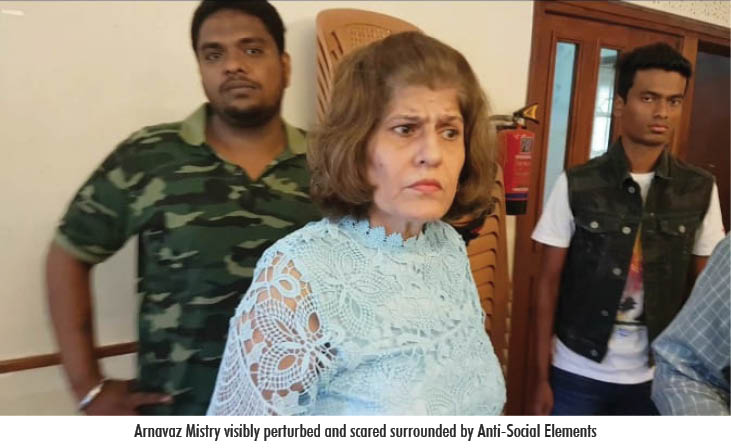 “It is with pride that we say that we make, and have made for the last so many decades, a difference in the lives of the less fortunate members of the community on the joyous occasion of Parsi New Year” said a Young Rathestars’ spoke person to Parsi Times.

Despite all the lies that Dinshaw Mehta has published in the Munchi Cama owned ‘Metro Junction’, the real facts are as follows:

The Rathestars distribute these forms, every year, a month before the distribution of the Parsi New Year (Navroze) Gift Package. This year, the Navroze Gift Packages are scheduled to be distributed on Sunday, the 5th of August, 2018. 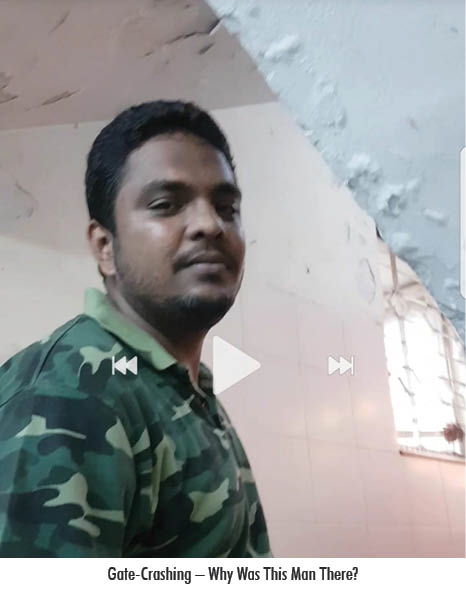 THIS SCHEDULE WAS DECIDED IN THE MEETING OF THE RATHESTARS HELD IN APRIL 2018!

Once the forms are distributed, the duly filled forms are collected after a week. Thereafter, these forms are scrutinized and the members of the community to be given these packages are identified. According to the number of beneficiaries identified, the provisions, clothes, sudras, kustis, etc are procured and the packages made in the subsequent 3 weeks.

This is what was planned. This is what the Rathestars have been doing year after year, every year for more than 40 years.

The hall for distribution was also booked more than a fortnight before the scheduled date!

The facts are as follows:

Xerxes Dastur DID NOT file the case as claimed by Dinshaw Mehta. 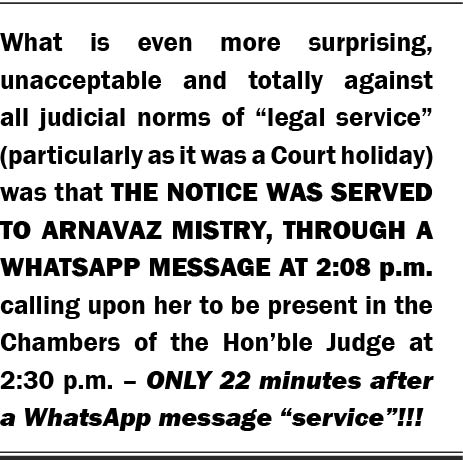 Despite more than 800 poor beneficiaries being aware of the date and venue of distribution of forms for over 15 days, these two ‘Petitioners’ (Parvez Driver and Roshan Irani) moved the Hon’ble High Court only on Saturday, the 30th of June, 2018 – A COURT HOLIDAY! EXACTLY ONE DAY BEFORE THE ELECTIONS!!

What is even more surprising, unacceptable and totally against all judicial norms of “legal service” (particularly as it was a Court holiday) was that THE NOTICE WAS SERVED TO ARNAVAZ MISTRY, THROUGH A WHATSAPP MESSAGE AT 2:08 p.m. calling upon her to be present in the Chambers of the Hon’ble Judge at 2:30 p.m. – ONLY 22 minutes after a WhatsApp message “service”!!!

Making the sublime cross over to the ridiculous, the notice required Arnavaz to be present in Court on 30th April, 2018! (a date which had passed TWO months ago)!!

Arnavaz Mistry replied, by WhatsApp, to this absurdly short notice stating that assuming that the notice served by one Advocate Purazar Fouzdar (who is a childhood school friend of Viraf and Hormaz Mehta) was authentic (since the date was 30th April) it was not possible for her to be present as she was in Lonavala with her family and out of the other two people named in the Petition (but NOT SERVED) one was unwell and the other was DECEASED!!! 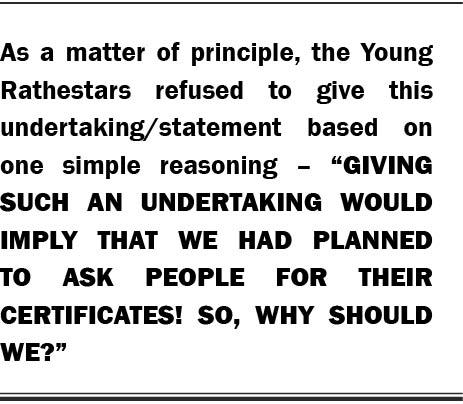 It is important and relevant to note that this team of Advocate Purazar Fouzdar and the Counsel Phiroze Bharucha had also represented Xerxes Dastur a few days ago, before the very same Judge.

One would prefer not to allege any nexus between the ‘Petitioners’, their advocate, their Counsel, the Mehtas and the candidate Xerxes Dastur. However, people who prefer to connect the dots to see the full picture, could certainly draw such an inference.

Thus, when Arnavaz Mistry, through a message asked Adv. Purazar Fouzdar if he was the same advocate who had represented one of the candidates recently, the petition was quickly “amended” and Xerxes Dastur’s name was added!

Voila! The facts speak for themselves! Xerxes Dastur became Petitioner No 3. The proverbial cat jumped right out of the dirty tricks bag!

Despite Arnavaz’s message informing Purazar Fouzdar of not being in Mumbai, a second notice was sent to her, again through WhatsApp, now requiring her to be present in the Chambers of the Hon’ble Judge at 4:00 pm. This time, the notice given was at 3:30 pm!!!!!

But the sordid saga did not end there. 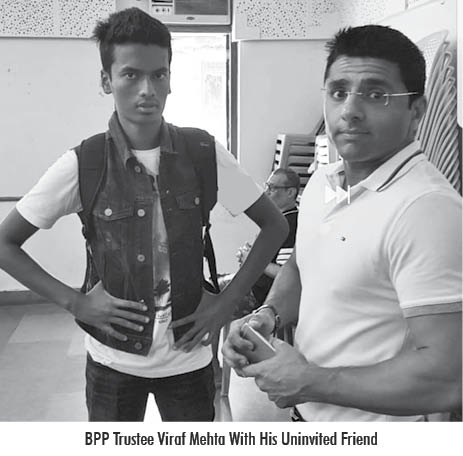 Once again Arnavaz reminded Purazar Fouzdar that she was not in Mumbai and therefore could not come to Court, and certainly not at such a short notice!

And the saga continued… Just before 8:00 pm, an order of the Hon’ble Court was once again WhatsApped to Arnavaz Mistry requiring someone to be present in Court at 9:30 pm in the night, asking her to be present in person or through an advocate or a representative.

Unable to find a lawyer on a Saturday night to be present before the Hon’ble Judge at 9:30pm, with less than an hour’s notice, the Rathestars asked BPP Trustee Kersi Randeria to appear before the Hon’ble Court as their representative and explain the facts.

As recorded in the order, Justice Kathawala enquired if the Young Rathestars were indeed planning to ask the people who came to collect the forms to produce their BPP election certificates etc. It was pointed out by the Rathestars’ representative, Kersi Randeria, that the Petitioners, Xerxes Dastur and others, had not produced any proof or substantiation of their allegation – not a single affidavit or a witness!

His Lordship therefore suggested that the Young Rathestars give a simple undertaking / statement stating that they will not ask for such documents.

However, the Rathestars refused to give the undertaking. WHY? 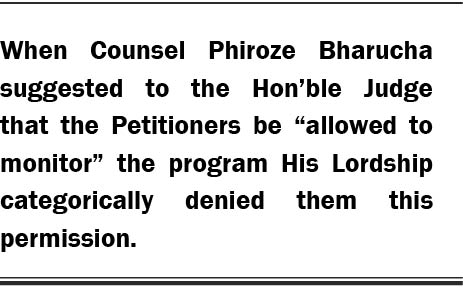 As a matter of principle, the Young Rathestars refused to give this undertaking/statement based on one simple reasoning – “GIVING SUCH AN UNDERTAKING WOULD IMPLY THAT WE HAD PLANNED TO ASK PEOPLE FOR THEIR CERTIFICATES! SO, WHY SHOUD WE?”

This is clearly recorded in Para 4 of the order, which says:

4.  Since Mr. Randeria states that the allegations made by the Plaintiffs are false, this Court enquired if Ms. Arnavaz Mistry /Young Rathestars Foundation can make a statement that the allegations made by the Plaintiffs are false and they are not going to ask any of the poor Parsis to show their registration card and/or ID proof, nor are they going to give any direction to the poor Parsis to go and vote at J.B. Vachha School at Dadar in favour of Ms. Anahita Desai or any other candidate. Mr. Randeria took my permission to step out of my Chamber and make a phone call. Mr. Randeria thereafter returned and informed the Court that Ms. Arnavaz Mistry will not make any such statement as a matter of principle. 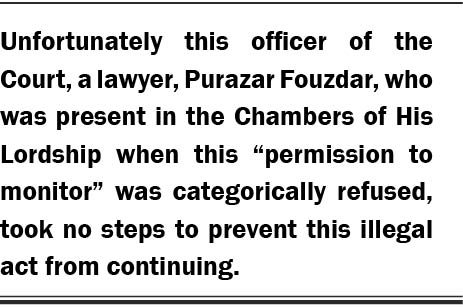 After passing the order, His Lordship was pleased to direct all those present in the Chamber that the Young Rathestars may continue with their original program as long as no beneficiary was asked for their registration certificate or directed to vote for any candidate.

When Counsel Phiroze Bharucha suggested to the Hon’ble Judge that the Petitioners be “allowed to monitor” the program His Lordship categorically denied them this permission.

JULY 1st – THE DAY OF THE ELECTIONS:

In the morning on Sunday, the beneficiaries and the Young Rathestars were shocked and frightened to find that BPP Trustee Viraf Mehta, along with 15 to 20 paid volunteers and “toughies” (both Parsis and NON-PARSIS), on behalf of Xerxes Dastur, had physically forced themselves into the hall where the beneficiaries were sitting.

Flustered and physically scared by this invasion into what was a private program the Young Rathestars called BPP Trustee Kersi Randeria to come to the hall and try and convince “Trustee” Viraf Mehta and his gang of goons and volunteers to leave. (Twin brothers, Astad and Afrid, who stay in Munchi Cama’s Murazban Colony are allegedly paid a hefty salary by the Mehtas, during elections to provide “muscle power” and arrange “paid volunteers”. The brothers (who were actively involved in the physical attack on Jimmy Mistry in Rustom Baug during the 2011 elections) led the charge on Sunday morning, accompanied by non-Parsi
boys).

(Videos and photographs of this unacceptable and illegal act are available for the community to verify).

However, when Viraf Mehta refused to either behave in a civil manner or follow the legal direction of the Hon’ble Court (not to forget that this was a private function of the Young Rathestars), BPP Trustee Kersi Randeria called Xerxes Dasur’s advocate and Viraf and Hormaz Mehta’s childhood friend, Purazar Fouzdar – who refused to answer his phone. Thereafter Randeria sent him a message and finally after repeated attempts managed to speak to Purazar Fouzdar.

Unfortunately this officer of the Court, a lawyer, Purazar Fouzdar, who was present in the Chambers of His Lordship when this “permission to monitor” was categorically refused, took no steps to prevent this illegal act from continuing.

Sadly the “gang” of volunteers and toughies continued to intimidate both the volunteers and office bearers of the Young Rathestars as well as the poor beneficiaries who had come there – simply to collect the form, as most of them had been doing for decades, every year, year after year.

THE FINALE (SAD BUT TRUE)

Many of the poor beneficiaries (who were already intimidated by this show of brute strength and muscle flexing) were “herded” into waiting cars and vans by the so-called “volunteers” to vote for “their candidate” at Khareghat Colony. Guess who their candidate was?

Reminds you of Bihar?

And Dinshaw Mehta on behalf of his candidate, says in Munchi Cama’s “Metro Junction” has the gumption to say, and we quote: