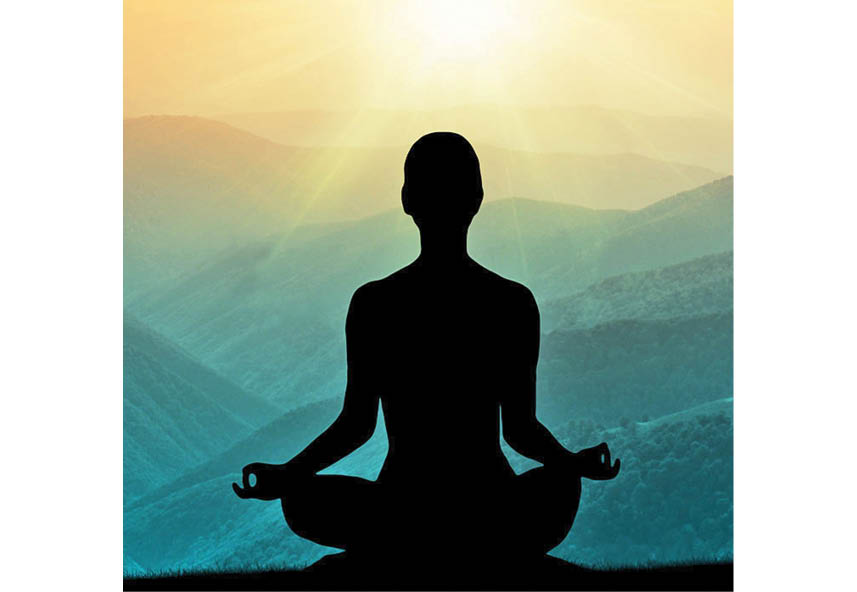 Ancient Indian literature always referred to the mind as a monkey – jumping from one branch to another i.e. one useless thought to another. To counteract this, the Smritis teach us Mansik-Ekagrata or centering the mind. A centered mind is free of worries and emotions. It is quiet, at peace, concentrated and focused. But it is not easy to deal with worry or anger. There are many times when the mind keeps repeating negative thoughts. How do you deal with this?

Much of the junk in our heads is anger. Past angers carried over decades, sometimes long after the people involved are dead and gone. Present angers over something that happened, something someone said or did. Anger creates health problems and aggravates negative emotions. How can you be centered if you are a seething mass of anger all the time? So how do you deal with this? The answer is you can’t. You can’t change people to accommodate you. They have free will just as you do. But you can change your response.

The first thing to do is deal with the anger. Be aware that anger comes because you are unhappy with your own life and not because of someone else. Cultivate happiness by making others happy. When you are happy, very little can make you angry. When you are unhappy, every look, every word, every action, can be seen as a threat and will make you fume. An effective way to deal with anger is the ‘letter-method’. Take a particular instance that makes you furious – maybe a fight you had with your spouse, boss, in-laws, friends. You keep thinking of all the things you should have said, but didn’t. You keep kicking yourself for not saying this, or doing that. Instead of spending the next two weeks going on and on with it, spend the next ten minutes to get it over with. Take a sheet of paper and write a letter to the person. Put in everything you felt, the anger, the complaints, the four letter words, everything! Don’t hold back at all. Don’t worry, no one is going to see it but you, because after you have bared your soul, you are going to burn it or flush it away – the way Kareena Kapoor did in the film, Jab We Met!

The purpose of this is to come out clean, to say what you feel you need to say and get it off your chest. Then you no longer have to go on and on in your head. Often this will work at once, but if you feel the need, write it again or again. As often as you need to and every person you need to. Lessen the burden on yourself. If you do the latter you will find that most of the anger is gone in the process itself. Usually it is only two or three major things that make you furious. And the anger mostly comes from feelings of unworthiness or uselessness or being underappreciated. If you feel unworthy and someone calls you a lazy bum, you will be furious. If you don’t feel unworthy the same comment will get no response from you, because you have nothing to prove and are not affected by anyone’s opinion.

We live in a society where role models are often uncentered and fragmented people. The average movie has a hero who pulls out a gun, or leaps up with fury at the slightest hint of insult. Revenge is considered a worthy cause and there is always the villain to blame for the hero’s insecurities. Both – villain and hero – are out trying to prove themselves to the world, which really means they don’t feel worthy within! A centered person is far too secure to take offence and very rarely is angry or upset. The person who has to prove his worth, force respect or demand obedience is the person who feels worthless within, and is trying to force the respect he does not feel for himself from others.

Often youngsters join karate because they want to win every fight, or be stronger than everyone else. In other words they are out to prove themselves and want to express their unworthiness with their fists. But after understanding martial arts training, their attitude changes. Their feeling of self-worth increases, they no longer pick fights. Masters of martial arts very rarely use their formidable powers. When you are centered you are strong, you are serene and life is so good. To get to such a state you have to cleanse out all that blocks you, a lot of which is anger.

Centering is all about keeping your spiritual, mental, emotional and physical bodies’ balanced so that you become a centered person.