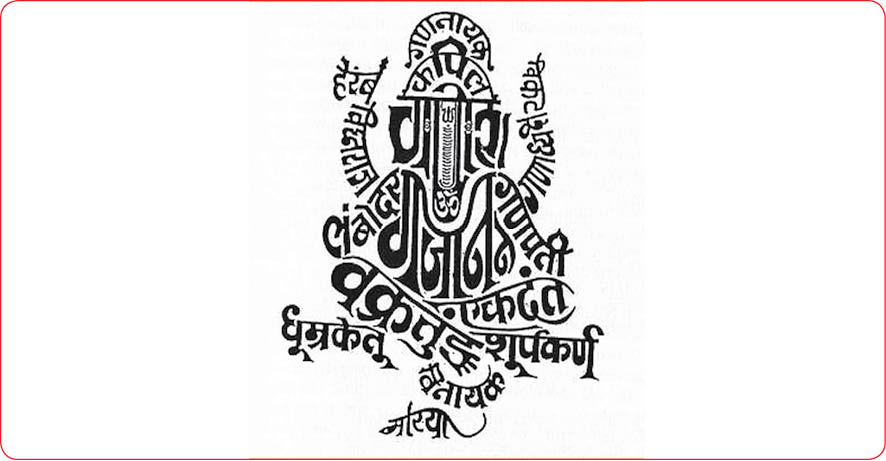 Lord Ganesha is invoked before commencing anything significant and it is for this reason that he is called the ‘Lord of Beginnings’. He is also known as Vighnaharta or remover of obstacles. The concept of Vighnaharta or remover of obstacles resonates with the Zoroastrian concept of Verethragna or victorious (in overcoming difficulties, foes or enemies).

What Vighnaharta Ganesha is to devout Hindus, Verethragna Bahram Yazata is to devout Zoroastrians. The Bahram Yasht enumerates ten forms in which the divinity (Bahram Yazata) appears: As a swift wind, as an armed warrior and as an adolescent youth. In the remaining seven form he appears as a bull with horns of gold, a white horse with ears and a muzzle of gold, a camel, a boar, a bird of prey, a ram and a wild goat.

These forms are symbolic attributes of our own Bahram Yazata, who can be swift and cleansing as the wind, powerful and valiant as a warrior, energetic like a youth, strong as a bull etc. It is said that Verethragna Bahram Yazata comes to the aid of a devotee in any one or more of these ten forms and removes obstacles.

Ganesha in turn has eight forms having different attributes. All the eight forms of Ganesha symbolize certain abstract qualities:

Just like Ganesha, Bahram Yazad presides over success, victory and triumph, over external foes, as also over internal weaknesses and vices. Both bestows courage and confidence to persons embarking on any new journey or initiative. Just like Ganesha, Bahram Yazata is also known by his appellations e.g. Fattehmand, Firuzgar and Dushman Zadaar which mean victorious and destroyer of enemies.

The name Bahram comes from the Avestan term Verethraghna which means success or victory. Avestan Verethraghna is similar to the Sanskrit term Shatrughna or destroyer of enemies.

Lord Ganesha is not only worshiped by Hindus, but, by Buddhists too. In Buddhism, Ganesha is referred to as Vinayaka (Master / Leader) and is worshiped in countries like Tibet, China, and Japan. His wisdom, knowledge, and ideologies are revered by devotees all over the world.

As Parsi Zoroastrians, we are worshippers of Ahura Mazda, the Lord of Wisdom, and in that same spirit of wisdom, we bow in respect and reverence to all that Ganesha embodies in terms of wisdom and removing obstacles!