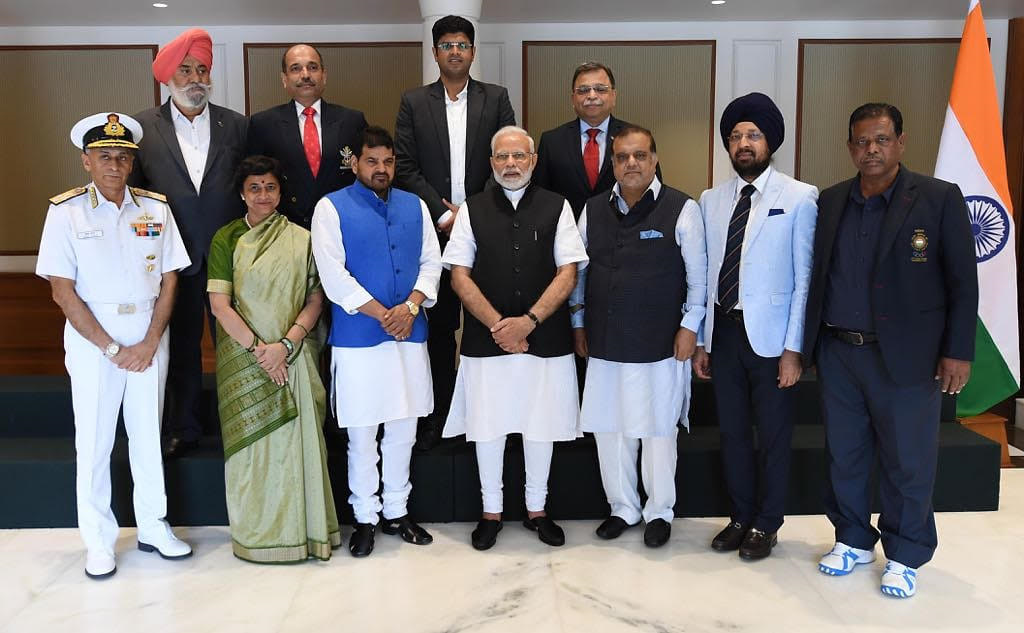 Arjuna awardee Adille Sumariwalla is one of the Community and nation’s leading athletes. Having represented India at the Asian Games, the 1980 Moscow Olympics and the World University Games, he has won eleven 100m National Titles, seven 200m National Titles and has been a part of seven Relay wins. Adille has clinched 17 international medals, most prominently an Asian bronze. Currently he serves as President of the Athletics Federation of India and is a members of the Council of International Association of Athletics Federation (IAAF). Sumariwalla was recently felicitated by Prime Minister Narendra Modi in Delhi for the brilliant performance of Indian Athletes at the Asian Games 2018. Parsi Times Sports Reporter Binaisha Surti catches up with the Adille Sumariwalla in Mumbai to bring you insights into his inspiring journey.

PT: As a student you were excellent at football and hockey. So how did athletics take over?

Adille: I was in St. Mary’s school which was very keen about sports – we produced interschool champs. At one point, there were already three participants in the relay team and they wanted a fourth runner. With three of us in contention for that place, the teacher suggested we run to see who was best suited to take the fourth place. I suggested that all boys should run, including the chosen three in the team and then the best four should be selected. So eventually all of us ran and I beat them. So my entry into athletics was actually by chance!

PT: How was it earlier during your days as an athlete?

Adille: Back then, we had no proper coaches, no sports science, no physiotherapists, etc. So I actually landed up over-training myself. We ran on mud and grass then, they run on synthetic tracks – so things have surely changed improved. I worked very hard – I’d run in the morning, do weight-training in the afternoon and a lot of track work in the evening. I ended up with numerous injuries. It was indeed very different then, but things have changed lots for the better now!

PT: How did you prepare yourself for the Moscow Olympics in 1980?

Adille: Those days were extremely tough for us. I did all my training and was selected. One day before I left for the Olympics, I returned from Patiala and was sleeping on the steps of the National Stadium. We believed then that the more you train, the better an individual can get, but that wasn’t the case. Once I got cleared and landed there, Moscow was a tremendous experience as some of the world’s greatest athletes were present.

PT: Tell us about your experience at the Asian Games 2018 in Jakarta?

Adille: It was very exciting and quite fulfilling because our planning and predictions fell in place. Our Indian athletes delivered results and it was great to see their success. It’s been a complete team effort by the athletes, coaches and support staff – the latter are the real unsung heroes because they are responsible in ensuring that athletes are at ease before their winning performances.

PT: With so many Indian athletes making us proud at the recent Asian Games 2018, how would you look at sports as a career option today?

Adille: Today, there’s so much more investment in sports, and taking it up as a career is a good option. In fact, after that too, one can be involved in Sports Administration. Today, there are numerous leagues in cricket, hockey, football, table tennis and wrestling, and Federations are turning increasingly professional. The government has employed 30-40 youngsters out of college, who are doing Sports Management, while ‘Khelo India’ is employing a number of professionals too. Sports in itself is becoming a full-fledged industry!

PT: Tell us about that exciting moment when you awarded eight-time Olympic gold-medallist, Usain Bolt, at the 2016 Olympics.

Adille: In the IAAF we are asked which events we would like to give medals for. I wrote back saying as I was a sprinter, it should be for the sprinting events. When I later opened my sealed envelope and read that I was to present them for the 200m race, my eyes popped out and the rest, as they say, is history! Usain Bolt is a very down to earth person and I am glad I could spend those moments with him!

PT: What would you advise young Parsee athletes who wish to choose athletics as a career option?

Adille: They need to participate at the school, college, all-Parsees meets and district levels. If we see talent coming in, we will be able to watch them and pick them up from there. Once we see and select them, we can groom and coach the kids and help them reach the next level.

Adille: Parents need to realize that kids today need all-round development and playing a sport is crucial. Sport teaches you to strive for excellence, team work and reach the top. Parents should allow children to choose their choice of any sport and then give them moral support to achieve their goal. Kids should be given a lifestyle conducive to sports, right nutrition, and opportunities to succeed. There is far more in life than just studies. You don’t become a good human being by just mugging text books!

Adille: I consider Ed Moses as my all-time favourite sports personality. Even though Moses was a great athlete, he was extremely down to earth and humble. He was just unbeatable for the longest time and I’m privileged to have watched him set the world record!

PT: Your thoughts on taking athletics to the next level…

Adille: It’s a long process. When I took over as President in 2012 and when we started out, we had 12 athletes who qualified for the Olympics in London. Four years later, 34 qualified! Today we have so many more. That means our process is working and we have a stronger base. When you have more bench strength, you can win. We have the Inter-District Programme with 4,000 kids who participate from 400 Indian districts. Our talent scouts look for gifted athletes. We have foreign coaches who have produced Olympic medallists. We have an annual plan till 2024.