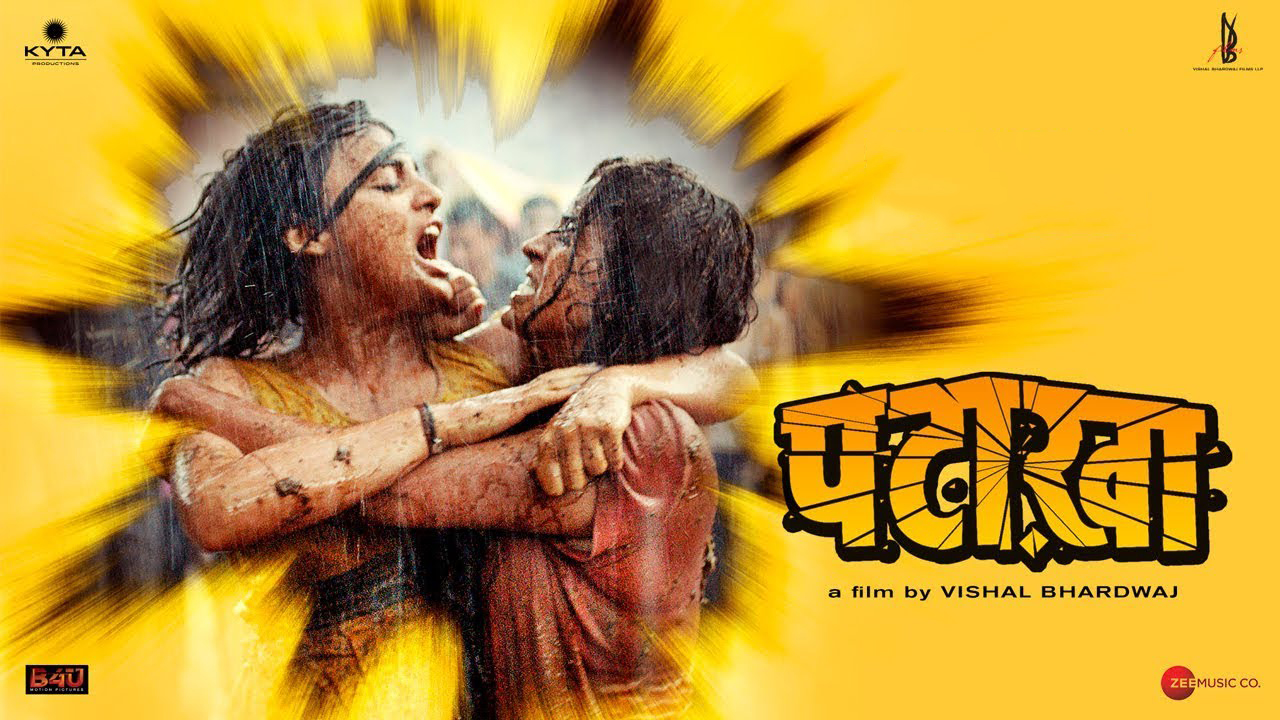 Vishal Bhardwaj has always been known to do the unexpected – in a typical deviation, this time he lays focus in the hinterland of Rajasthan. Adapted from a six-page story, ‘Do Behnein’ by Charan Singh Pathik in which two sisters Champa ‘Badki’ (Radhika Madan in an impressive debut) and Genda ‘Chutki’ (Sanya Malhotra), from childhood, and for some inconceivable reason, are perennially at each others’ throats – literally and figuratively. They are egged on by the village bumpkin Dipper ‘Naradmuni’ (Sunil Grover) while their doting but hapless father (Vijay Raaz) is a mute spectator at times. Moments of sharing and caring are at a premium.

Performances are top-notch, with comedian Sunil Grover’s antics a part of the film’s highpoints. Saanand Verma as Patel, the lascivious wealthy villager looking for a bride – and for whom it doesn’t matter which sister he bags – has his moments in the film.

The runtime could have been cut by around 15 minutes and the India-Pakistan analogy, to depict the sisters’ acrimony, seems overdone: extending it to Israel/Palestine and North/South Korea seemed superfluous. Bhardwaj, in his eleventh directorial feature, has relied to a large extent on the sights and sounds of rural Rajasthan. The camels and cows in the background, aided by Subrata Chakraborty and Amit Ray’s set design, elevates authenticity. But did Bhardwaj have to concentrate on the siblings’ unkempt hair and stained teeth throughout the film? The background score, with the accordion sounds, has the personal touch of Bhardwaj while the repeated ‘darling’ would surely remind you of his 2011 ‘7 Khoon Maaf’. The much touted item song of Malaika Arora is missing from the film… and rightly so.