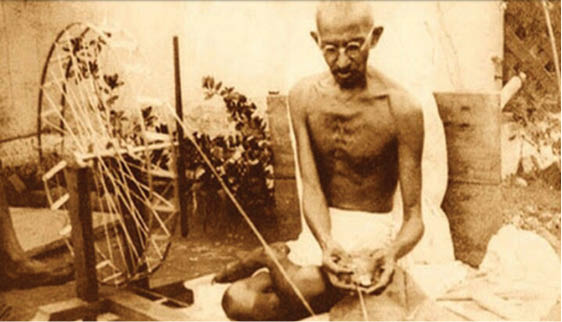 A Zoroastrian Tribute To The Father Of The Nation

Gandhi Jayanti is a national holiday celebrated across India to mark the occasion of the birthday of Mohandas Karamchand Gandhi on 2nd October every year. To many, it is just a holiday to enjoy or at worse, a ‘dry day’! The question that many ask, is whether what Gandhi stood for is relevant today? In our opinion the answer would be in the affirmative.

Six Principles or Values: There were six principles that Mahatma Gandhi followed:

As Parsi Zoroastrians we can relate to many of these principles.

Truth (Asha) is the very bedrock of Zarathustra’s philosophy. In the Hoshbam we pray: “Through the Best Asha, through the highest Asha, may we catch sight of Thee (Ahura Mazda). May we approach Thee, may we be in perfect union with Thee”.

Non-violence or Ahimsa resonates in the triad – Humata, Hukata, Huvrashta or Good Thoughts, Good Words and Good Deeds. All thoughts, words and deeds which are devoid of violence, envy or hatred are good by default.

Vegetarianism is perhaps a principle that Parsi would observe only in the month of Bahman.

Brahmacharya or celibacy is a concept not only unknown, but, alien to Zoroastrian belief. Marriage is essential from a religious point of view and having children is something that pleases Ahura Mazda and Spenta Aramaity (Earth). Of course, even Gandhi was married and had children.

Simplicity is a virtue of the great. In the words of Leo Tolstoy, “There is no greatness where there is no simplicity, goodness and truth”.

Faith is the bird that feels the light when the dawn is still dark said Rabindranath Tagore. And, Faith is what drew Zoroastrians to India in the wake of Arab persecution. It is faith which has kept us strong and although a micro-minority in India, our contribution to the country has been unparalleled.

Gandhi was a visionary. He not only fought for India’s freedom, incorporating his principle of non-violence, but also wanted India to rid itself from its internal evils of cast, untouchability and other social evils.

It would be difficult to believe that Gandhi had interest in this sport, but the fact is he did take great interest in football. While there is no evidence that he actually played the game, it is said that he often delivered speeches to the team or the crowd at half-time.

While he was working as a lawyer between 1893 and 1915 in South Africa, he helped establish three football clubs in Durban, Pretoria and Johannesburg that were all named Passive Resisters Soccer Club. He used the game as a means of promoting his ideology of non-violence and passive resistance and that is where the clubs derived their names from.

At that time, the concept of team was stronger than the idea of individual star players and this idea of team-work appealed to him and he used it as means to encourage people to join social activism by distributing pamphlets during matches. Through these matches, he also aimed to achieve equal rights in the country for the non-white community.