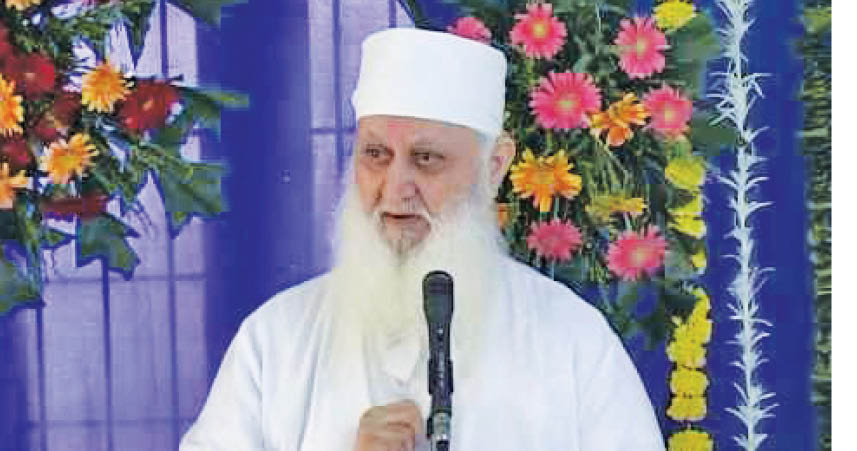 Query: Is it mandatory for a priest to always wear white-coloured clothes?

Vada Dasturji Kotwal: When an Athornan is ordained as a priest, he should wear white attire and the white Pagdi, which is ‘Athornan nu safed Taj’, the white crown of the priests, at all times. He must perform all the rituals and always wear a Pagdi, which is the most important symbol of Zoroastrian priesthood. White is the colour of our religion. It is stated in the Mehr Yasht, verse 126, that white is the emblem of the Mazda-worshipping religion (Spaeta Daenayaao Maazdayasnoish Upamanem). The Yazads Aban Yazad and Mehr Yazad donned white clothes and destroyed the evil demons. In the Bundahishn, which outlines the Zoroastrian story of creation, it is written in Pahlavi that Dadar Ahura Mazda first created the Spiritual world and before creating the physical world, He, as the Zaotar, performed the very first Ijeshne ceremony together with the six Amesha Spentas, all wearing white priestly vestments (Braag E Asronih) in the Rapithwin Geh, Rapithwin meaning the Lord of Ideal Time. This Ijeshne ceremony determined that white is the colour of our religion and all priests must wear white at all times. The Ijeshne ritual is an act of worship during which the 72 chapters of the Yasna liturgy are recited, as well as confession of our faith. During this ritual we also welcome all the Yazads, consecrate the Hom Juice and recite all 5 Hymns of the Gathas. This is why the Ijeshne is regarded as the foundation of our religion. Since Dadar Ahura Mazda performed the Ijeshne during the Rapithwin Geh, observing and praying the Rapithwin Geh is one of our obligatory prayers.

Records show that Scions of the JamaspAsa family of Pune wore priestly garments while holding High Civilian posts.  Jamshed Kanga, the famous and eminent lawyer also wore his white Pagdi in court and wherever else he went. Today many priests take off the Pagdi and don Western clothing after leaving the Agiary ,perhaps due to social or domestic  pressure, but they should at least wear a white cap at all times, including when asleep at night. They should wear their priestly attire with inherent pride.

Under the misconception that black is the colour of mourning, ladies and men often wear black garments at a funeral but the fact is that even for a funeral we should wear white attire, the colour of our religion.

Query: Why do we have the second Havan Geh?

Vada Dasturji Kotwal: Our traditions are connected to Iran and the first day of Spring begins with Hormuzd Roj, Farvardin Month. In Iran, the Ijeshne ritual was celebrated on New Year’s Day in the Havan Geh. Due to winter commencing in Iran from Hormuzd Roj, Ava Mahino and the days being shorter, the time period for Havan Geh is also reduced. Due to a late sunrise, it is not possible to complete the Ijeshne ritual. Hence a second Havan Geh was introduced to facilitate the completion of high liturgies during the daylight of the second Havan Geh.

Query: With regard to the Muktads, which bears greater religious resonance – the 18-day Muktad or the 10-day Muktad?

Vada Dasturji Kotwal: The preference is left to the devotee, but, if an 18-day Muktad is observed, then this must be done correctly with all the rituals performed, unlike at some Agiaries which host the 18-day Muktad – the vases are turned upside down on the 10th day while other liturgies continue to be performed during the last 8 days. This is most incorrect. Vases should be kept upright with fresh flowers for the entire period of 18 days.