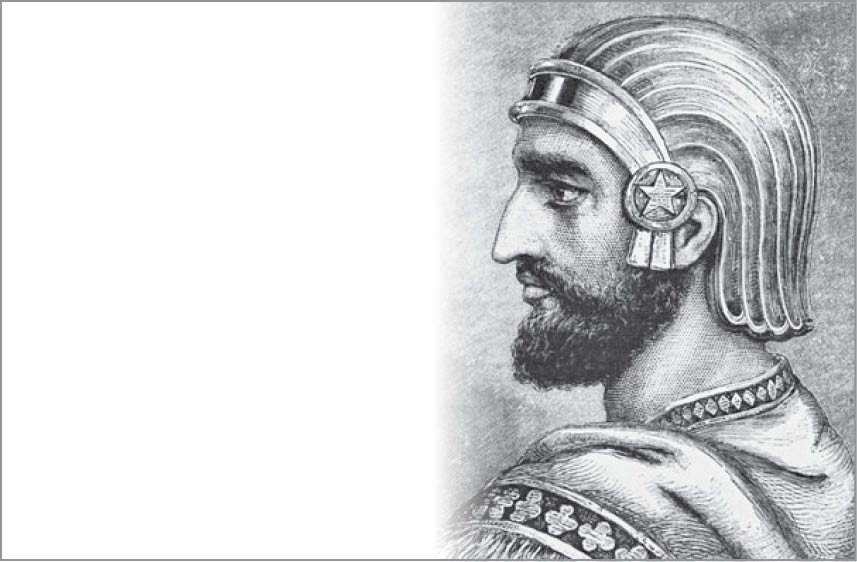 Many of us, during our school days, might have dreaded history as a subject. Many adults often find it boring. But, in truth, history can be quite fascinating. The history of ancient Iran is all the more important for every member of our community, young or old to know, for it is a heritage we can be truly proud of, and hopefully, imbibe some of the values that our ancient monarchs and leaders stood for. History helps us understand the world, and how it became what it is today. Scholars and historians across the world and across centuries have referred to King Cyrus, King Darius and King Xerxis as ‘The Great’. This is not because they were great world conquerors or ruled vast empires. They earned this universal tag of Greatness based on their high values, just systems of governance, immutable laws and kingly contributions to the economic prosperity, and celebration of the cultural diversity of nations that they brought together, two and a half millennia ago. Parsi Times is delighted to bring you yet another brilliant and exciting series by our Zoroastrian scholar and author extraordinaire, Noshir H. Dadrawala, as he takes you on a journey sharing exciting insights into the lives and greatness of the three most revered Zoroastrian Achaemenid Kings – Cyrus the Great, Darius the Great and Xerxis the Great.

– A Champion of Human Rights –

“Never does liberty appear in a more gracious form than under a pious king.” CLAUDIANUS, De Laudibus Stilichonis

Kurush II (more popularly known as Cyrus the Great) laid the foundation of the Achaemenian dynasty over two-and-a-half millennia ago. The dynasty was named after Achaemenes/Hakhamanesh, an ancestor of Cyrus. Born in 599 BC, Cyrus is referred to by scholars and historians as “the most outstanding person of the ancient world” and architect of the first “World Empire”. Despite the vastness of his empire and the strength of his army, Cyrus remained a benevolent and tolerant King. In an age seeped in cruelty, slavery and the law of ‘might is right’, he gave humanity the First Charter Of Human Rights declaring, among others, rights and freedoms, man’s right to freedom of religion, creed, opinion, expression and free movement.

Long before Alexander, it was Cyrus who dreamed of and laid the foundations of a world empire. In fact, Alexander was always in awe of Cyrus and is recorded to have visited Cyrus’ tomb to pay his respects. Cyrus united Iran by defeating his own maternal grandfather, Astyages, and overthrowing the Median Empire in 549 BC. For the first time, all the different Iranian tribes, under Cyrus’ leadership, were integrated into a single nation.

Cyrus the Great’s empire was so vast that it took two years to travel from one end of his kingdom to the other, on horseback. His army, consisting mainly of skilled archers and swift cavalry, became so powerful that neighboring nations like Babylonia, Egypt, Lydia in Asia Minor and even Sparta near Greece, had to form a combination against him, which, of course, could not check the military genius and might of Cyrus.

Indeed, Cyrus and his successors adorned, among other Royal designations, the title – Pharaoh of Egypt. In fact, in an image at one of his palaces at Pasargade, he is depicted wearing an Egyptian crown with 3 fishes and his astodan or final resting place is in the form of a step pyramid. Cyrus ruled his empire wisely and justly, so much so that his laws were known to be immutable.

Cyrus, ‘The Anointed of the Lord’

According to the Old Testament, Daniel (a Prophet of the Jews) had prophesied the birth of Cyrus as a divine revelation or prophesy that God would dry up the river Euphrates and Cyrus would liberate the Jews from Babylonian captivity. Cyrus demonstrated his amazing military genius in the conquest of Babylon. His army, consisting of both the Persians and the Medes, diverted the waters of the river Euphrates and marched up the dry riverbed, right into the heart of the city. When Babylon fell, he released the captive Jews and allowed them to go back to Palestine and rebuild the temple of Solomon with funds from Persian coffers. Little wonder that Cyrus is praised in the Book of Isiahia as ‘the Anointed of the Lord’.

When Cyrus conquered Babylon, he did so, to cheers from the Jewish Community, who welcomed him as a liberator. He showed great forbearance and respect for the religious beliefs and cultural traditions of other races. His tolerance, magnanimity and vision have no parallel in the history of mankind. These qualities earned him the respect and homage of all the people over whom he ruled. 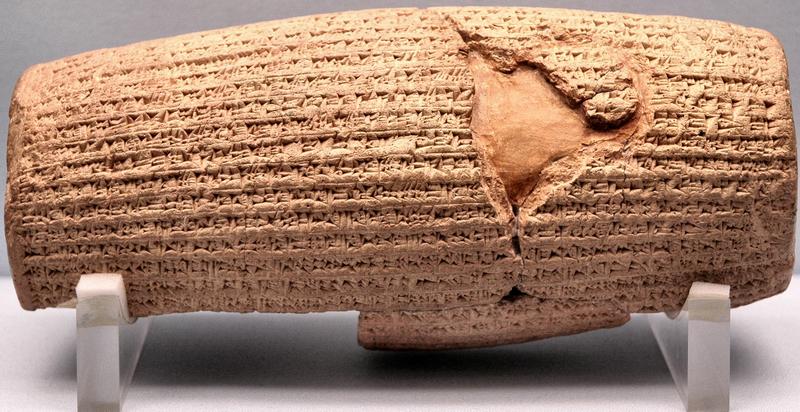 Cyrus the Liberator (Not Conqueror)

Cyrus presented himself not as a conqueror, but a liberator and the legitimate successor to the crown. He took the title of ‘King of Babylon – King of the Land’. Cyrus had no thought of forcing conquered people into a single mould, and had the wisdom to leave unchanged the institution of each kingdom he attached to the Persian Crown. In 537 BC, he allowed more than 40,000 Jews to leave Babylon and return to Palestine. This step was in line with his policy to bring peace to mankind. A new wind was blowing from the east, carrying away the cries and humility of defeated and murdered victims, extinguishing the fires of sacked cities and liberating nations from slavery. Cyrus was upright, a great leader of men, generous and benevolent. The Greeks, whom he conquered, regarded him as ‘Law-giver’ and the Jews whom he liberated regarded him as ‘the Anointed of the Lord’.

Cyrus founded a new capital city at Pasargade in Fars (near modern Shiraz) and established a government for his Empire. He appointed a governor (satrap) to represent him in each province; however the administration, legislation and cultural activities of each province were the responsibility of the Satraps.

His doctrines were adopted by the future emperors of the Achaemenian dynasty. Darius I (521-486 BC) brought together skills and craftsmen from all over the empire in building the city of Persepolis. Pasargadae is the oldest historic site of the Achaemenid period. It is situated about 80 kilometers from the city of Shiraz and, like most Achaemenian settlements, situated on a vast flat plane surrounded all over by mountains. Pasargadae means “land” or “home of Persians”. Pasargadae covers an area of about 23 square miles.

The Eastern Palace of Cyrus is now in ruins with a winged relief of Cyrus to indicate that the King was not just a temporal but also a spiritual ruler. The right hand of the King is raised in salutation. There is also the private palace of Cyrus with one column still standing and a pylon on top, which has an inscription in three languages (Old Persian, Elamite and Akkadian) stating, “I am Cyrus the King, an Achaemenid.” The audience palace is the largest of the three palaces but with no standing column and only half-reconstructed doorjambs bearing a curiously carved man-fish figure.