For a year now, the Godrej Baug Association has been at the forefront of sorting community concerns, meeting with the BPP Trustees with the aim of discussing issues relevant to the community and resolving issues which cause angst to community members for various reasons.

In August 2018, during a BPP Trustees’ Meeting, the Godrej Baug Association was asked to form a body of Committee members, Community activists and all interested individuals from within the Community, to develop and build a two-way bridge between the BPP Trustees and the Community. Over the last few months, a number of Baug Associations have been contacted as also dedicated individuals, who have committed their time to work with this Solutions-oriented body, aimed singularly at the welfare of the Community.

The ‘Community Welfare & Redressal Federation’ will be an independent platform comprising Community members chosen by Baugs/Assns/other Community members, who will be bipartisan representatives between Community members and the BPP, coming together to discuss, critique, debate and find a common ground between the BPP and the community, for arriving at mutually agreed upon decisions and facilitating smooth implementations of these decisions.

The Federation will be the official facilitators between the BPP Trustees and the Community members.

The Vision of the group will be to work with the Trust and the Trustees and help in providing direction and prioritizing community concerns for the BPP, based on authenticated feedback and information (redressals /grievances complaints) received from the Community, with the only and ultimate aim of Community Welfare.

The body that is being formed will represent all issues faced by the Community that need redressal (which could be Baug-specific or generic in nature) to the BPP Trustees for solutions. The ‘Community Welfare & Redressal Federation’ will regularly hold formal meetings with the BPP Trustees as well as organise larger meetings with community members.

All Community Associations, Federations and Individuals are invited to participate. However, you are requested to be wary of individuals or federations with the negative agenda of causing disruption and disunity under the garb of efforts displayed towards forging unity. All participants are encouraged to share information with the intent of being positively critical and more importantly, solutions-oriented, whereby the BPP and the group can work constructively together to find ways of bringing the community together on a common platform, primarily in the interest of the community.

How This System Will Work…

Before any community related decisions are announced by the BPP, the ‘Community Welfare & Redressal Federation’ will gain the understanding from the BPP and place it before the Community to inform and update them about the same as well as the BPP’s reasoning behind it. This group will then gain comprehensive feedback from the community and communicate the same to the BPP.

The BPP Trustees assure the Community that their voice will be heard, via the ‘Community Welfare & Redressal Federation’, and it will be given due consideration and gravitas, before making any decisions. This will ensure not just ‘informed’ decision making, but even one that is hopefully ‘mutually agreed upon’, towards a permanent solution.

Some of the Issues that will be taken up include: 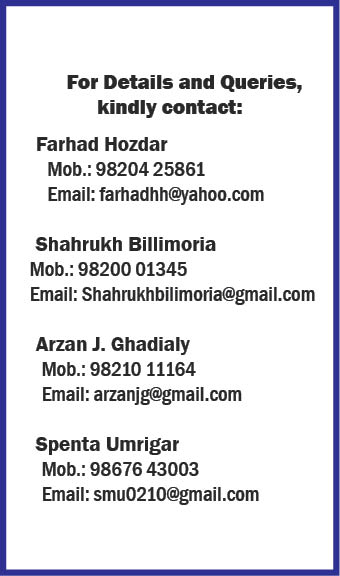