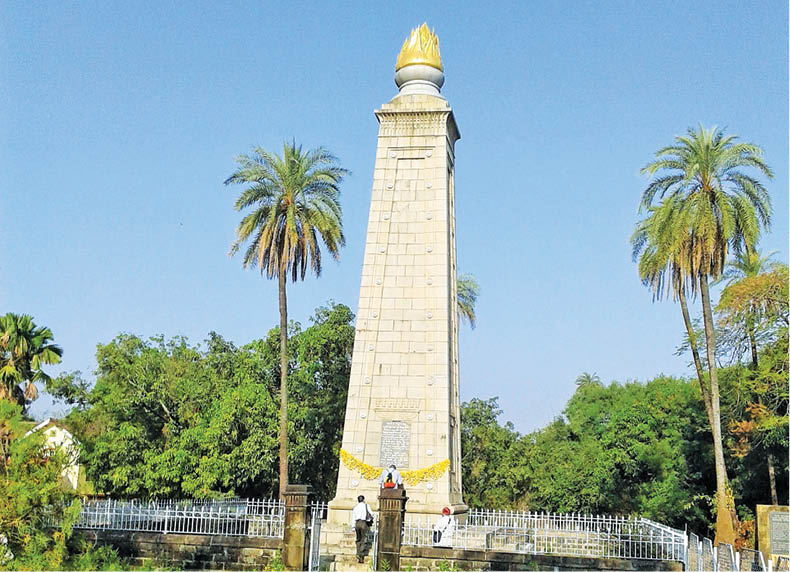 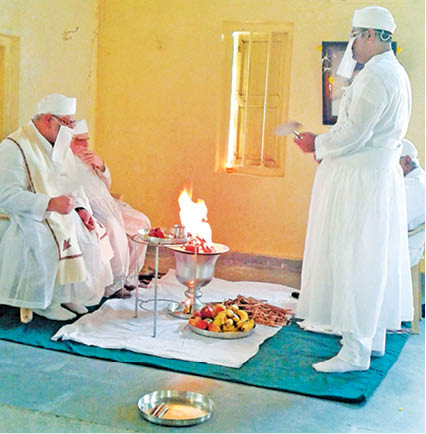 The community celebrated Sanjan Day at the grounds surrounding the Sanjan Stumb on 16th November, 2018, with a jasan ceremony led by Vada Dasturji Khurshed Dastoor and performed by three mobeds at 9:30 am. The celebratory programme commenced with Paricheher Daviervala welcoming the gathering, while Marzban Wadia reiterated a song, followed by Vada Dasturji Khurshed leading the Humbandagi.

Addressing the gathering, Vada Dasturji Khurshed praised Arzan Nagwaswalla for representing Gujarat at the Ranji Trophy and raised concerns about our dwindling population. Khusnam Daviervala introduced 21-year-old left-arm, medium-pace bowler and right-hand batsman, Arzan Nagwaswalla and felicitated him for his recent achievement in the ‘2018–19 Ranji Trophy’ played on 1st  November, 2018. 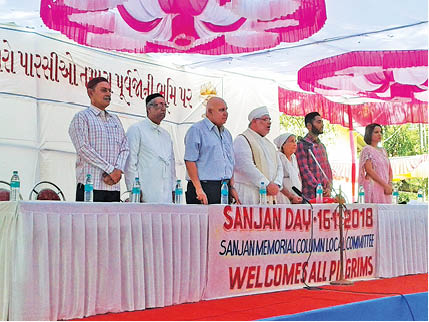 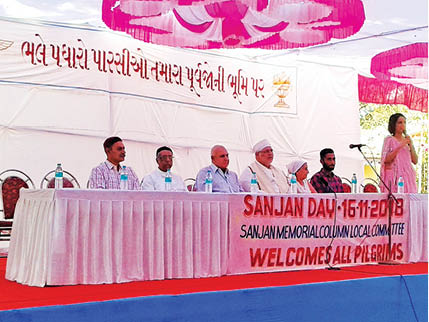 WZO Trust Funds Chairman, Dinshaw Tamboly stressed upon the need for our community to increase our population, and appreciated the Daviervala family for holding this meet year after year. Pearl Mistry of Jiyo Parsi informed the gathering about the 2nd phase of ‘Jiyo Parsi’ scheme that has so far helped over fifteen Parsi couples and has achieved a count of one hundred and seventy births. She expressed joy on the fact that couples above the age of 45 years are now approaching them and are keen to have a baby. The event concluded with a vote of thanks by Khusnam Daviervala, who thanked Cyrus Guzder for his generous donation towards the Stumb Committee, followed by a sumptuous lunch gambhar catered by Kaizad Patel.