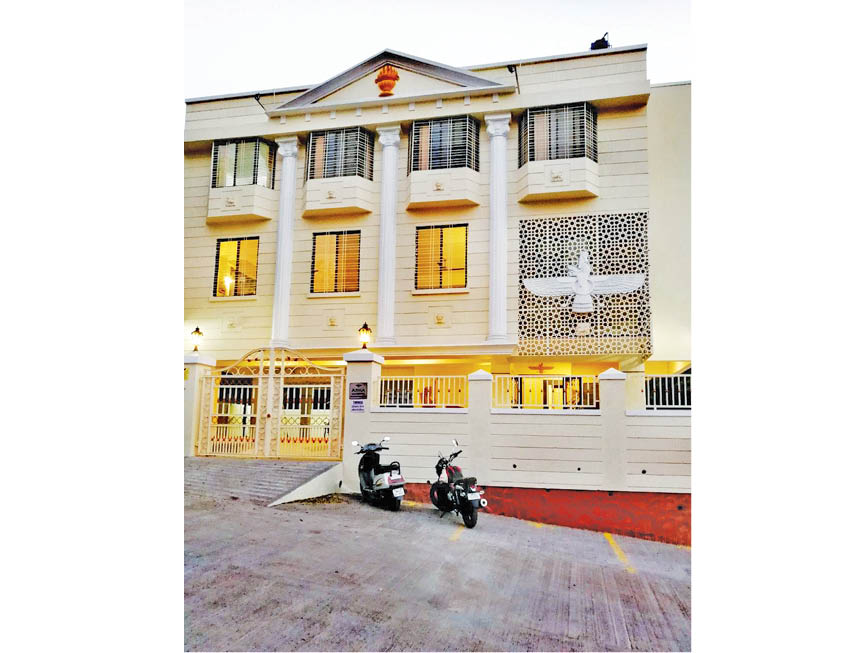 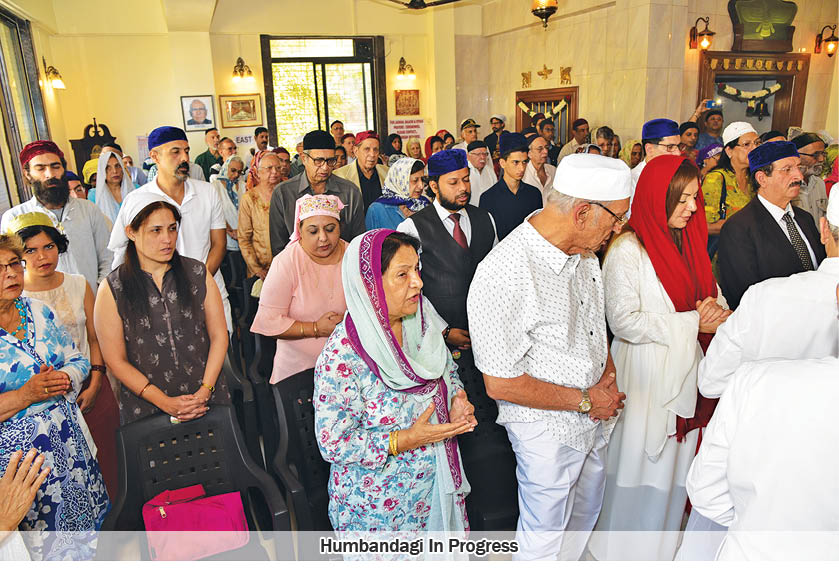 Christmas Day in December 2018 indeed brought in tidings of joy and celebrations at Pune’s Dadgah, ‘Asha Vahishta – The Zoroastrian Center’, as it marked the completion of a fruitful year filled with success, blessings and smiles. Over two hundred Zoroastrians attended the 1st Anniversary celebrations at the majestic Dadgah, which is gaining increasingly in patrons and appreciation, as much for its practice as it is for its structure, which adorns a glorious Asho Farohar.

The commemorative day started with a Thanksgiving Jasan, which took place at 10:30 am. Performed with great fervour by six priests, the Jasan witnessed a full house with the entire hall packed to capacity. The tremendous response received for the very first Salgreh event was evident with the people in the Hall overflowing onto the standing areas in the corridor and in the open compound. The Jasan concluded with a Humbandagi and a Machi. Soon after, the devotees were regaled by a group of talented Zarthosti musicians from Iran – Arman, Mehdi and Mojan – who brought to life the authentic Persian Zarthusti ambience, with their impressive talent, playing ancient, Persian classical musical instruments – the Sarinda and Tamboor. Their soulful rendition of Zoroastrian religious folk songs from Persia touched everyone deeply and received great cheer from the audience. 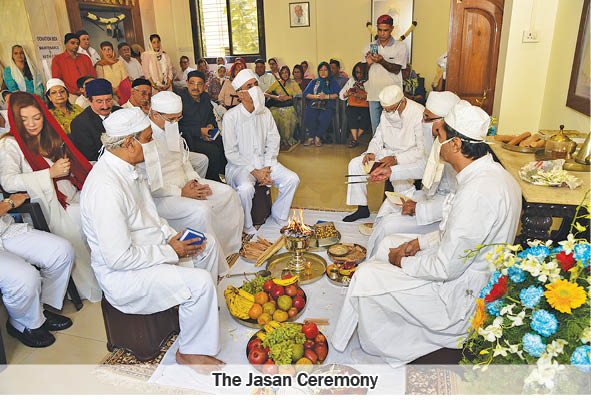 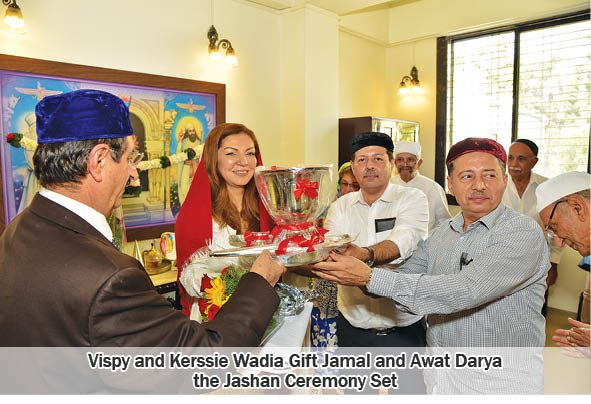 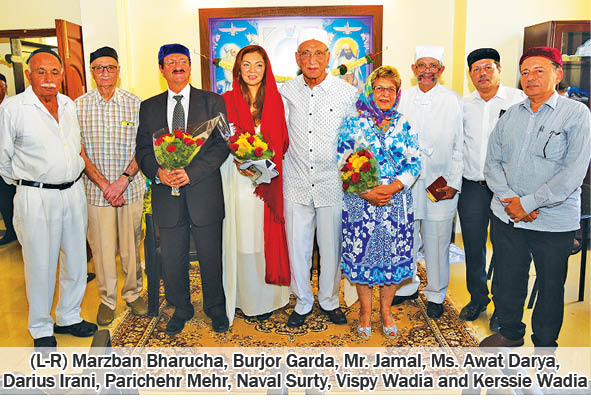 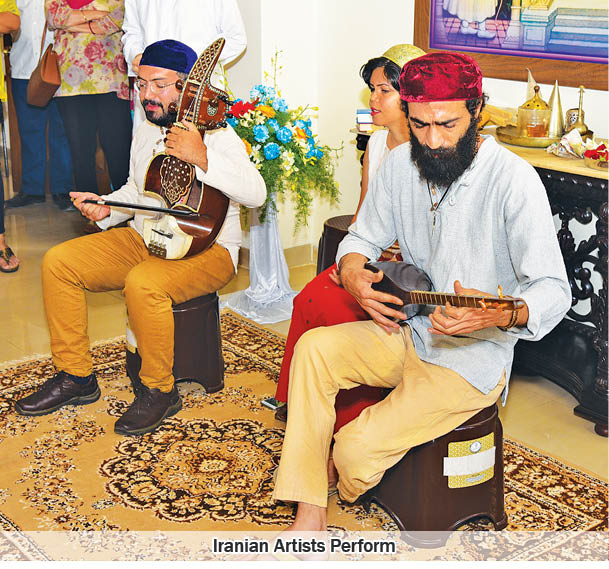 To add to the essence of the Salgreh celebrations on this auspicious occasion, international guests were specially flown down to Pune. One of the Chief Guests and speakers for the special day was Awat Darya – the Zoroastrian representative in the Kurdistan Regional Government, and her husband, Jamal, who were flown in from Kurdistan. She spoke at length on ‘The Zoroastrian Story of Kurdistan’ and provided inspiring information and insights into the land of our origin.

Parichehr Mehr and Darius Irani were the other Guest Speakers for the day. Parichehr – wife of late Dr. Farhang Mehr, the ex-Deputy Prime Minister of Iran during the last Shah’s regime – spoke about the current troubles and tribulations faced by Zarthostis in Islamic countries. She expressed happiness at the fact that in India, a dream which was seen eight years ago, had finally borne fruit in the form of Pune’s Asha Vahishta Dadgah, which had succeeded in providing a beautiful religious haven, open to all Zarthostis throughout the world. Even as she commended the democratic freedom of religion accorded to us in India, she lamented the sad state of innumerable Zarthostis suffering in Islamic countries for the last 1,400 years. She applauded their strength of conviction in standing their ground strongly and practicing the basics of Zoroastrian religion – Good Thoughts, Good Words, Good deeds – in the face of Islamic atrocities. She concluded meaningfully, with, “We have done our duty and we will now pass it on to the young people and hope that they will take it along strongly.”

Darius Irani, an Irani Zarthosti spoke about the progress of Kurdish Zoroastrians. He was pleased to share, that as per the formal statement released by ‘AWQAF’, the official Kurdi organization for religious endowment in Kurdistan, the Zarthosti population in Kurdistan was increasing at a good pace and would be touching three lakhs soon! He pointed out how the Kurdistan Zarthostis were staunch followers of Zoroastrianism, and thought of themselves primarily as Zarthostis, as their ancestors and forefathers were Zoroastrians.

The function ended with refreshments and Jashan ni chasni for all to partake. All the patrons paid their heartfelt respects to the Dadgah Saheb when the Rapitvan Geh buoy was performed. As most of them had now become regular visitors of the Dadgah, they thanked the Wadia brothers and all responsible for establishing the Dadgah and for running it immaculately – providing a sense of warmth and belonging for all Zarthostis, immaterial of their birth status or life-choices.

It would be interesting to note that a couple of days before the Salgreh, on 23rd December, Dadgah Asha Vahishta had a delightful group of visitors from around the world – the Zoroastrian Return to Roots contingent, comprising around 20 Parsi Irani youth, headed by the dynamic Arzan Sam Wadia from New York. A special Tandarosti prayer for the group members was also performed at the Dadgah.

PT Reporter Khushroo Mehta, caught up with Vispy Wadia, one of the founders of the Center. “It’s astonishing how quickly time flies! A landmark, which was created last year on 25th December, completes one year today! I’m happy to be part of this initiative. In the past year, we have performed 18 Navjotes and 5 marriages for Zoroastrians and inter-married Zoroastrians. Three funeral services have also been held for people opting for alternative mode of disposal. Virtually every day, Tandorosti and Machi prayers are offered. Many also request Fareshtas to be performed at their residence and our Mobeds cater to the same, for those unable to come here.”

A year back, on 25th December, 2017, Dadgah ‘Asha Vahishta – The Zoroastrian Center’, was inaugurated in Pune, under the umbrella of Association for Revival of Zoroastrianism (ARZ), which will have its doors open to intermarried Parsis and their children, as also Zoroastrian enthusiasts who seek a greater understanding about the religion. Located at Pune’s NIBM Road (Kondhwa), the Dadgah is spearheaded by brothers Vispy Wadia and Kerssie Wadia, who started the Trust in 2005 with the main aim of ‘inclusion’ or providing a dignified alternative to Parsi Zoroastrians who are discriminated against or excommunicated from entering religious places of worship. The Center is open for worship to all Parsi/Irani Zoroastrians, with a special focus on the intermarried Parsi population including their non-Parsi spouses, so as to ensure that a family is united during worship.

The Asha Vahishta houses a community hall, a prayer hall, a library and a Dadgah fire, and is built over 5,500 square feet. The two-storeyed construction includes an elevator to convenience the elderly and the specially-abled. Open for visits 7 days a week, from 8:00 am to 1:00 pm and 4:00 pm to 8:00 pm, the first floor houses the library, the prayer hall and the kebla, and the second floor comprises the living premise for the manager (the full-time care-taker of the Dadgah) and four extra rooms for the use of those who hold ceremonies like navjotes and marriages.

“We are looking to further expand the structure and provide extra space, as the room facilities available on the second floor for the Navjotes and Lagans are falling short of capacity,” said Vispy Wadia, indicating the popularity of the Dadgah and the increasing number of Zarthostis patronising the Center, concluding with, “After all, as the saying goes, a family that prays together, stays together! Happy New Year to all!”