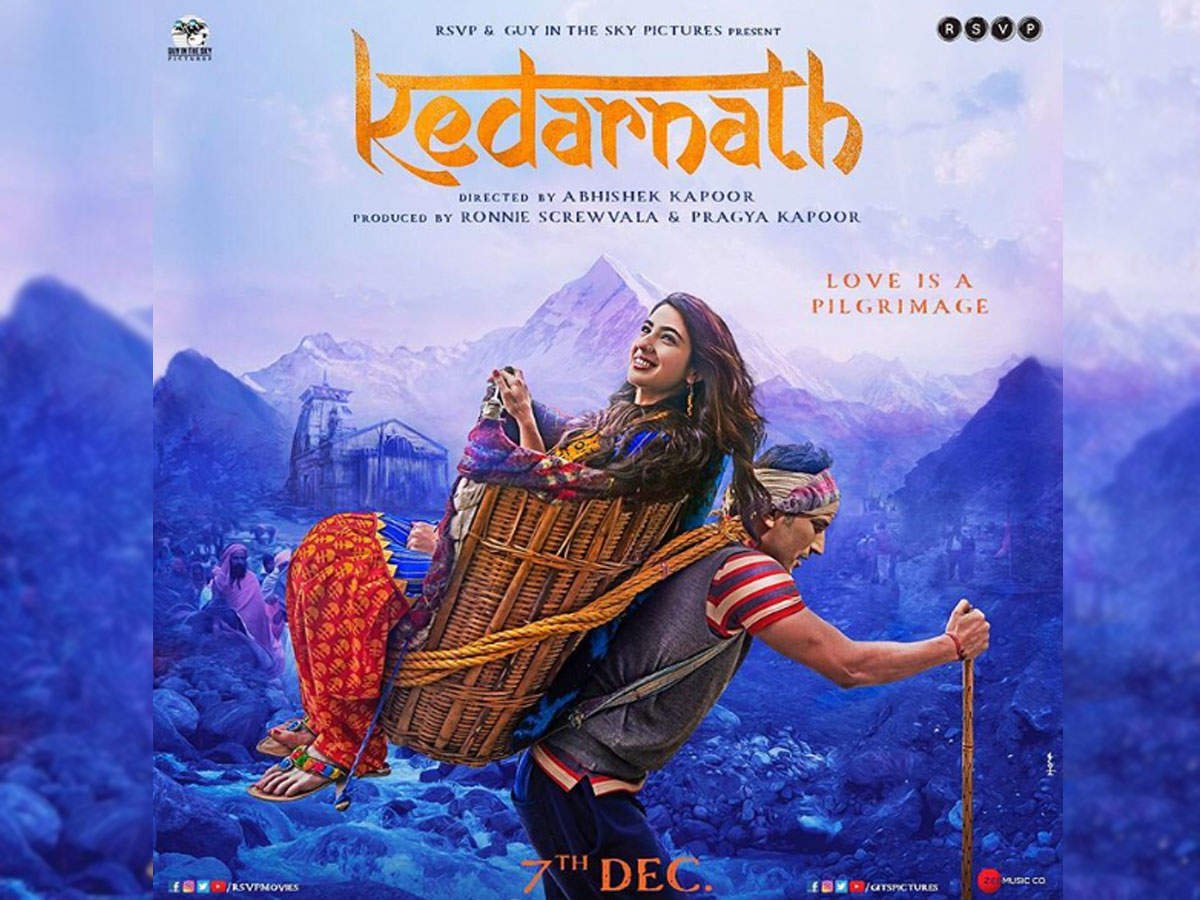 Kedarnath could be succinctly described as a 20-minute film on natural calamity wrapped around in a 2-hour romantic drama.

Mansoor (Sushant Singh Rajput), a Muslim lad of modest means and temperament, ekes out a living transporting pilgrims 14 km from Gauri Kund up to the holy town of Kedarnath. Love blossoms when he comes across the sprightly Mukku (Sara Ali Khan), daughter of the local Hindu priest. Mandakini, or Mukku, also happens to be betrothed to Kullu (Nishant Dahiya).

More than half the film is devoted to the trysts and romance between Mukku and Mansoor, with the social and economic barriers acting as the backdrop. Also, there’s a nuanced sub-plot of how overcrowding and commercialisation leads to ruination of high altitude pilgrimage areas.

The genesis of the film lies in the mammoth floods of Uttarakhand which devoured people and property in June 2013, leading to 4700 dead and thousands missing. Sushant Singh is not his usual confident self and in almost every frame seems to play second fiddle to debutante Sara Ali Khan, who has acting in her genes. The supporting cast play out their parts well and are largely unobjectionable. Director Abhishek Kapoor (Kai Po Che!) fails to build a platform from where he could have built the momentum leading to the final 20 minutes. Despite the copious computer graphics, Tushar Kanti Ray’s cinematography of the vales and the snow-capped mountains, especially the aerial shots, serves the film
well.

Sara Ali Khan is sure to remind filmgoers of her mother Amrita Singh. While the latter was fiery and hotheaded in her debut ‘Betaab’, the daughter is exuberant and fiesty