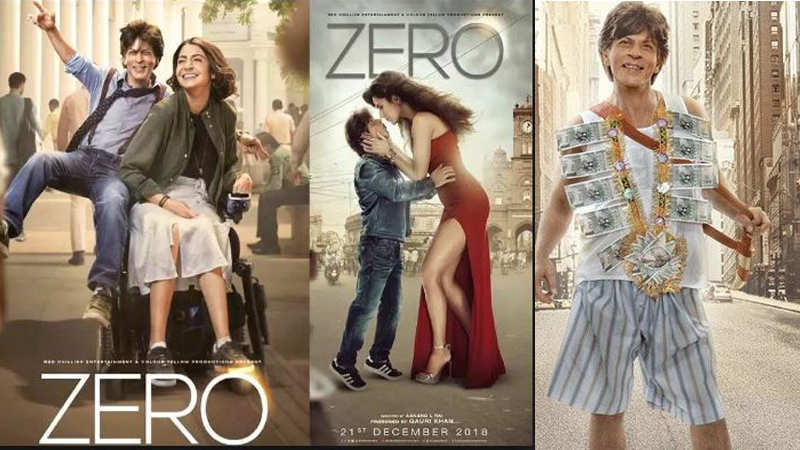 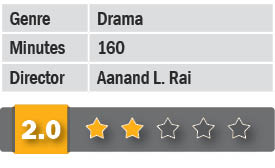 ‘Reach for the moon and the stars will fall in your lap,’ seems to be the philosophy followed by SRK and the people responsible for bringing the film to its title ‘Zero’. In a runtime of two-and-a-half-hours plus, Zero undergoes a series of transformations – possibly more than the number of titles thought of by the filmmakers: beginning with ‘Katrina Meri Jaan’ – before settling on ‘Zero’.

Bauua Singh (Shah Rukh Khan) is a 38-year-old, four-feet-six-inches Meerut-based guy with a perennial man-Friday (Zeeshan Ayyub) spurring him on. His quest to find a suitor leads him to a marriage broker who shows him a photograph of NASA scientist, Aafia Bhinder, (Anushka Sharma). The only problem – she suffers from a disability: wheelchair-bound, contorted facial expressions and jerky body movements. One can only suppose it is cerebral palsy. Around the same time, our midget gets to meet his heartthrob, Bollywood starlet, Babita Kumari (Katrina Kaif) in a reality show, with Salman Khan making an appearance.

The film progresses till, in an overstretched second-half, our vertically-challenged hero gets to replace a chimpanzee (yes, you read that right!) in a spacecraft whose mission is to orbit Mars. Zero also manages to stretch the viewers’ credulousness. Anushka delivers a sincere performance, her dialogues oscillate between audible to barely audible; while Katrina gets to do what she’s adept at – looking glamorous with a generous amount of skin-show and delivering a few English sentences.

The indefatigable Shah Rukh Khan’s energetic performance is a valiant attempt at salvaging his producer-wife’s film. But scenes such as him physically interacting with people after emerging from a sanitised chamber just before his space launch, reverses all his hard work. His star power enables the viewer to catch fleeting glimpses of female stars such as Sridevi, Juhi Chawla, Alia Bhatt, Kajol, Rani Mukerji in cameos, similar to his 2007 ‘Om Shanti Om’, a trend which started with Manmohan Desai’s 1981 ‘Naseeb’.  If you’re a diehard fan of SRK, no harm in a one-time watch.