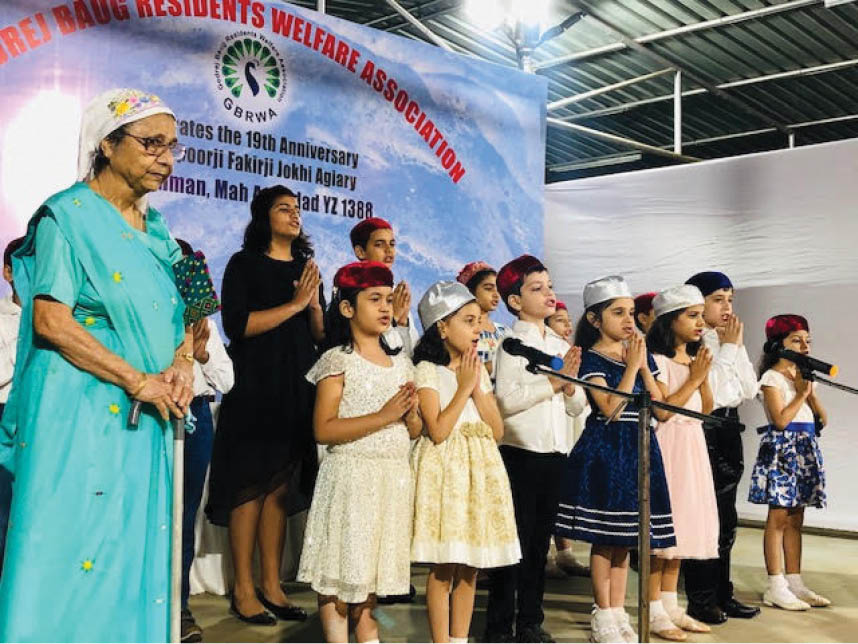 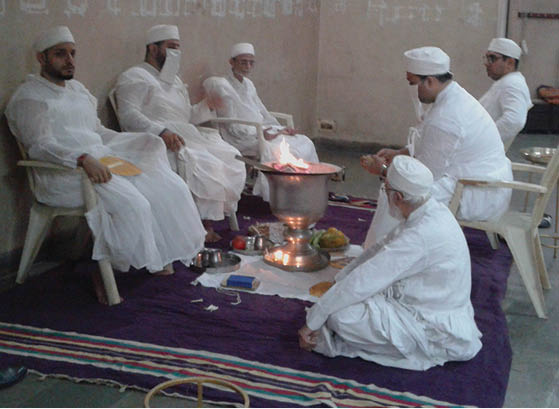 Roj Behman, Mah Amardad is a special day for Godrej Baug residents as this marks the day that the holy Aatash Padsha, originally enthroned in Tavri Village in Navsari, was brought to Godrej Baug and enthroned in the Shapoorji Fakirji Jokhi Agiary. On 16 December, 2018, the celebrations began with a Machi in Uziren Geh followed by the Jashan led by the Er. Harvesp Madon, assisted by other Ervads from Godrej Baug. The Melavdo at the Eco-park started with prayers and a welcome song followed by a skit based on ‘Sarosh Yazad’ performed by kids, co-ordinated by Jer Nargolwalla, Pervin Sidhwa, Bapsy and Anahita Modi. A Rangoli Competition, judged by Nikita Cooper, was also held in the morning.

BPP Trustee Kersi Randeria graced the occasion as Chief Guest for the evening. Guest of Honour, Police Inspector Shri Cyrus Boman Irani, who has not only made the Baug, but also the entire Zoroastrian Community, proud with his numerous achievements and meritorious service to India, attended with wife Delnaz Irani. Diana Marfatia, educationist and keynote speaker, enlightened the audience on ‘Education for Life’. BPP Trustee Xerxes Dastur also attended with wife Meher. President Farhad Hozdar in his welcome address, emphasised on how Prayer is Man’s Best Power and that Education of our youth is the strength of our Community as well as the entire nation.

GBRWA felicitated Cyrus Boman Irani, recipient of the Presidents Police Medal, for Meritorious Service. GBRWA awarded merit certificates and cash prizes to achievers in academics, sports and extra curricular activities. The Association also gives over 250 free Gambhar passes to ensure that the economically deprived brethren can also join in the festivities. Compared by Gen. Secretary, Shahrukh Bilimoria, the vote of thanks was proposed by the Vice President, Neville Daroga. The programme concluded with delicious Gambhar catered by Hilla and Shezad Marolia of Farohar Caterers.

The Association is grateful to all the donors and well-wishers for their donations; and thanks all for their support and co-operation in ensuring the success of the Agiary Anniversary Celebrations.

Panthaki Er. Harvesp Madon has invited all Zarthostis to visit the Jokhi Agiary and attend an after midnight Hama Anjuman contributory Machi, followed by a Humbandagi on the eve of New Year at 1.00am (1st January, 2019). Contributions towards this may be directly given to the Panthaki.