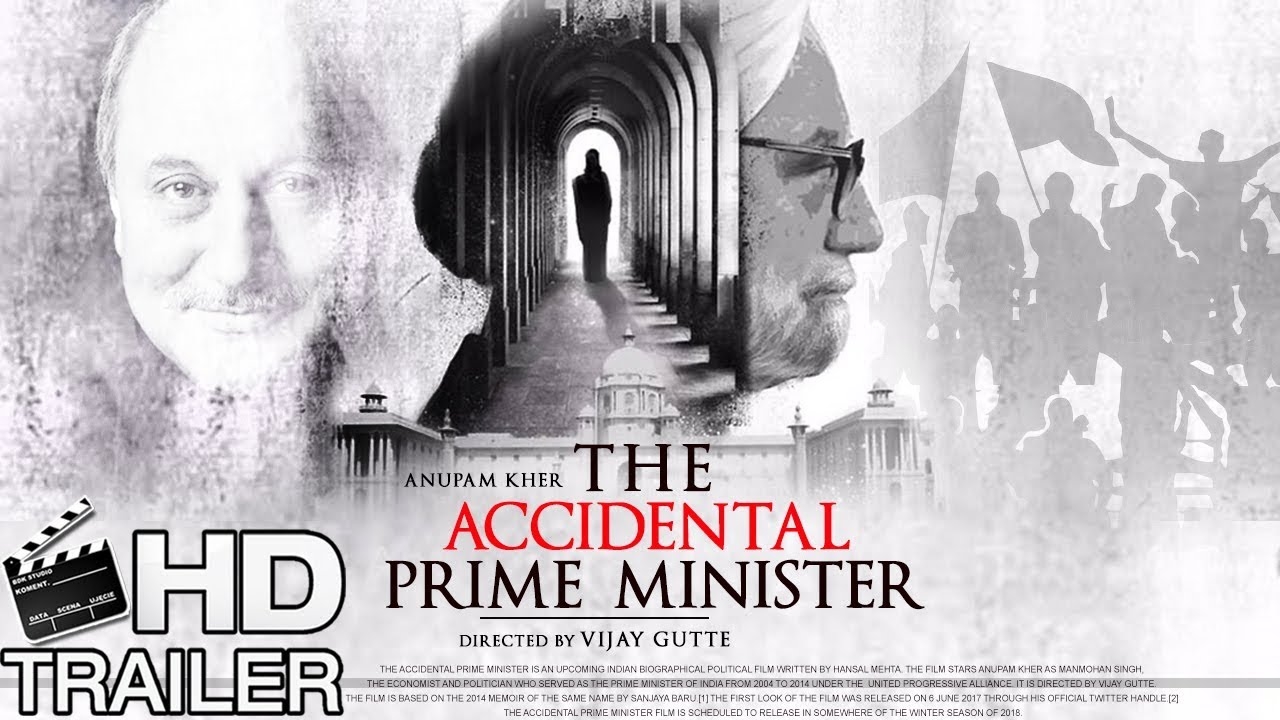 The film could be termed a severe disappointment, or a hilarious take on the political scenario of our country from 2004-2014, which was the period when a certain, and ‘contingent’ gentleman held the office of India’s Prime Minister. It all depends on which side of the fence one is (read: political leanings). After all, doesn’t the film’s initial disclaimer say that the film is ‘a cinematic adaptation and  solely for the purpose of entertainment’? The film is based on Sanjaya Baru’s (he was the Media Advisor and Chief Spokesperson to Dr. Manmohan Singh from 2004 to 2008) memoirs during his term in office. Veteran Anupam Kher consummately slips into the eponymous role of the PM, while Akshaye Khanna plays Baru, though with barely any resemblance.
Seeing the finished product, first-time writer-director Vijay Gutte’s intentions are difficult to fathom – was he guided by external forces or was he following his inner voice. The film seems to be as much about the PM as it is about Baru, with every third dialogue of the latter spoken looking at the viewer. For someone who has followed the political scenario of the country for the last decade and a half, TAPM doesn’t have much to offer. The film, which relies heavily on stock footage, begins with the Congress Party workers’ jubilant celebrations in 2004 followed by the Party’s High Command, Sonia Gandhi (German Suzanne Bernert) keeping senior Congress leaders on tenterhooks as to her intentions till the non-starter, Dr. Singh’s name is announced.
Critics, including this reviewer, had a delightful time putting names to faces – the lungi-clad Chidambaram, the paan-chewing silver-haired Lalu Prasad or the senior statesman Vajpayee, who spoke eloquently with his expansive smile. And no, it’s not ‘Madam’ who comes across as scheming or villainous, but her confidant, the conniving Ahmed Patel (Vipin Sharma). Arjun Mathur plays Rahul Gandhi, unsure of himself. Divya Seth is Gurcharan Kaur, the PM’s wife who constantly reassures her husband that he is the innocent guy who’s made to take the flak.
Two contrasting scenes stand out – ‘Main koi doodh peeta bachha nahi hoon’ says the PM at one time. But this is undermined when he’s made to ask his wife ‘Yeh Que Sera Sera kya hai?’ when the song is played out. The filmmakers have played safe, muting certain words which apparently referred to high profile names. In the final analysis, in the absence of a gripping screenplay, one wonders whether the film was the result of an accident!