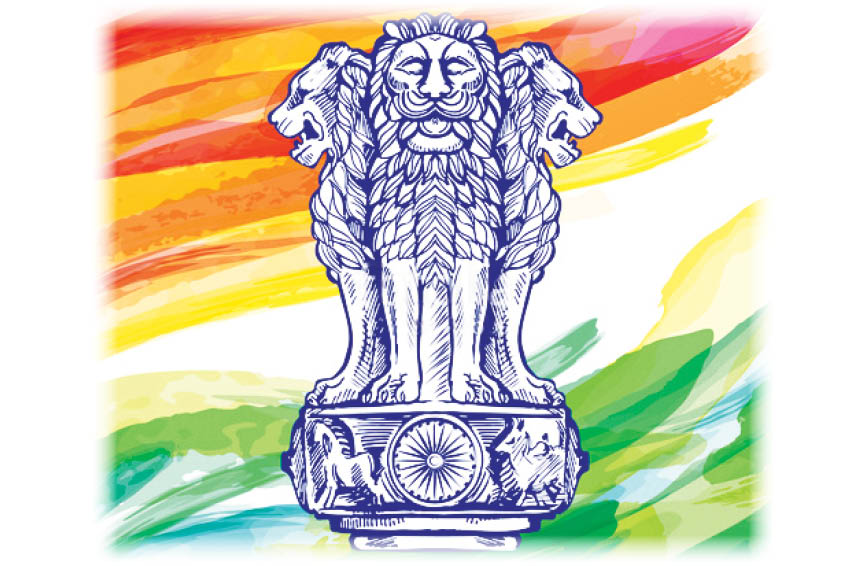 I remember the first Republic Day of India quite vividly, rather as vividly as then a boy of five could. It was frenzied – I could not understand what the hullaballoo was all about. The word ‘Republic’ meant very little, rather almost next to nothing to me, but I found the mood every-where jubilant. It was on the 26th day of January, 1950, that the Indian Constitution came into effect and the ‘Republic of India’ was born. It is one of the most populous country in the world and the certainly the most populous democracy ever!

Millions of peoples then, may perhaps, not have the understood the very concept of Republic and still less, of the term, ‘Democracy’, but today, it is the teeming mass that turns up to vote, and the enlight-ened upper class and even some of the upper middle class who refuse to stand in queue with the hoi-polloi to cast their vote and exercise their rights. A pity!

As I was saying, I found the mood everywhere jubilant. My mom and dad would meet every evening with a large group of friends, and a couple of days before the R-day, us children were told that we were going out, “kale rate Light-jova jJavanuch.” Boy, oh boy! An outing at night, a forbidden fruit, was too much, especially to kids whose nine o’clock bedtime was strictly observed.

Bombay, or Mumbai of today, had turned into a lit-up wonderland, with its population of about four million denizens, all out to celebrate their new-found Democratic Republic. We had walked down from our homes at Fort, wondering at the illuminated buildings around Flora Fountain on to the Bombay University’s Rajabai Tower, the Elphinstone College, the (then) Prince of Wales Museum, Sir Cowasji Jahangir Hall i.e. now the Modern Art Gallery and the Regal Theatre all lit up and gaily decorated. Restaurants were open all night long. Swirling, milling, flags waving, dancing crowds everywhere! In buses, trams, cars, victorias, (remember those horse carriages?) and overloaded trucks full of humanity!

The next day our entire gang got in on the upper deck of a tram to ‘Pydhonie’ and went on a sight-seeing ride, all the while tucking in sandwiches and wafer chips. All Bombayites seemed to have poured out on the roads of Bombay.

It was a very different world we inherited, and we have come a long way since that lit up night.