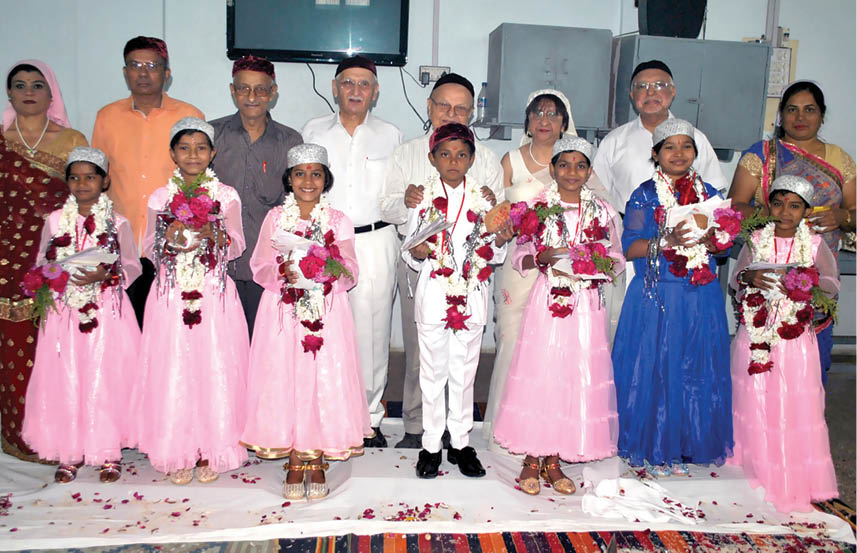 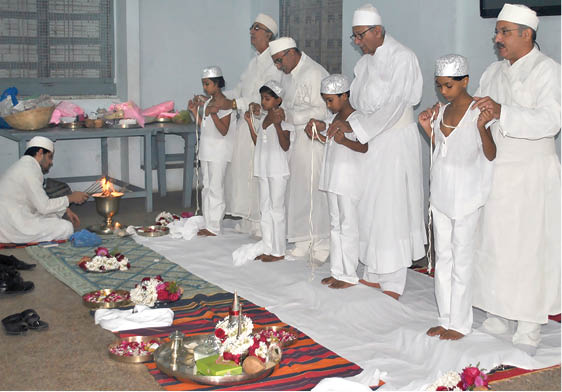 Six girl students from the Surat Parsi Punchayat (SPP) run ‘Nariman Girls Orphanage’, namely Jennifer Dehnugara, Monaz Pithawalla, Pinaz Pithawalla, Farzana Avari, Shernaz Gole and Armin Gole) and Dinyar Gole from ‘Parsi Boys Orphanage’, were ordained into the Zoroastrian faith through the Navjote ceremonies organised by the SPP, at the Nariman Girls Orphanage, on 14th January, 2019. Commencing at 9:45 am, the ceremonies were led by Navsari Mobed, Er. Freddy Palia alongside five other mobeds, and attended by SPP Chairman – Jamshed Dotivala; Trustees – Yazdi Karanjia and Kashmira Dordi; as well as staffs of both orphanages and the SPP, who blessed the children with pehramnies and good wishes. The children were gifted new clothes, shoes and jewellery. This was followed by lunch.

Currently, the education expenses of these Zoroastrian children (including books, tuition fees, uniforms, meals, lodging and other expenses) are entirely borne by the Surat Parsi Punchayet, which, along with a few well-wishers, has further decided to donate a specific amount and invest the same for the welfare and higher education of these children.