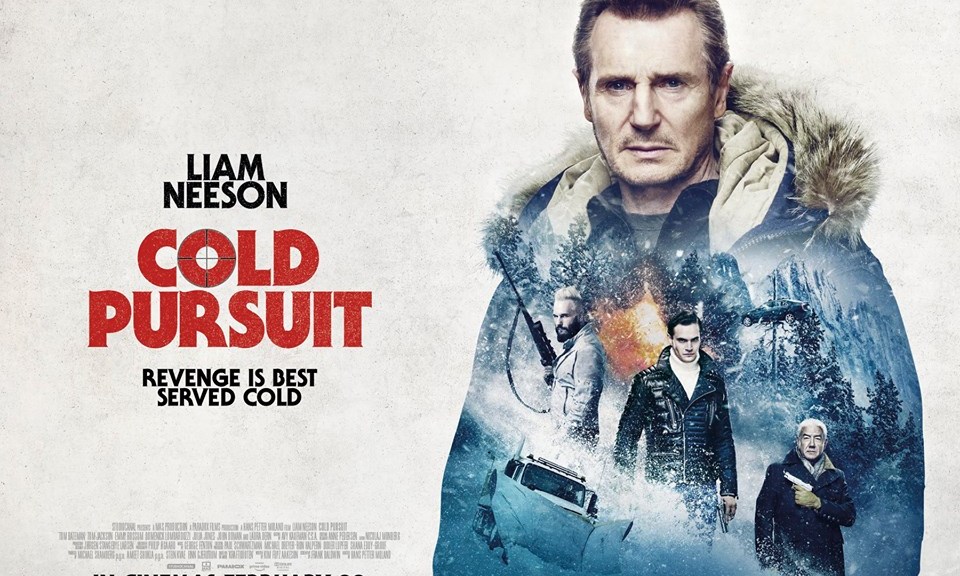 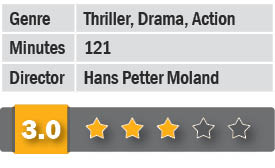 ‘An eye for an eye, a tooth for a tooth and multiple lives for one’, seems to be the motto of ‘Cold Pursuit’, a remake of Moland’s 2014 ‘In Order of Disappearance’ – a motif cleverly crafted during the film’s closing credits. Eye-catching cinematography, a body count which one loses track of halfway through the film and Native Americans involved in a gang fight – and not necessarily in that order – are some of the ingredients Cold Pursuit has to offer.

Nels Coxman (Liam Neeson) is a conscientious snow-plougher in the (fictitious) mountainous ski-town of Kehoe, a three-hour drive from Denver. When his young son Kyle is found mysteriously dead, apparently from an overdose of drugs, he goes on a fact-finding mission, which leads him to drug-lord Trevor ‘Viking’ Calcote (Tom Bateman) and his goons.

The film opens with an Oscar Wilde quote, and has enough elements in the first half to keep the viewer engrossed. But for the most part it has a formulaic feel, particularly with Neeson reprising his vendetta-themed role, except for Native Americans playing what would have normally been Latinos. Canadian Tom Jackson is the rival drug-lord White Bull, who’s led to believe that Viking is responsible for the former’s son’s killing. Norwegian director Moland would have been in perfect home conditions in Canada’s icy northern region of Alberta and British Columbia, where the film was entirely shot. Every time one of the drug-lord’s goons falls, comes the witty announcement on screen, along with the gangster’s nickname (Sly, Shiv, Limbo, Speedo).

The episode of the Afro-American hitman episode lacks credibility and seems to be written as an afterthought. Coxman’s sister-in-law (Elizabeth Thai) is caricatured as a South-East Asian go-getter and the film freefalls into (un)intended laughter when least expected. But the breathtaking cinematography of the snow-capped mountains by veteran Philip Ogaard makes up for such minor blemishes. Watch it for Niam Leeson, who’s declared this to be his last action film.