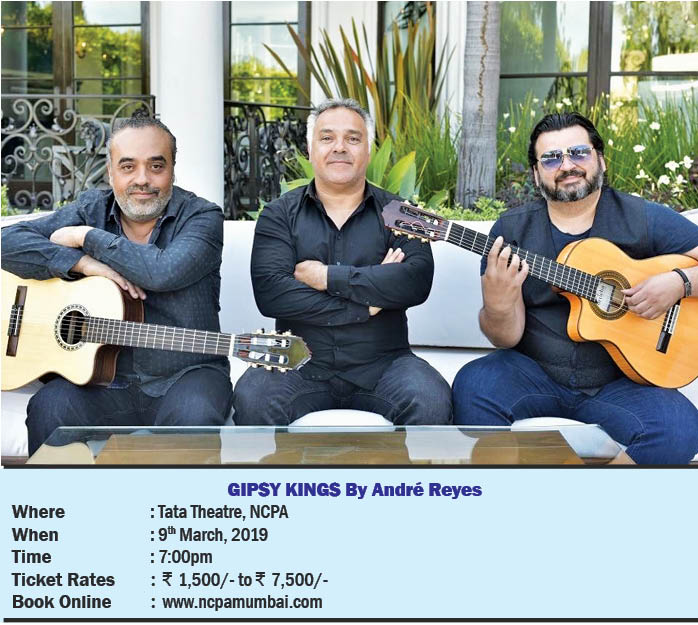 For the very first time in India, NCPA presents 8-time Grammy Award Nominee, and Grammy Award Winner (Best World Music Album 2113), André Reyes on guitar and vocals in GIPSY KINGS, featuring luxury guests Mario Reyes and Chico Castillo. André eclectic song style includes traditional and popular hints of Flamenco and Rumba, and is sure to get everyone on their feet with great hits like ‘Bamboleo’, ‘Volare’ and ‘La Dona’, among others.

Gipsy Kings comprises two sets of brothers – the Reyes (Nicolas, Canut, Paul, Patchai, André) and Baliardos (Tonino, Paco, Diego)- all descendants of Spanish gypsy families who fled to France to escape the Civil War in Spain, and grew up in Southern France, working the crops and playing music. In 1987, their self-titled album which introduced the world to ‘Rumba Gypsy’ and ‘Bamboleo’ was a huge global hit. They have, since been performing across the world and are all set to wow India for the first time, thanks to NCPA!