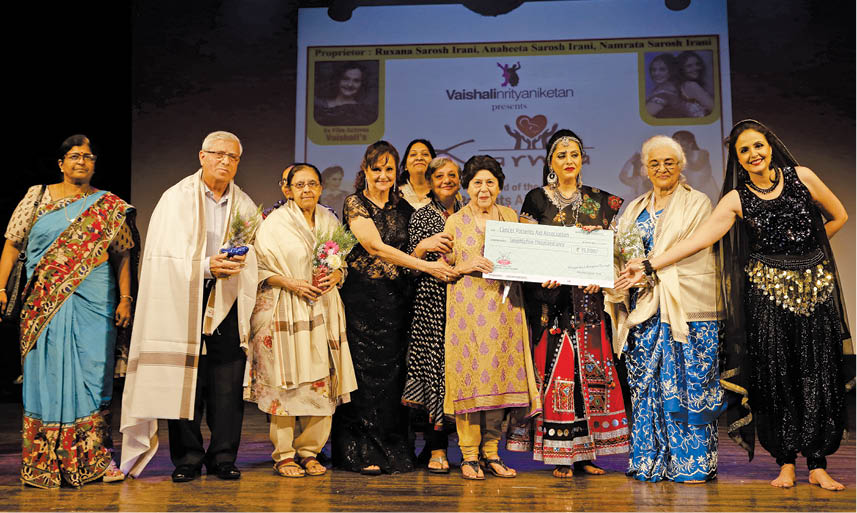 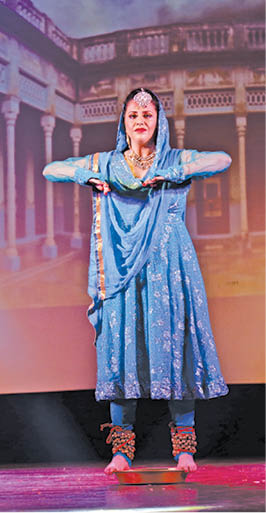 On 3rd February, 2019, Thane’s oldest dance and acting institute – Vaishali Nritya Niketan – held its annual event, ‘KARMA’, in aid of cancer patients, at the Sophia Bhabha Auditorium in Mumbai. This dance institute is conducted by dynamic ex-film actress, Vaishali (alias Ruxana Sarosh Irani) and her two talented daughters, Anaheeta and Namrata Irani. The event, ‘KARMA’, which was attended by a large number of people, laid emphasis on dances of Kathak, Bharat Natyam, Folk and amalgmated medleys with dances dedicated to Goddess Durga.

The play enactment could not be missed out on the lead character Namrata, who played ‘Rupa’, a woman who is extremely passionate about cleanliness in her surroundings as well as the washrooms. This play was written and scripted by Namrata’s elder sister, Anaheeta, who spoke emphasizing about Namrata’s passion for hygiene and cleanliness, even otherwise as a person.

‘KARMA’ was attended by veteran film actress, Asha Parekh, who raved about the performance of the students of the institute and showered great praise upon Anaheeta and Namrata. She highlighted the need for all of us to concentrate on the dying stage of our Indian and Folk dance forms in our obsessive attempt to ape the West.