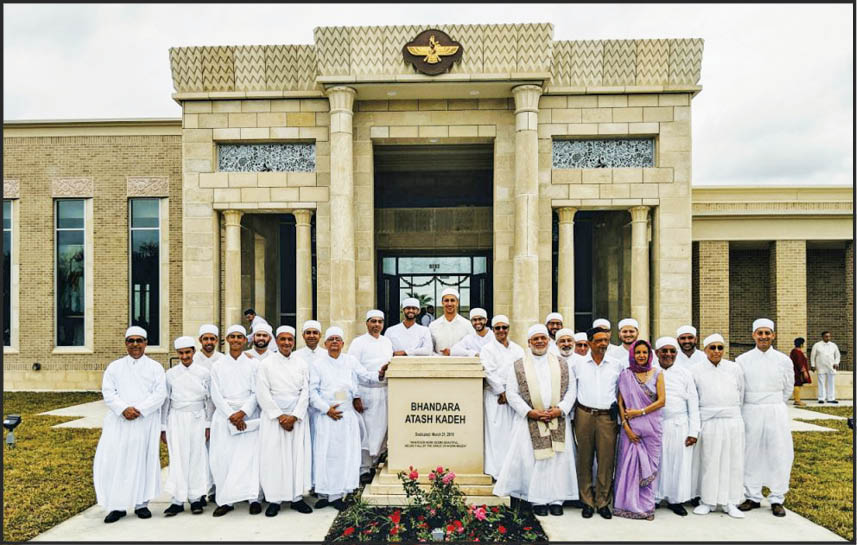 Printed with prior permission from Parsi Khabar. 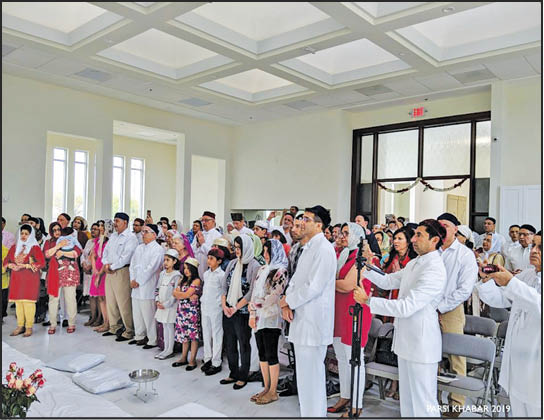 Jamshedi Navroze 2019 and the subsequent days shall long remain etched in the memory of the hundreds of Zarathushtis who gathered in Houston to witness the inauguration of North America’s newest place of Zoroastrian worship, thanks to the generous donation by Shernaz and Firoze Bhandara who funded the entire project. Conceptualized and designed by Chicago architect Cyrus Rivetna, with laser-cut frieze panels displaying beautiful gara-designs by the brilliant fashion designer, Ashdeen Lilaowala, the building evokes the grandeur of Persian architecture. A first of its kind, this Atash Kadeh is designed to have a continuously burning consecrated fire and spaces to perform some of the higher liturgical ceremonies, including the Navar and Martab ceremonies for the initiation of Mobeds. 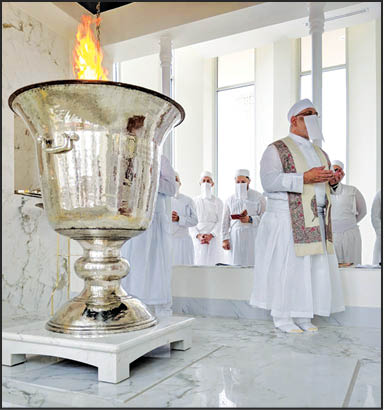 People from all over Houston dropped off Sukhad and Rakhiya to be used for the opening day ceremonies. On Navroze Day, March 21, 2019, the community gathered for the first Baj ceremony of the new Atash Kadeh, post which a Boi was performed and a procession of priests carried the fire from the old building into the new one. Later in the evening, Vada Dasturji of Iranshah (Udvada), Khurshed Dastoor, who was invited for the inauguration, addressed the gathering, urging all to adhere to the tenets of the religion and show adequate respect when visiting the Atash Kadeh. 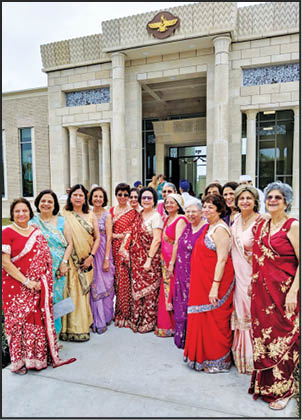 A Vendidad ceremony was performed at 1:45 am on March 22nd, by 7 Mobeds from Houston, Dallas, Washington DC and London. For the 100 attendees who were present all night for the prayers, it was a serene and surreal experience. The prayers ended just before sunrise and a community breakfast was organized by ZAH (Zoroastrian Association of Houston) with sev dahi, pora pav and chai. The evening program, organized by the ZAH Library Committee and spearheaded by Aban Rustomji, comprised an exhibition titled ‘Down Memory Lane’, which recreated scenes from the past using original period artefacts. Literary giant, Bapsi Sidhwa made a rare appearance and regaled all with a beautiful address about her kid brother’s journey from Lahore to Houston. Next, architect Cyrus shared insights into the creation of the building and some of its firsts. Keynote speaker, Vada Dasturji Khurshed Dastoor kicked off the formal program speaking about the Zarathushti way of life and how one could implement the teachings in our daily life.

On March 23rd morning, people gathered in large numbers to witness the first Jashan of the Atash Kadeh, followed by the first Boi ceremony. 25 mobeds, led by Vada Dasturji Khurshed Dastoor, performed a Jashan witnessed by over 300 people. After the Jashan, the fire was carried to the Atash Gah and the main Afarganyu fire lit for the very first time, followed by the Boi ceremony performed by Er. Behramshah Sanjana, a senior local Mobed in Houston. Chasni and other refreshments were distributed, concluding the morning series of events. Later that day, a gala dinner comprising over 640 people was held – graced also by local politicians, the Indian Consul General and other dignitaries. Firoze and Shernaz Bhandara thanked ZAH members and various local officials. The evening ended with a delicious spread, merriment and dancing.

March 24, 2019 marked the last day of festivities, with an Ava Yazad Parab Nu Jashan performed to close the 4-day celebration. The Houston community proved that collective resolve, passion, a sense of belonging, and a combined purpose can move mountains and turn dreams into reality. The unequivocal support from Zarathushtis across North America and the world was evident in the large turnout. It is now upon the ZAH community to ensure that the beautiful Atash Kadeh is maintained and respected with due diligence and as, emphasized by Vada Dasturji, the continuous burning of the fire into perpetuity, is the only way that this amazing gift by the Bhandara family can be honoured. In the days and weeks ahead, it is hoped that the fire is consecrated, and future first generation of Navars and Martabs in the Western world can come from this Atash Kadeh.