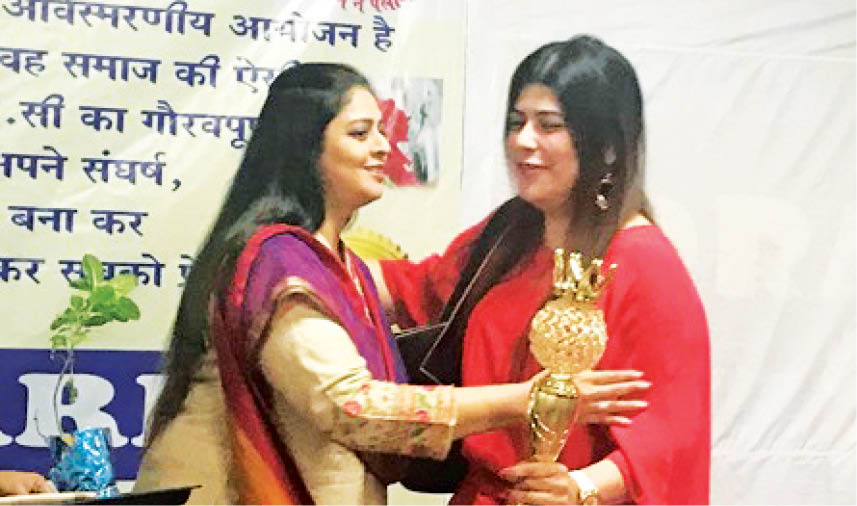 Former journalist, author and current cabin crew for an international airline, Kainaz Jussawalla from Bandra, recently won the ‘Shiksha Award’ in the field of Literature, at the 14th International Press Community Awards, for her outstanding contribution to the field of writing, journalism and her successful debut novel, ‘Coffee Days, Champagne Nights’ launched in July 2017.

The Awards function was held at St. Paul’s Media Complex, Bandra and was attended by prominent personalities including film actor Nagma and singer Anup Jalota. Awards were also given in the field of electronic media radio, television, social media and music, and presented by actress Nagma Morarji.

When Parsi Times had covered the launch of her book earlier, Kainaz had shared with us that she credited her grandma, Sheroo Jussawalla, for being her inspiration as an extraordinary story-teller. She also said she was a devoted Parsi who has great faith in Dasturji Kukadaru Saheb.