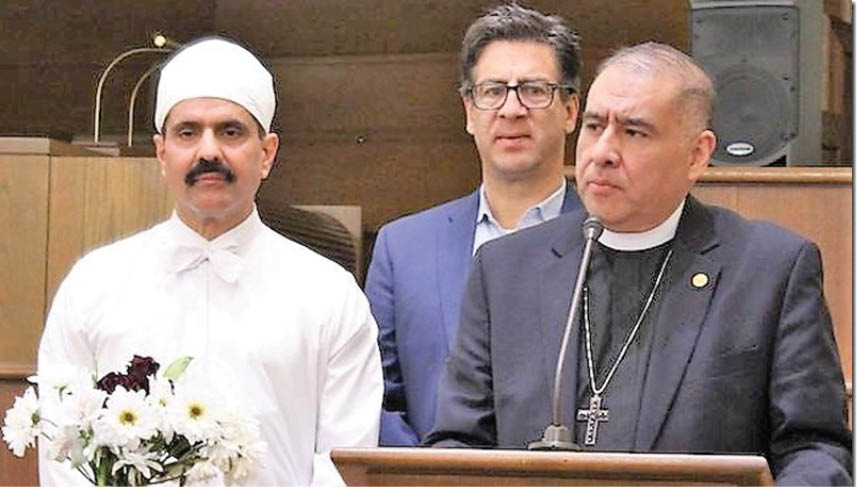 On February 21, 2019, at the invitation of the Consulate General of the Republic of Azerbaijan, Er. Zarrir Bhandara representing the Zoroastrian faith, accompanied by FEZANA’s Xerxes Commissariat, graced the commemoration of the Azerbaijani Multifaith Memorial, in remembrance, peace and reconciliation of the Khojaly Tragedy. Attended by about 300 guests at a church in Los Angeles (USA), Bishop Menezes and Er. Bhandara prayed together in remembrance of one of the worst genocide attacks of the 20th century in Khojaly (Azerbaijan) on February 25-26, 1992, where the civilian population was massacred as they tried to evacuate the town – over 600 people, including 300 children, women and elderly.

Nasimi Aghayev, the Consul General of Azerbaijan in Los Angeles, pointed out how diverse religions thrived peacefully together in Azerbaijan. The prayer meeting was followed by a musical performance featuring the world-famous Azerbaijani musician, Master of Kamancha, Stanford University’s Music Teacher Imamyar Hasanov, who was accompanied by globally acclaimed pianist and composer Cem Oslu. The evening concluded with a dinner comprising an Azerbaijani and Turkish spread.