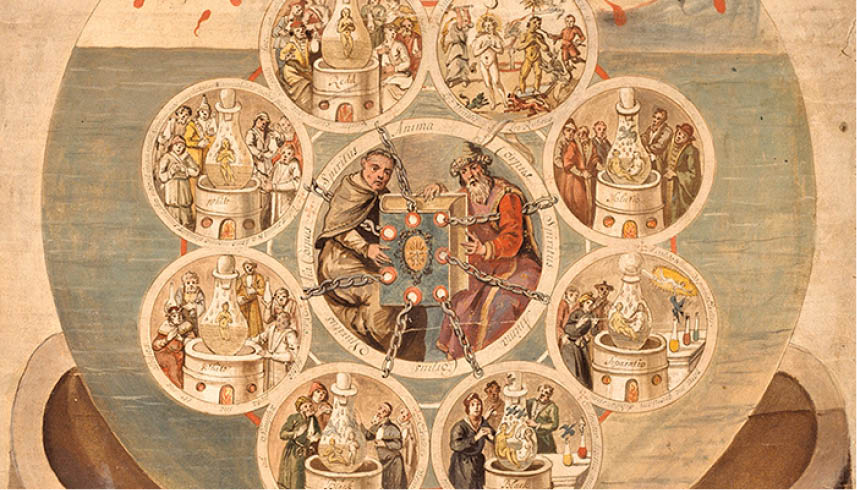 ‘Magic’ as an expression has its roots in the term Magi. The Magi or Magus were ancient Zoroastrian priests belonging to a tribe in North-western Iran known as the Medes. Darius the Great in his historic inscription on Mount Behistun near modern day Kermansha in Iran also speaks about a certain Magus by the name Gaumata. In the western world, the term Magi is most commonly associated with the Three Magi or the Three Wise Men of the East who visited the infant Jesus in Bethlehem. The ancient Magi were well versed in matters of astronomy and astrology, and that’s probably how they followed a star in their quest to find Jesus. They were also healers who healed both, with the chanting of prayers, and mixing of various plants and herbs. Thus, their powers were associated in the ancient world with magic. 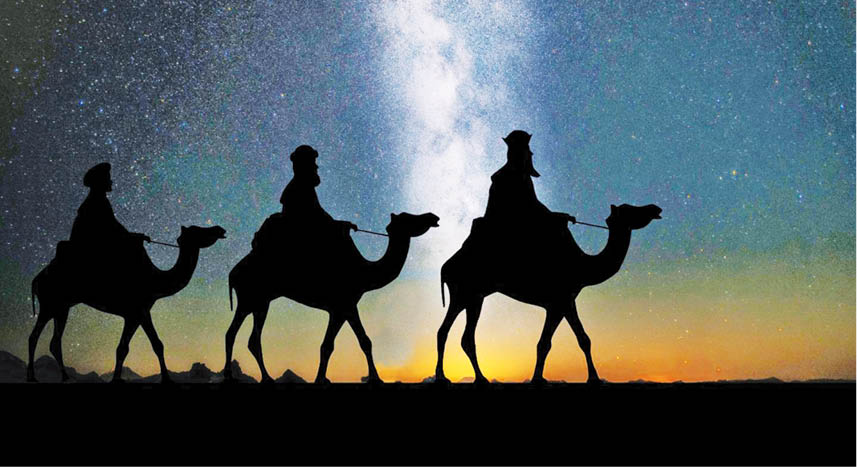 The Magi’s code of setting aside their personal needs in order to attend to a person in need of medical assistance, made the Magi respected throughout Central Asia. The Magi frequently carried the Baresman (Barsum) bundle with them, so much so, that the Baresman became the principle identifying symbol not just of the Magi, but of the Zoroastrian faith as well. Carrying a bundle of different twigs, the juices of which could be combined in different ways to treat a variety of different aliments was in some ways the equivalent of carrying a modern-day physician’s medicine bag or medical kit. Thus, the Magi were ancient doctors who healed all those who were ailing and the effect of healing was so enchanting that it was considered magical.

The ‘Magic’ of Healing through Prayers and Rituals:

The Ardibehesht Yasht which Zoroastrians pray in the ancient Avestan language refers to five types of healers:

Ardibehesht Yasht is one of the most potent among healing prayers and it is generally prayed before or in the presence of  fire, because Ardibehesht Yazata (The Divinity that embodies Truth and Righteousness at an ethical level) is the Divinity that presides over the energy of fire at the physical level. Ardibehesht bestows life and health, both of which are natural attributes of fire. Cold is associated with death and disease whereas the warmth of fire is associated with life, health and energy.

The ‘Magic’ of Healing through use of Plant Extracts:

According to the Bundahishn (a middle Persian Zoroastrian religious text), Haoma (Ephedra) is the chief among medicinal plants which can be ritually pounded to extract its juice. While Haoma is the word used in older texts, Hom is the word used in the later texts. The strained juice is then consumed in very small quantities. Priests also ritually pounded and mixed Haoma, pomegranate twigs and pomegranate leaves to produce a mixture which would be consumed with milk and water to promote physical health and healing.

Zoroastrian scriptural texts (Vendidad 3.1 and 14.8, and Ram Yasht 5) mention that Zoroastrian priests carried with them the Baresman, the mortar for pounding and extracting the twigs’ juice, and cups.

The ‘Magic’ of Spiritual Prowess:

Among Master healers who healed with their spiritual prowess the names of Azar Kaiwan Azar Gushasp Zardushi, the First Dastur MeherjiRana who visited the court of Akbar, and Dastur Jamshed Kukadaru rank very high. Azar Kaiwan is said to have come to India from Iran with 12 disciples. Some believe he was a Sufi saint of Zoroastrian origin while others believe he was a Zoroastrian belonging to an ancient order of Zoroastrian mystic priests. He first came to Surat moving on to Navsari and then to Patna, which became his main spiritual centre. India was under the Mughals during his stay. It is said, Akbar the Great had invited Azar Kaiwan to his court. However, the saint did not accept the royal invitation. Knowing the ways of the Great Masters, Akbar, far from being offended himself went to meet him at Patna.

Azar Kaiwan and some of his close disciples had amazing spiritual powers which they had acquired as a result of their constant devotion to God and service to humanity. Among other spiritual powers they could easily read other people’s thoughts, walk over water and over fire, change ordinary metals to gold and disappear at will. Amazing and extraordinary as these ‘miracles’ or feats of magic may appear, the famous English Scientist, Alfred Russell, believed, “a miracle is nothing but certain laws of Nature which we neither know nor understand.”

The First Dastur MeherjiRana was a disciple of Azar Kaiwan. Unlike his Maste, he visited the Royal Court of Akbar the Great and greatly influenced the monarch. Legend has it that a magician with the power of ‘Black Magic’ made a claim in the royal court that he could make two suns shine in the sky the next morning. The next day people indeed saw two suns. Dastur MeherjiRana with the power of Avestan Manthras brought down a shining silver plate that was reflecting the sun in the sky and levitated by the magician through malefic powers.

A staunch devotee of Dastur Azar Kaiwan and Dastur MeherjiRana was Dastur Kukadaru. He too was an accomplished Magi. He was an astrologer (he accurately predicted several events), and healed many with the power of his prayers. However, the most famous episode was the gold bar miracle. Dasturji Saheb transformed an ordinary brick into a bar of gold by praying the ancient Avestan prayers throughout the night. This was on request to cover a shortfall in the funds required for the construction of the Anjuman Atash Behram building at Dhobi Talao in Mumbai. A sum of Rupees 10,000 was raised by selling the transformed bar of gold, a very large amount of money in the nineteenth century.

In the words of Paulo Coelho, “We will only understand the miracle of life fully when we allow the unexpected to happen”. We are a huge planet with billions of living entities. This planet has been flawlessly orbiting a huge star for millions of years and with a moon that moves the sea several times each day and keeps us all alive. If all this is not a miracle or magic, what else is?