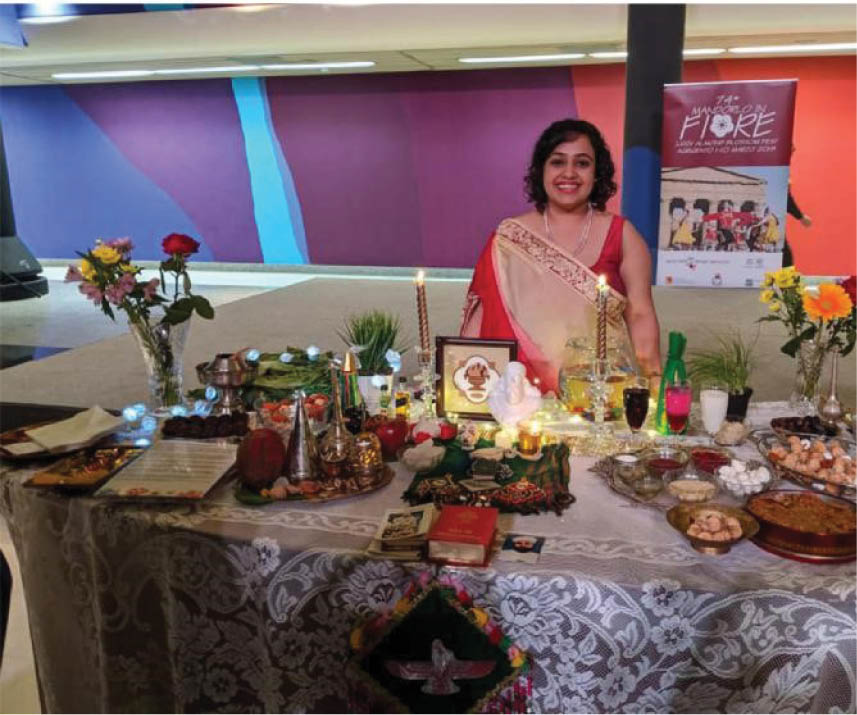 “Novruz promotes the values of peace and solidarity between generations and within families as well as reconciliation and neighborliness, thus contributing to cultural diversity and friendship among peoples and various communities”. 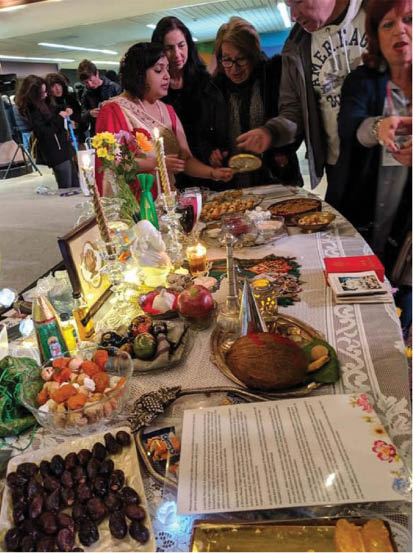 Zoroastrianism’s 7 festivals include Navroze and the 6 Gahambars – all festivals of the agricultural season. These are dedicated to Ahura Mazda, Lord of Wisdom and the 7 Amesha Spentas, or Holy Immortals. Navroze, the festival of Spring, has forever been a day of great significance for the Parsi community. The Shahnameh, written over a thousand years ago by poet Ferdowsi, credits the foundation of Navroze to the mythical Iranian King Jamshid, who saves mankind from a winter destined to kill every living creature. This is why it is also called Jamshedi Navroze, the time of cleansing the house and spiritually rejuvenating the self.

Navroze and its ancient Iranian ritual/tradition of setting up of a Navroze table unites all aspects of Creation to welcome the renewal of life. In honour of this feast, there are a series of customs marked by the number seven. This number represents the seven Amesha Spenta, the special Angels of Zoroastrianism and particular food items starting with the letter ‘S’ or ‘SH’: Sheesha (Mirror) – to smile at oneself and make a wish for the New Year; Sherab (Wine) – for Health; Sheer/ Falooda (Milk) – wealth of the Animal Kingdom; Sherbet (Sweet drink); Sahkar (Sugar) and Shaheed (Honey) – for sweetness in life; Shama (Candle) – for light; Shirka (vinegar) along with dry fruits – for Patience; Ses (a traditional silver tray) – symbolizing family unity; Seer (Garlic) – for Health; Seeb (Apple) – for beauty; Somaq (Berries) – for Sunrise; Sonbol – flowers for Spring; Sekkeh (Coins) – for wealth; Sabz (Sprouted wheat grass) – the return of life. In addition, there is also an Anar (Pomegranate with embedded silver coins) which signifies immortality; Decorated Eggs to denote fertility; and Thread-and-needle, symbolic of repairing relationships.

Aspects of nature, the animal kingdom, and man, as the host combine the interaction of the 7 Amesha Spentas, making the table an ode to nature and the environment. The environment and its protection are key to Zoroastrianism – the first monotheistic religion that emphasizes broad concepts such as the corresponding work of good and evil in the world, and the connection of humans to nature. Navroze, celebrated each year on the Spring Equinox, also fortifies this bond with nature, reminding us of our promise to Ahura Mazda to protect all of Creation.

Parzor, representing the Parsi-Zoroastrian community and India, won the First Multi-National Candidature award for India in 2009. It has been suggested that the famous Persepolis complex, or at least the palace of Apadana and the Hundred Columns Hall, were built for the specific purpose of celebrating a feast related to Navroze. Today, Persepolis is protected as part of UNESCO’s tangible heritage. While Navroze is now known internationally as the Festival of Spring, the Parsi-Zoroastrian community is not as well known. Our numbers continue to diminish; our traditions continue to be lost. At Parzor, we are constantly working towards the preservation of our ancient Zoroastrian culture and traditions.

On Navroze in 2018, Parzor first introduced the new scheme of Jiyo Parsi, in which other than Fertility Support and Advocacy, 3 new support components were added. A year later we are glad to share that we have received a great response from the community. Parzor Foundation, with the Ministry of Minority Affairs, is now supporting childcare/crèche needs of young Parsi couples, providing assistance to couples, welfare of their elderly dependants, and encouraging inter-generational ties in families. We are thankful to community members for their support, feedback and guidance and hope that Jiyo Parsi will continue to make a difference in our lives and help arrest the declining trend of the Parsi population in the country. May this New Day renew our spirit, bring joy to our families, and protect our community. Jiyo Parsi and Navroze Mubarak!