Every individual is gifted with a special talent – and when we respect that talent by nurturing and polishing it with sincerity, discipline and dedication, there’s as much a sense of unparalleled contentment as there is achievement. This is more so true in the highly competitive and thrilling Sports sector. Parsi Times Sports Reporter Binaisha Surti introduces you to some of our Community’s inspirational gems from across the nation, who share their experience to culminate in the belief that the Sports is indeed a culture that cultivates positivity and brings immense joy to the sportsperson. 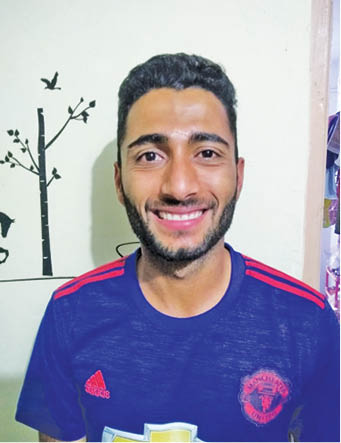 Parsi Cricketing prodigy Arzan Nagwaswalla is the toast of the Community, rising from the junior ranks and now cementing his place in the senior Gujarat Cricket Team. His talent has won accolades and his golden moment arrived sooner than he imagined. During the recently concluded Ranji Trophy season when Gujarat faced Mumbai at the Wankhede Stadium, Arzan bamboozled the host team snapping up 5 for 78, making it his maiden First Class Five Wicket Haul. This young gun told PT, “Cricket in itself teaches an individual so much about life. You learn about how to balance success and failure. This game has made me who I am today and I owe a lot to cricket which gives me immense happiness and enables me to stay positive in life. It helps you build your mind set, focus and confidence. It has changed me in a big way as I am shy and an introvert to be honest. Sports by itself makes you a better person and helps people build their own identities.” 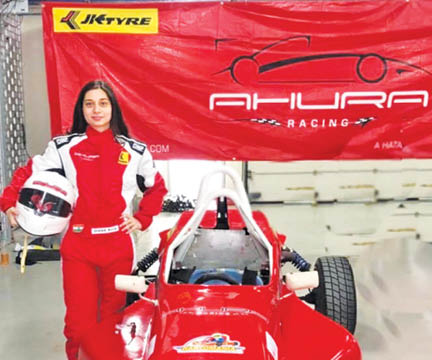 Sprightly and dynamic Diana is a professional race car driver and is passionate about motorsports, painting and music. Being in the driver’s seat, she’s already making heads turn in the racing circuit. As part of the core team of Ahura Racing – India’s First All-Women’s Racing Team which participated in the JKTYRE National Racing Championships – Diana feels an unparalleled thrill being behind the wheels! Motorsport has always been this young mother’s passion. She says, “Picking a sport that one finds interesting and is good at, should be taken and pursued seriously. It helps the overall well-being of one’s physical and mental health, giving an individual endurance and stability. The sheer experience of driving, going to that extended level of consciousness is what sets my spirit free and gives me the happiness that I need to make life worth living!” 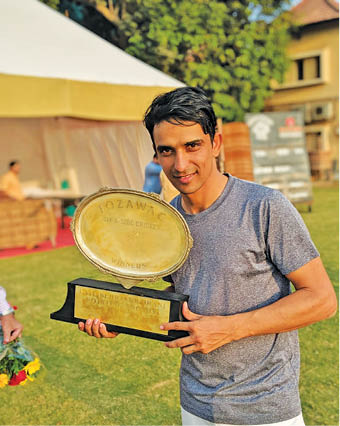 A professional cricketer and entrepreneur who aspires to bring innovation through sport, which in turn will make a difference to cricketers across the globe, Khushal has represented the Hyderabad State Team across all age group categories as Captain. Cricket has taught Khushal to conduct himself well at the same time handle pressure situations with ease. On the other hand being an entrepreneur and promoting sports through his field he added “The brand Ahura Sports creates a unique concept of customizing cricket spikes. We are catering to the needs of International Cricketers like MS Dhoni, Virat Kohli, Jasprit Bumrah, Jhulan Goswami and Smriti Mandhana to name a few. Cricket is the pedestal every human being must take to understand its benefits. It has given me a great amount of happiness to participate in major events across the country. Sports teaches you to challenge yourself and emerge victorious from pressure situations. According to me…no other aspect in life can teach an individual all this except sports.” 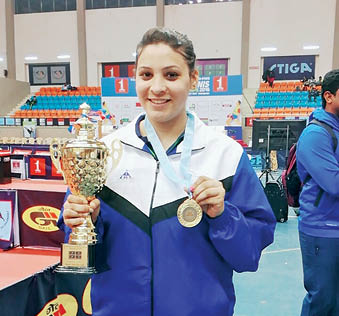 Hard work, dedication and confidence are the terms that sum up Table Tennis champion, Frenaz Taraporewalla. Having dedicated over 15 years of her life to this sport, she has represented India internationally (World Tour Tournaments) and won numerous medals at the national level and is Gujarat Number One since 11 years now. Having won matches against Olympians Manika Batra, Mouma Das and Ankita Das, Frenaz is thankful for great family support with her sister being her biggest inspiration and her father being her coach. She says, “Playing any sport boosts your self-confidence and makes you independent. It really makes you a stronger individual in every sense. By playing sport you meet so many people from different walks of life and pick up the positive aspects. Sports gives you inner happiness, increases stamina and helps you rise in life.” 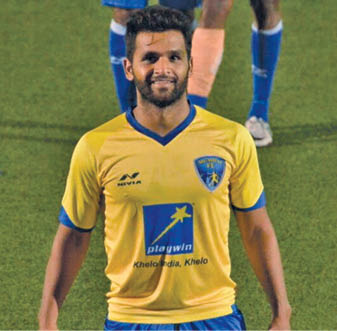 A professional football player and Coach, Ratan has represented Mumbai FC, DSK Shivajians FC Pune, Royal Rangers FC Delhi, Tata Football Academy Jamshedpur, Kenkre FC, Bombay Gymkhana and PIFA Colaba Young Stars Mumbai. “Having played in various clubs all these years, I’ve gained good knowledge of the game and I wish to share this and help youngsters and seniors play football more systematically. The game gives me immense happiness. It is a team sport, so the ‘winning joy’ is shared by all, as is the ‘losing sorrow’. It teaches you to respect your opponents and get together as one unit. Sport definitely brings the whole community together in a big way,” shares Ratan. Ratan has coached the Under-8; Under-15 and Men at Cama Park Andheri, Bandra League and Goa Aces, amongst other teams. 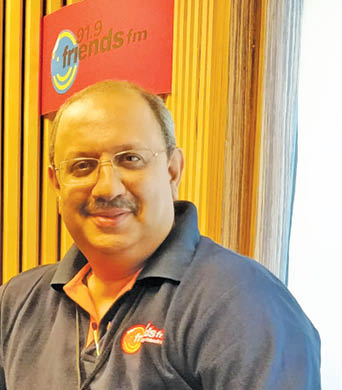 A former athlete, swimmer, football player, actively into martial arts, karate and hockey, Jimmy today is the Station Head and Radio Jockey of ‘91.9 Friends FM’ in Kolkata. In his earlier days, he was known to sprint the 100m in a mere 11.2 seconds, clinching the overall best athlete for three consecutive years.  He has been a DJ, MC and voice over artist and further stepped into the radio world…converting his passion into his profession, and continues to actively promote sports through his profession. Says Jimmy, “Radio and Sports play an important role in bringing about a close interaction and engagement with the listeners. From match updates, to player interviews, going live from the ground via cell phones and social media – all have a huge impact on the masses. We hold various contests for key tournaments and matches on Radio and give opportunities to our listeners to win tickets for the games. Sports in itself is so engaging and brings a true sense of pride and happiness.”