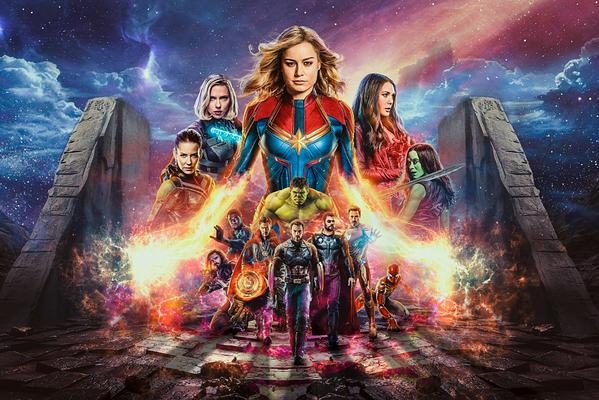 When Dr. Strange utters ‘We’re in the endgame now’, in the closing stages of Infinity War (2018), it’s possible that a few viewers would have guessed the title of this, the 22nd in the series. Directors Anthony and Joe Russo along with previous collaborators, have attempted a closure of sorts in this three-hour epic. The backstory is simple – the evil Thanos (Josh Brolin), with the aid of the six Infinity Stones, has decimated half of the galaxy’s population in Infinity War, including some of the Avengers. Among the survivors who vowed to bring an end to Thanos’s finger-snapping tyrannical powers, are Iron Man (Robert Downey Jr), Black Widow – Natasha (Scarlett Johansson), Thor (Chris Hemsworth), Captain America (Chris Evans), Rocket Racoon (voiced by Bradley Cooper) and Hulk (Mark Ruffalo).
There are few surprises here – those who’ve seen Infinity War would instantly connect to Endgame, the film indulging the fans well with the time-and-space travel segments. After all, the Marvel Cinematic Universe franchise has relied heavily upon fan loyalty though in super-hero flicks a lot seems recycled and would be seen through the 3-D glasses as deja vu. Of all the actors, Robert Downey Jr. gets the most screen-time and he utilises it well. More than an hour is spent building relationships before the Russos get down to the superheroes saving the universe. In Endgame, the end, by and large, justifies the means. Ambitious – yes. Hugely entertaining – debatable. Flawless – no.