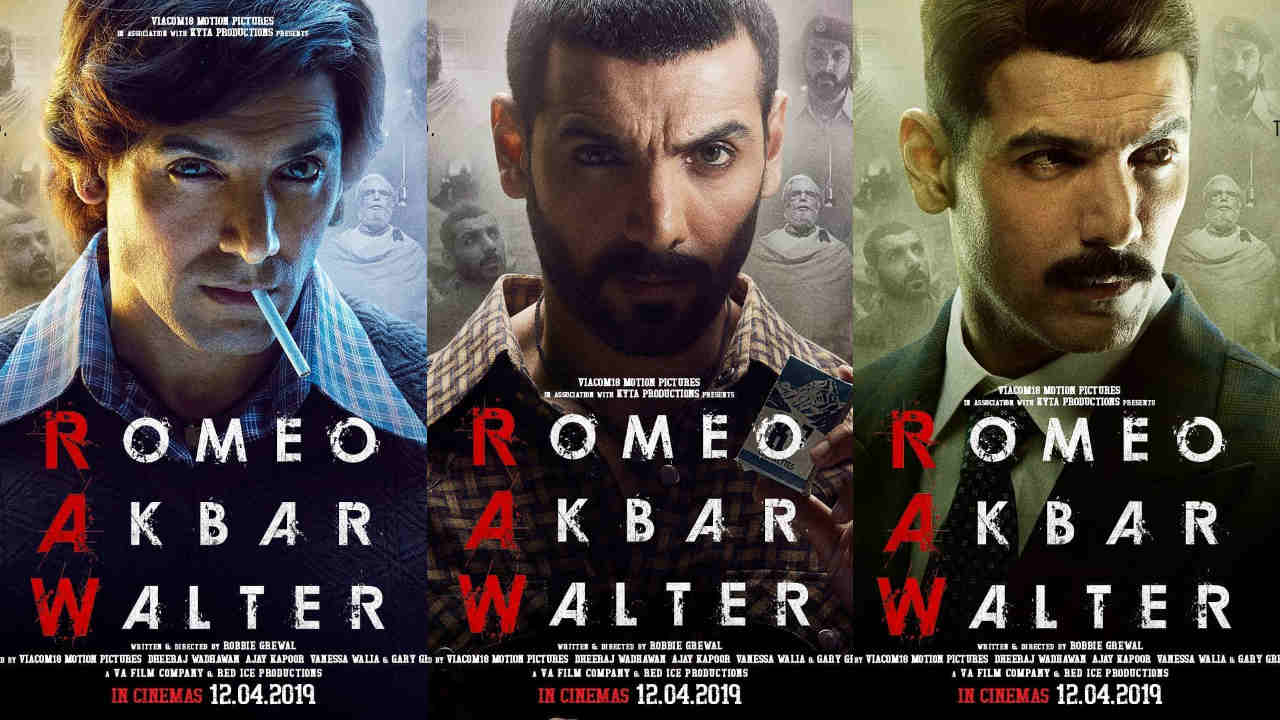 No prizes for guessing why, but films on politics, national fervour and patriotism seem to be the flavour of the season, and the rule rather than the exception. RAW (Research and Analysis Wing), the abbreviation of the film’s title, begins with black-and-white frames of an agent being brutally tortured in an ISI detention cell. Mercifully, for the weak-hearted, we are transported back in time to a fake bank heist, from where our protagonist, Rehmtullah (Romeo) Khan, a bank teller and a part-time theatre artiste who’s also a master of disguise, is personally recruited as a potential RAW agent by its Chief – Srikant Rai (a nattily dressed and gruff-voiced ‘Your mind holds the key to every lock’ Jackie Shroff).

Romeo’s job is to infiltrate the Pakistani top brass and uncover military secrets pertaining to the 1971 India-Pakistan war (with East Pakistan completing the triangle) which led to the creation of Bangladesh. And, masquerading as Akbar, secrets he does discover – notably the planned bombing of Badlipur in East Pakistan where there is a sizeable presence of Indian soldiers.

RAW’s premise has its heart in the right place but a raw, err – half-baked script lets it down. Supposedly based on a true story, the film’s narrative contains more than a fistful of cinematic liberties. The transition from Akbar to Walter is non-existent with the most implausible moments being Akbar, when chased by enemy agents, returning to the place from where he escaped! John Abraham wears his heart on his fists and biceps. Sikander Kher, as the distrustful Col. Khudabaksh, and Raghubir Yadav as Akbar’s comrade, acquit themselves well. Mouni Roy, as the love interest, seems wasted, while Anil George, as the arms dealer – Isaq Afridi, is cast well. Gujarat’s Junagadh is recreated as Karachi. The patriotic Vande Mataram comes a little too late during the closing credits whereas the opening bars of ‘Bulleya’ and ‘Allahoo Allah’ show promise. RAW attempts to tread on the heels of last year’s immensely successful ‘Raazi’ but fails miserably in the attempt.