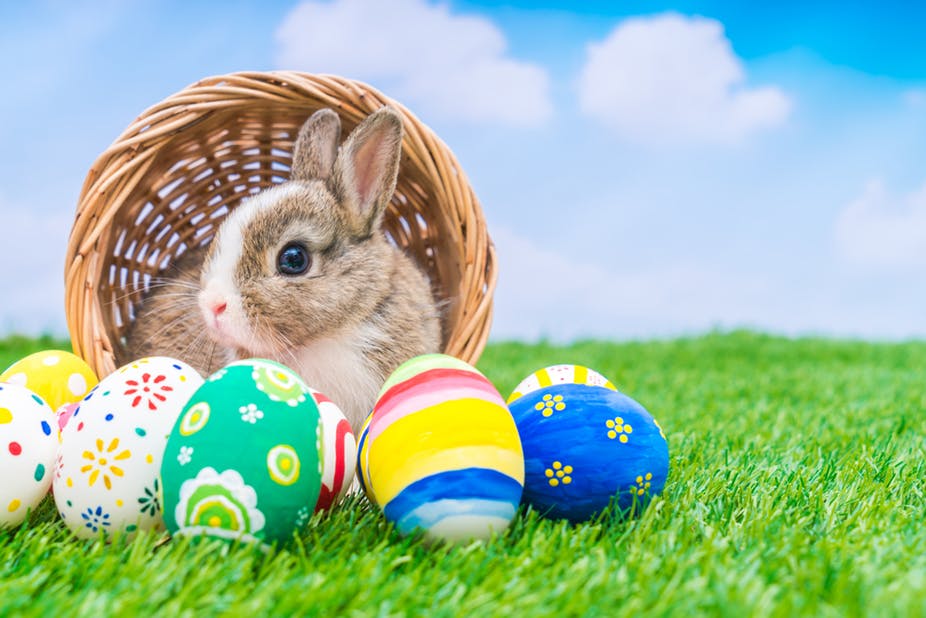 Good Friday marks the anniversary of that beautiful morning over 2,000 years ago when a man called Jesus who came from Nazareth arose from the tomb to demonstrate that life (soul) is eternal – that the man in flesh is ‘not’ the real self, but merely the physical symbol of the ever-living soul. He proved this truth and thereby became immortal as a physical Jesus as well as the Christ -consciousness (or Christos) which exists in each one of us.

As a disembodied Jesus, freed from his body, he showed his wounds to one of his sceptical followers (the doubting Thomas) proving that the physical body is not part of the everlasting soul. Jesus was a human being like the rest of us, but it was Christ within him that made him superior. The same worldly temptations were there to tempt Jesus and the same worldly people were there to taunt him and yet, he withstood them all. He proved that any man can become perfect while still in physical body.

In an occult book called, ‘Symphony Of The Zodiac’, author Torkom Saray-Darian says that the most outstanding point in Jesus’s life is His resurrection. Jesus swiftly reached his last ‘Initiation’ on Good Friday. When Jesus was coming out of his tomb, slowly regaining his consciousness on the dense physical plane, a parallel happening was taking place on the highest cosmic plane as Christ was entering his final (seventh) initiation on completing his divine mission on earth.

Why are prophets and mystics martyred? Because they promulgate Universal Truths from a higher (divine) source, not understood by the mass of humanity. Thus, they suffer a host of criticisms, lots of misunderstandings and bitter falsehoods of enemies. On Palm Sunday, Jesus bade his mother farewell because he knew that within a week, he would be betrayed by Judas and crucified.

When Jesus ‘rose’ from the grave on that first Easter morning, he proved the cosmic truth, that life is eternal. It can neither be born nor die. He could manifest himself by a phenomenon known in the occult as ‘materialization’, whereby molecules are rearranged to form a desired pattern.

Ancient wisdom teaches us that within every human heart lies a creative-flame which gives life to each cell of the physical body, to each atom of the mental and emotional body. This flame burns brightly with good thoughts, words and deeds; and hence we see some having a radiant personality. With every evil thought, word and deed, this fire dims a bit, causing disturbance in physical, mental and emotional health. When we make a conscious effort to conquer our physical, mental and emotional defects like fear, hatred, jealousy, lies, pride, greed, etc. we become increasingly receptive to the creative-flame. This is the resurrection for ordinary people like you and I, who take baby-steps on the spiritual-path. We realise that resurrection is the process of withdrawal to our Divine Source – ‘Parmatma’, where our real self or ‘Atma’ is really free, in bliss and harmony or ‘Sat-Chit-Anand’ with Divinity. Resurrection is the desire of hard work, focus and continued effort with an intense desire.

All through life, we have the choice of picking good or evil; to do the right thing or the wrong. There’s a bit of Jesus and a bit of Judas in all of us. The challenge lies in seeing the big picture by asking ourselves, “Will this help me after death?” They say you can’t take anything with you but all the good and also all the bad is taken along after death to cheer us or haunt us. Only the physical body perishes since it’s just a piece of cloth. The mental and emotional bodies are active after death and from moment to moment, while we are alive, we create our future Heaven or Hell.

Easter is a period of intensive subjective work to dig into our physical, mental and emotional tombstones. Good Friday is the time to reach for the treasure and perhaps to release its glory, beauty and light into our own life and the lives of all those we touch.